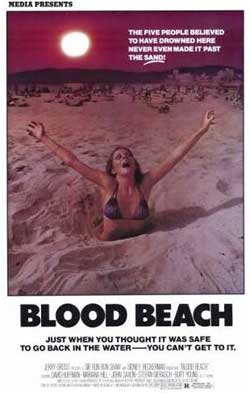 Something or someone is attacking people one by one on the beach. Some of them are mutilated, but most of them are sucked into the sand, disappearing without a trace. What is the creature responsible? Where does it live, and where did it come from? And is there any chance of it reproducing? Meanwhile, David Huffman and Mariana Hill are once-almost-married old friends, reunited over the death of her mother on the beach, and searching for clues in the abandoned buildings where they used to play when they were young.

After Jaws and way before Tremors came this 1980 curiosity called, “Blood Beach.” The concept, especially considering the year it came out, was very unique. Something is attacking the sun worshippers on a pristine beach in Southern California. Yup. They’re getting swallowed into the sand, never to be seen or heard from again. No trace. No body parts. Just what the heck is going on? 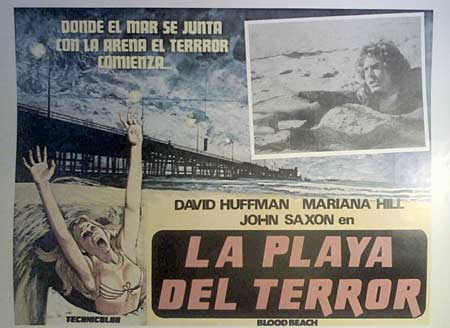 Well, that’s up to Captain Pearson (played by veteran actor John Saxon) and his band of detectives and cops including the off-putting tell it like it is Sergeant Royko (played by the ever classic Burt Young from the Rocky movies). But this case isn’t something that involves traditional police work. I mean, how do you try and fight something that one, you’re not even sure what it is and two, where to even find it?

Doesn’t help that the citizens don’t seem to be staying away from the beach. At least at first. One of them even coins the affectionate term, “Blood Beach.” The media is all over this one and the pressure is mounting to get this taking care of. Unlike Jaws there are no “summer dollars” to worry about but this is Los Angeles after all and you just can’t have a creature keeping people off the beaches. 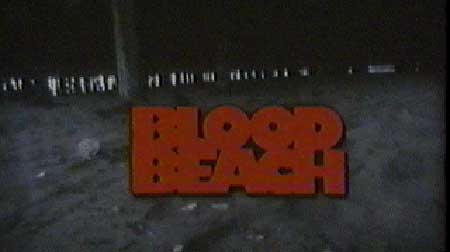 Wouldn’t it figure the first victim is a nice old lady out walking on the beach with her dog. It doesn’t take long. As soon as she exchanges morning pleasantries with harbor patrolman Harry (played by David Huffman) she bites the dust, or sand in this case. Harry hears the screams from the water but nothing more.

Soon after the woman’s daughter, Catherine (played by Mariana Hill), comes to find out what happened. Has her mother been kidnapped or is there something more sinister at work? Complicating things just slightly is the fact that she almost married Harry not so many years ago. Not the best circumstances to get reacquainted, to say the least, but her love life is going to be the least of her concerns. 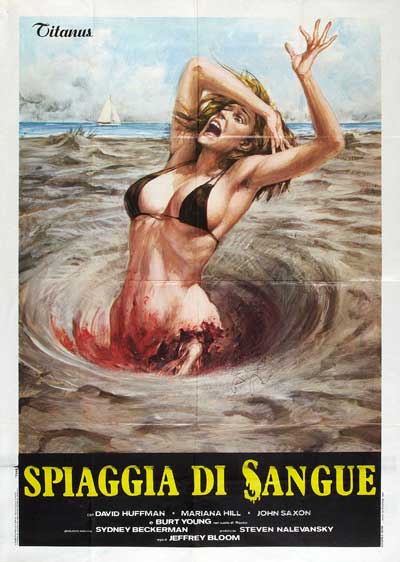 Blood Beach is not really a good film. Like any horror movie it does have its moments but poor lighting, strange dialogue and poor pacing do it in. I admit, it pains me to say that. Nothing is more frustrating than having a really cool and unique premise ruined by bad execution. Oh what this movie could have been. But for the review, I’m going to have to talk about what it is not.

Acting? It is what it is. Burt Young basically channels Paulie from “Rocky” right down to the hat he wears. John Saxon is fun to see as the police captain and he has the best line in the movie. “Just when you thought it was safe to go back in the water you can’t get to it.” Classic. The rest of the cast just seems to be there, waiting for their turn to be the next casualty. 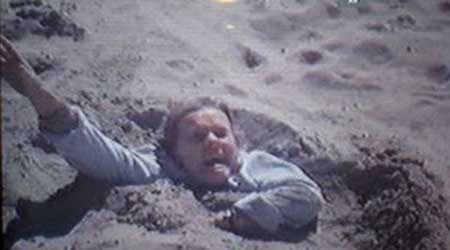 The directing is nothing special. Don’t blame the screenwriter for a poor script because Jeffrey Bloom wears that hat as well. He even came up with the story. The pacing could have been so much better and I think part of that problem seems to be a lack of rising tension. There is a term in screenwriting and film in general called “stakes are raised.” It is a moment in the film where, well, the stakes are raised but more importantly it helps propel the film’s momentum as it goes deeper into the second and third acts. 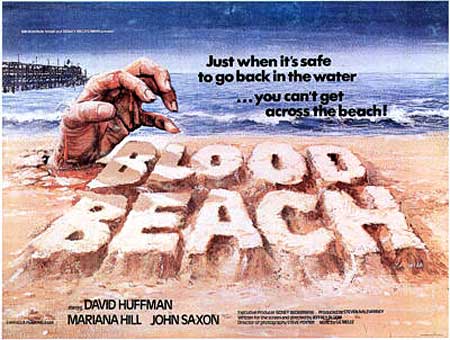 You just don’t have that here. Sure more and more people are killed but aside from that you could really care less if any of our main characters are next. Simply put there is a feeling of detachment and that almost always spells doom for a movie. 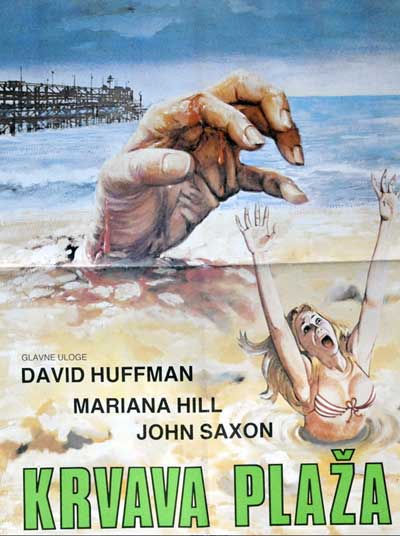 All in all I would have to say don’t see this one unless you are a huge fan of eighties horror and just have to see everything from that era. It just isn’t worth sitting through the whole film to see the few, and I do mean few, cool scenes. Did I mention that I hate a great premise ruined?