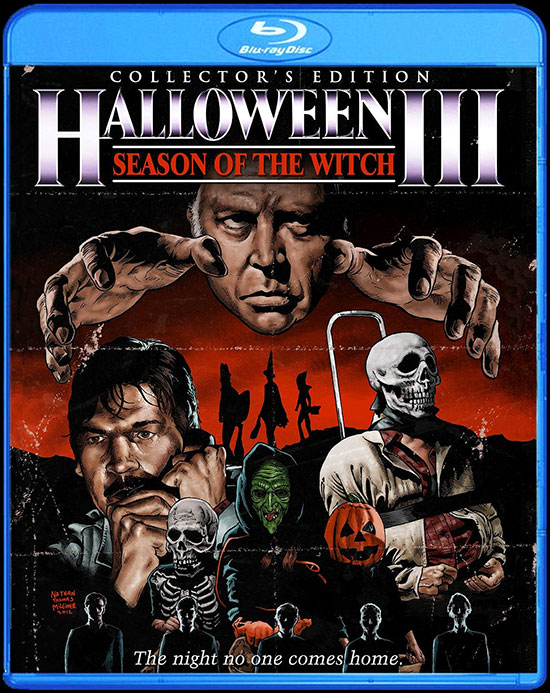 Kids all over America want Silver Shamrock masks for Halloween, but they harbor a dark agenda. Doctor Daniel Challis seeks to uncover the plot by Silver Shamrock owner Conal Cochran, with deadly consequences!

Halloween III: Season of the Witch is known primarily as the black sheep of the Halloween franchise, and for good reason. It’s the only film in the series not to feature serial killer Michael Myers, and one of a handful in the original series that doesn’t have Jamie Lee Curtis gracing the screen (though her voice is in uncredited attendance). Those facts caused Halloween III to be largely maligned throughout its existence, but it stands on its own as a unique and influential freshman horror romp from now-veteran Writer/Director Tommy Lee Wallace (It 1990, Fright Night Part 2). 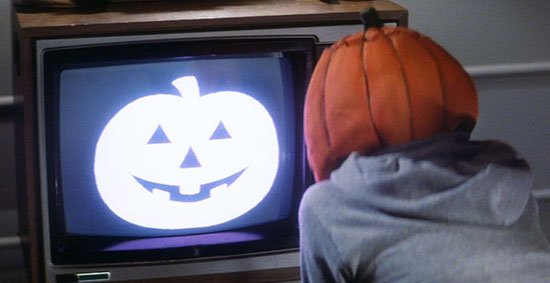 The film stars character actor Tom Atkins (Two Evil Eyes, Bruiser, Maniac Cop) as Dr. Daniel Challis, ex-husband and crappy father. When a patient is killed by a strange assailant who then immolates himself, seemingly leaving behind no body, Challis goes on a hunt to find the truth about what happened. The only thing he has to go on is a mask from Silver Shamrock, a novelty company whose headquarters Challis travels to with the murdered patient’s daughter, Ellie (Stacey Nelkin of Going Ape!, Bullets Over Broadway). Together, they confront the ominous Silver Shamrock mogul Conal Cochran—played by Dan O’Herlihy (Robocop 1 & 2, Death Race 2000)—and try to foil his evil scheme that requires children everywhere to put on his masks during a Halloween horror marathon (which coincidentally features the original Halloween film). 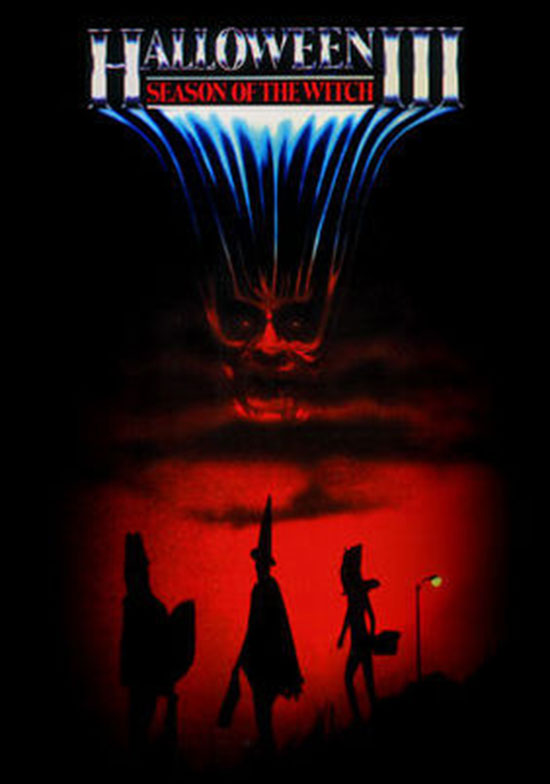 Atkins provides a solid lead as the hyper-masculine Challis, and Nelkin offers an easy going yet determined counterpart in the form of his new love interest. There’s nothing gender-barrier shattering about Nelkin’s role, and she ultimately becomes a damsel in distress, but the final scene that features her is the memorable highlight of the film. Established villain O’Herlihy plays his part as the Irish Cochran with smiles and disturbing pleasantness, and his exposition-heavy reveal succeeds only through the power of his delivery. Ralph Strait (The Beastmaster 1982, They Call Me Bruce?), Jadeen Barbor (Baretta 1975), and young Brad Schacter (Fear 1990) play the Kupfer family, a middle-America group of caricatures that visits the mask factory as guests of Cochran as a reward for selling the most Silver Shamrock masks. Their bumbling idol-worship of Cochran leads to little Brad becoming the first victim of his nefarious plan, resulting in another stand-out scene. 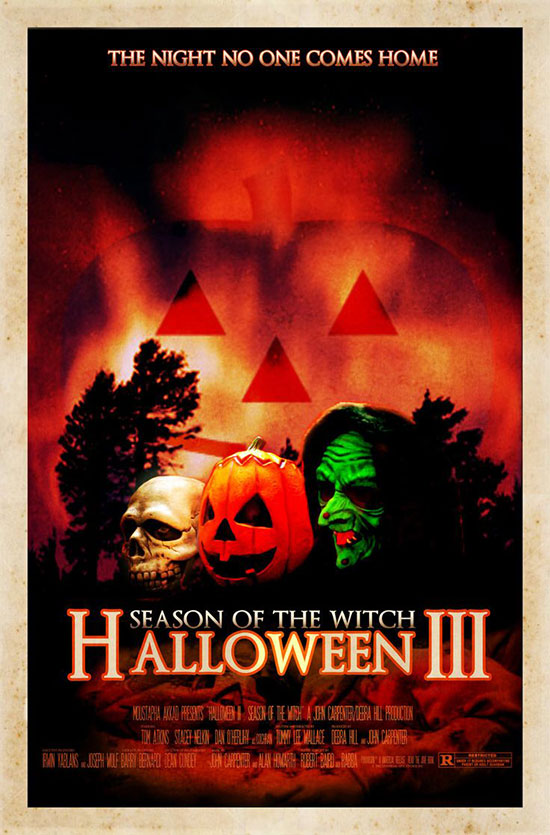 The plot of Halloween III: Season of the Witch, despite having nothing much to do with witches, pulls in disparate threads such as Celtic paganism and robot mayhem, giving the movie a refreshing feel in an era of horror films otherwise dedicated almost entirely to vampires, zombies, and serial killers. This fact alone makes Halloween III worth watching, and prods the mind to wonder what mysterious tales would have unfolded had the series continued with its original plan of being and unrelated anthology franchise. 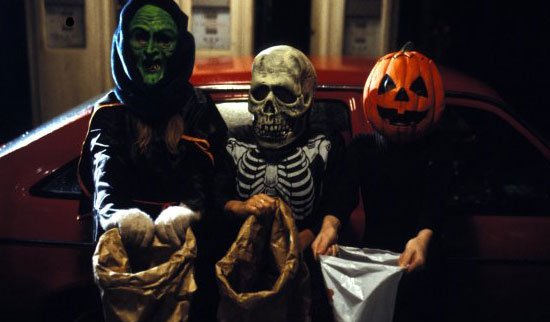 Ultimately, if you like the flavor of 80’s flicks like Fright Night, Lamberto Bava’s Demons, or The Fog (1980), then you’ll find Halloween III interesting. It’s not as strange as the wonderful The Stuff (1985), nor is it as derivative as 1989’s Offerings, but rather it falls squarely in the middle as both unique and familiar. If you haven’t watched Wallace’s 2-part TV movie opus It (which, in my humble opinion, outshines the newest iteration at every turn), then head there first. Then, if you want more 80’s charm, spend a blood-soaked 104 minutes with Fright Night Part 2. If, after all that Wallace, you still want more (I did), then you ought to give Halloween III: Season of the Witch a watch. What it lacks in tension and pacing, it makes up for with the kind of goofy atmosphere and bizarreness that only the 1980’s achieved.