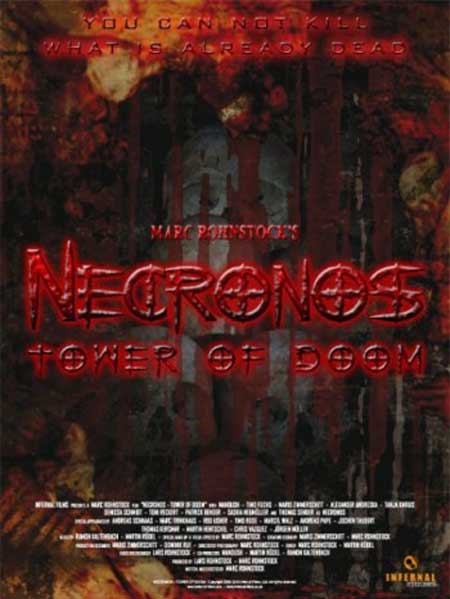 Necronos, one of the mightiest minions of the devil himself has come to earth to create an invincible army of the undead under leadership of barbaric demons, called Berzerkers. To achieve his goal Necronos needs numerous often very macabre and difficult to come by ingredients. So Satan sends him two assistants to achieve his goal – Goran, a Blood Demon and footman loyal to Necronos as well as The Mighty Witch to locate the chosen one – a virgin witch.

Marc Rohnstock’s 2010 film, Necronos (aka Necronos: Tower of Doom) is somewhat of a walking contradiction in the world of horror films. It is distributed by Troma, but it doesn’t feel like a typical Troma film. It has a runtime of over two hours (two hours and seven minutes, to be exact), but it flies right by, never dragging or feeling sluggish. It has so much going on at all times, but if you really think about it, there is a very simple story being told. And somehow, as far as I’ve found in my research, it is one of those movies that people either love or hate, no middle ground allowed. 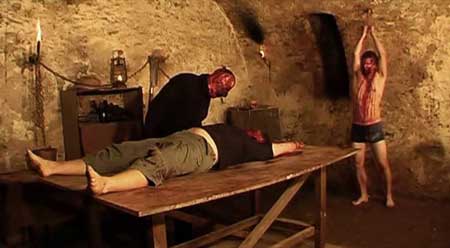 Necronos (written and directed by Rohnstock) is about a wizard from times of old (not coincidentally, he is named Necronos, and played by Thomas Sender) who comes back years later in order to exact absolute revenge. He has plans to create an army of the undead in order to take over the world. But to be able to do this, he needs a little help, and so he asks who else but Satan to assist him. According to the devil himself, in order to exact this ultimate revenge and turn the world into what would essentially be a living hell, he will need to create a Berzerker. And in order to create a Berzerker, he will need a little help from his old pals Goran, a disfigured, servant creature (Timo Fuchs) and the powerful witch (Manoush). Their job is to collect the pieces needed to put together a Berzerker, “pieces” being human parts from unwilling human victims, of course. So, without further ado, let the bloodshed begin! 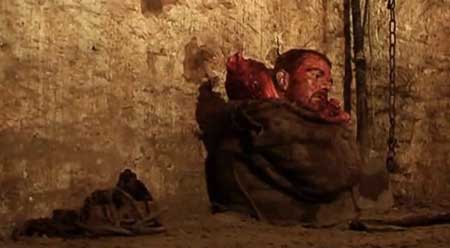 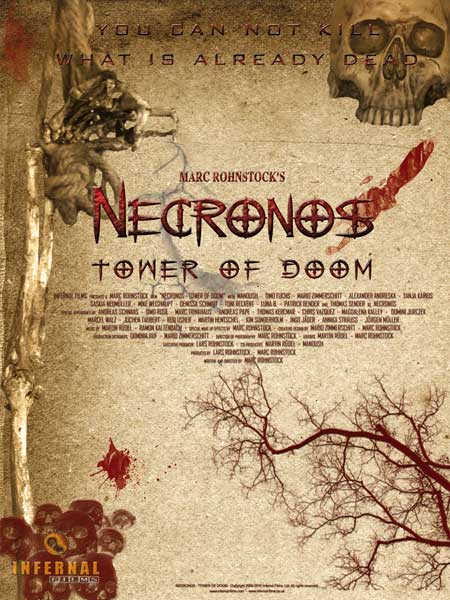 While it might be a little thin on story, this movie is wall to wall gore, from the opening minutes to the very last scenes. And lucky for us, it’s well done gore. Most of the film moves along much like a typical American slasher: we get the general idea, the backbone, of a story, but mostly we focus on the creative ways our victims are disposed of. And believe me, there are a lot of victims in here. We open with a bit of eye torture and move on from there; people are chopped up, a pregnant woman is de-babied and the baby is pulled apart, bodies are forced into a large blender-like machine and reduced to a thick, gory liquid (Goran survives on human flesh and blood, by the way), and there is a spike impalement scene that would give Cannibal Holocaust a run for its money. And all this is just in the first hour of the movie! If you are a gorehound, you will not be disappointed here. 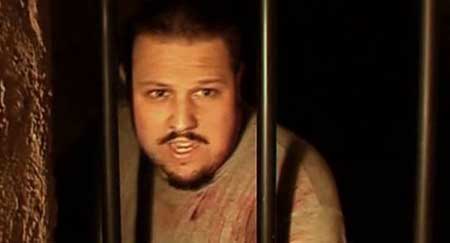 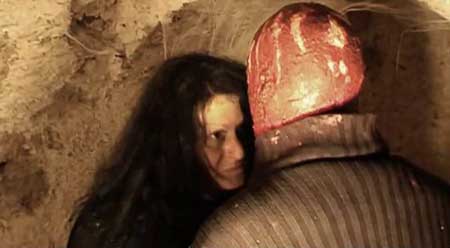 Aside from the high gore content, Necronos also features a plethora of cameos by familiar faces in the German splatter/horror scene. Among the victims in this film, you might recognize Marcel Walz (La Petite Mort), Andreas Schnaas (Violent Sh*t), Timo Rose (Barricade), Magdalena Kalley (Game Over), Annika Strauss (German Angst), Andreas Pape (Mutation: Annihilation), and so many more. It’s like the German splatter all-star team over here.

I mentioned before that Necronos is one of those “love it or hate it” movies, with virtually no middle ground. Well, I for one absolutely loved this film. The effects are fantastic, the plot is simple but still developed enough to make me care – there is more to this than a plotless highlight reel of killings. And like I said, this movie might technically run just over two hours, but it grabs you and draws you in right away, then keeps you constantly entertained, never slowing down. 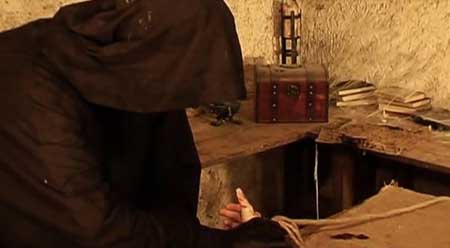 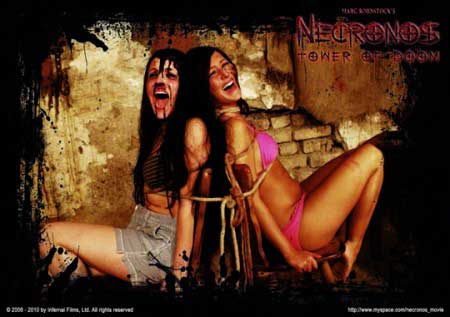 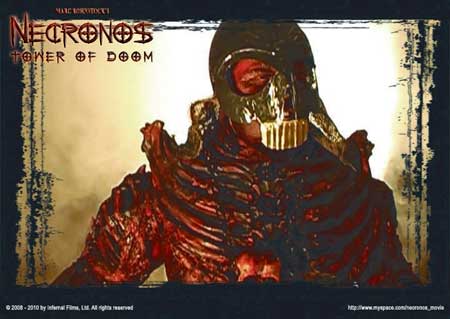 At worst, it might be accused of being repetitive: Goran is summoned by Necronos, is given orders, goes out and kills people, then comes back, is given further orders, goes back out, rinse and repeat. Characters aren’t highly developed, but then again, many of them serve only as fodder for the demon-machine plowing through the landscape. And the acting isn’t award-worthy, but it is certainly passable. If you’re a fan of the boobs, blood, and gore formula, or just want a good, energetic German splatter film, you’ll no doubt love this one, and probably end up wondering, right along with me, why more people don’t love Necronos.