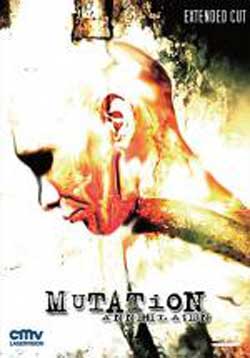 Stop me if you’ve heard this one: So, Timo Rose is a German movie maker – a writer, director, actor, producer, special effects guy, cinematographer…if it needs to be done to get a movie made, Timo Rose does it. One of his earliest projects, starting back in 1999, was the Mutation trilogy (Mutation, Mutation 2: Generation Dead, and Mutation 3: Century of the Dead). Since then, he has done much better work, has honed his craft as a director and editor. It would appear that he agrees with my opinion, because in 2007, five years after the third movie of the trilogy was released, he came back and re-cut parts two and three into one film – Mutation: Annihilation. And when I say cut, what I really mean is that he chopped these movies to bits. What once was a one hundred and eighty-four minute experience (part two and three, back to back) became a seventy-two minute breeze, with a few new digital effects added in here and there (mostly explosions and CG blood). Not only that, but we ended up with a different, somewhat more hopeful story. Still no English subtitles, though. 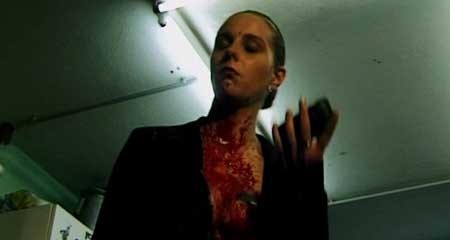 Annihilation opens with Benny (Andrea Pape) narrating his story. He goes over the details of K-7, the serum the Nazis used in World War II in hopes of creating super soldiers, and how Mr. Goldmann (Thomas Kercmar) is now in possession of the remaining batch. Goldmann has been testing it on people, with mixed results. This is almost the only piece of part two that remains in the new edit, so quickly we are caught up to the events originally found in part three, but some now moved around and with different effect. Benny is left for dead by Goldmann and his men, so he seeks revenge, organizing a group of allies to take him down by any means necessary, including taking out his daughter, Laura (Anja Gebel). In the meantime, Hauser (Jens Massmann) has mutated into something other-worldly after exposure to K-7, and he creates an army of the undead by dripping his own blood throughout the cemeteries, which sets up the events that lead to the new ending of this movie. 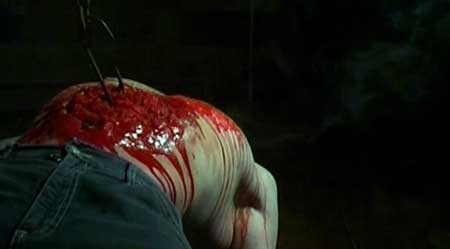 Gone from this new version are a lot of the tedious dialogue sections that didn’t seem to advance the story, as well as a big chunk of the zombies wandering randomly around town, and, well, most of part two. But still here are the majority of the gore effects, now seeming even more exciting thanks to the fat being trimmed from around them. And remember, part two had effects work by the master, Olaf Ittenbach, so you know you’re getting some good stuff here. We still get the bloody, gory, Hellraiser-like scenes of flesh torn from bodies by hooks and chains from part two, as well as the weed whacker to the face kill by Alenka (Yvette Moreaux) from part three. I feel confident saying that none of the “good” stuff from either movie ended up on the cutting room floor when Mutation: Annihilation was edited together. 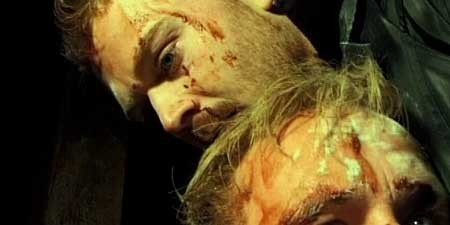 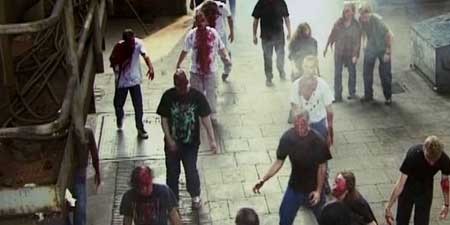 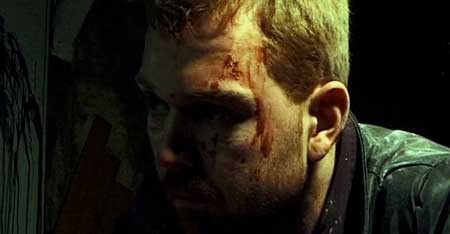 As usual, I’m not going to go into spoilers, but I will say that this new version has a very different ending than what we saw before. And with so much of the extra stuff cut out (gone are entire side stories that simply distracted from the main storyline), it flows much smoother. It’s a much better film than the previous three combined, and as I mentioned before, this is no doubt thanks to the experience Rose was able to accrue as his career advanced. At the same time, there’s only so much one can do with scenes taken directly from movies that didn’t work, even if a couple new scenes are added in right at the end. We’re still working with what we had before, just in a condensed version, and what we had before wasn’t so great, so Mutation: Annihilation is not perfect by any means. This new story is easier to get through, and so easier to recommend, but I would still point horror fans toward Timo Rose’s post-2007 films instead.