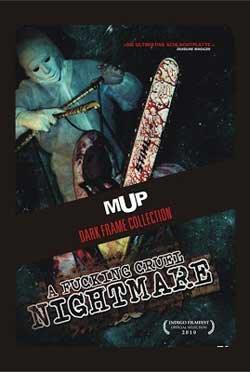 In what may or may not all be a (f*cking cruel) nightmare, a man wanders around a series of plastic-coated corridors, observing as a number of helpless victims are brutally murdered before him. Tables are turned slightly for the nightmare’s second half, but it’s still just another forty five minutes of repetitive torture. That’s about it, where plot is concerned.

“This film contains loads of cruel, nasty, brutal, sick and violent scenes,” reads the opening coda to A Fucking Cruel Nightmare, promising something akin to August Underground, Jackass and South Park. “Therefore it should not be seen by anyone of you.” That opening message, complete with grammatical error, typifies the film which is about to follow. A Fucking Cruel Nightmare has a clear agenda in mind, and doesn’t let a little thing like plot or a script get in the way of that. 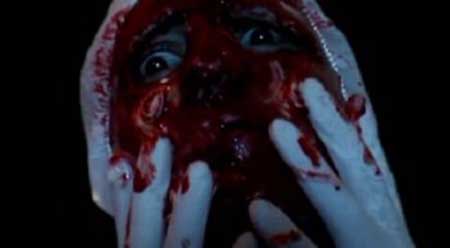 In this apparently German splatter film (it could have come from anywhere in the world, since no-one in the film speaks a word, beyond the awkwardly translated opening text) a man wanders from one identical room to another, observing while a serial killer violently murders a procession of lookalike victims. Eventually they get bored of being murdered and take it in turns to murder him instead. A Fucking Cruel Nightmare is a very difficult movie to write about, given that it’s as close to plotless as it’s possible for a film to get. It recalls the work of early Herschell Gordon Lewis, Olaf Ittenbach and Bill Zebub, being little more than a series of barely connected vignettes, each with exactly the same music cues, barely competent gore and bad acting every time. Taken as a piece of performance art it’s fine, although it lacks the authenticity or grit of something like The Bunny Game or Grotesque.

Check out the trailer for A Fucking Cruel Nightmare (2010) 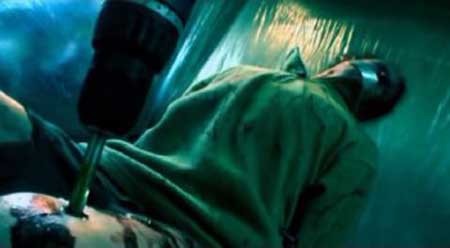 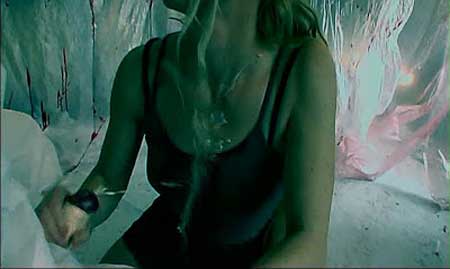 Ironically, given how offensive it claims to be, fans of extreme cinema are unlikely to be impressed by much of it. The gore looks fake, the blood too watery and red. The opening chainsaw kill isn’t too bad, but there’s nothing which will surprise those used to this sort of thing. It does do a fine line in penile torture though, this coming closest to the offensiveness it so obviously craves. Amateurish as it may look, legs will be crossed as the killer pushes a thin needle into an orifice where thin needles really shouldn’t go (think Guts from Chuck Palahniuk’s Haunted). Moments later, he lops off a lovelength and bathes in the ensuing jet of blood. Because that is totally how the human body works. It’s an equal opportunities massacre though, with the ladies coming in for just as hard a time as the gents. Fake as the testicular torture and genital mutilation might appear, the film does have its moments. Were it about an hour shorter, A Fucking Cruel Nightmare would be an interesting experiment and nice calling card for director Sebastian Zeglarski. As it is, there’s no reason for it to be even nearly this long. Many viewers won’t have the patience to see it through to the end, which is as bafflingly meaningless as the rest of the film. 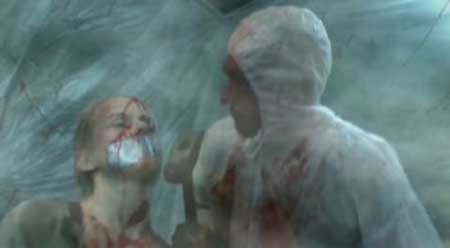 Amongst the highlights – of which there are actually more than one might expect – are some nifty bits of imagery (the villain does look good, and there’s one weird looking scene in which he and a gang of similarly disguised goons wrap duct tape around their heads) the creepy synth score (overused as it might become) and the film’s overall punk, devil may care attitude. It doesn’t matter if you dislike this movie, because the director actively wants you to hate it. It’s an immature attitude, but one which serves A Fucking Cruel Nightmare well. It’s effectively review proof. 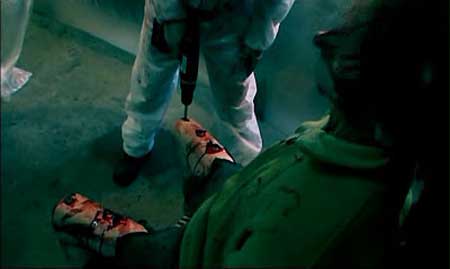 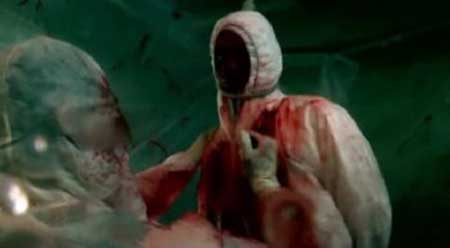 Despite its best attempts and protestations otherwise, A Fucking Cruel Nightmare is an oddly forgettable piece of ‘extreme’ cinema. With a distinct lack of plot, scares or believable gore effects, it’s unlikely to give anyone nightmares – of the f*cking cruel variety or otherwise.