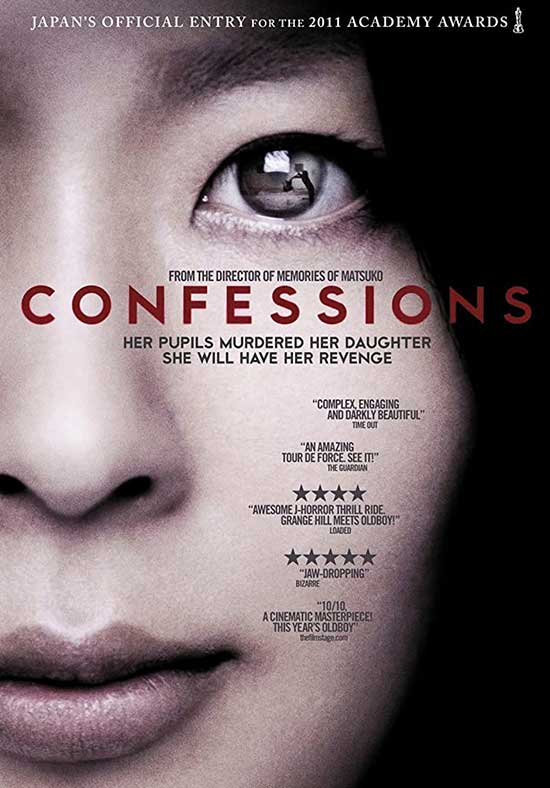 A psychological thriller of a grieving mother turned cold-blooded avenger with a twisty master plan to pay back those who were responsible for her daughter’s death.

Tetsuya Nakashima’s 2010 thriller Confessions offers genuine suspense, bleaker than bleak atmosphere and fantastic performances. It is a twisted tale to say the least, but one that will assuredly stick in your mind for years to come. 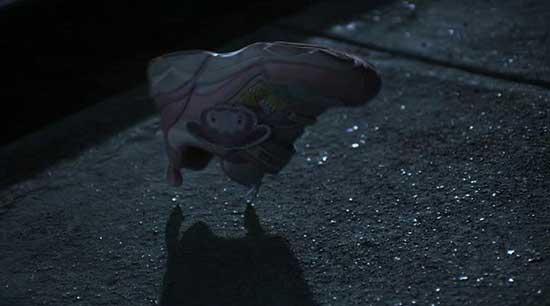 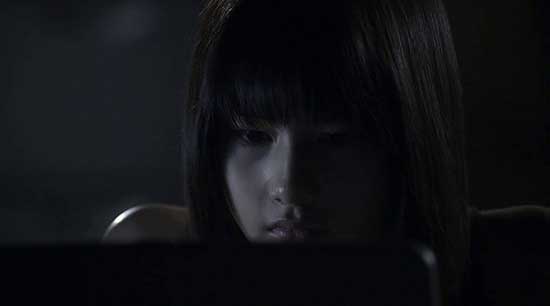 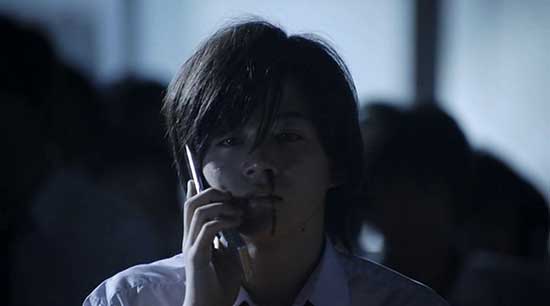 Junior High teacher Yuko Moriguchi (Takako Matsu) informs her rowdy class of her plan to resign as the school spring holiday begins. What starts as a timid speech, spoken to distracted and utterly uninterested audience soon takes another form as Yuko delves into her personal life and the death of her beloved daughter Manami (Mana Ashida). She promptly reveals that she knows that two students in the class are responsible for the seemingly accidental death and even goes into detail about how this horrendous act happened. While she does not reveal the names of the culprit, she does confess to injecting their afternoon milk cartons with HIV positive blood, causing the whole class to descend into a state of complete panic, with the two culprits clearly known by their reactions.

It might seem like I just gave away the major part of the film’s plot, but what I just described is merely the first half an hour of Confessions. From there on this tale of revenge takes the viewer on twisted journey of spiralling despair, as seen from various points of view in the centre of this tragedy. While Yuko and her mission of vengeance remains at the core of the story, much of the film’s running time is indeed taken up by examining the situation through the lenses of the two murderers, their loved ones and a few unfortunate individuals caught in the middle of it all. This offers an interesting window to the events, giving you a more multicoloured perspective on things and adding an extra layer of intrigue to the story. However, it does not mean that the film offers any sympathy to the young criminals. While both individuals come from a background that could potentially explain their actions somewhat, in the end, both are shown to be callous and unfeeling, bordering on psychopathic and definitely deserving Yuko’s revenge. Caught in the middle is a fellow student Mizuki Kitahara (Ai Hoashimoto) whose misguided sympathy for one the murderers ends up in tragedy, further demonstrating the complete disregard he has for other people and absolutely wiping away any notions of empathy towards him. 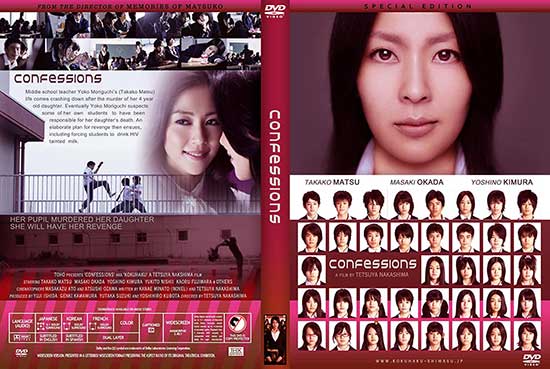 Revenge may be the main event of the story, but alongside it run themes of grief, motherhood, loneliness, and acceptance. Nearly everyone involved in these set of events is grieving something, battling with loneliness and/or desperate for someone to notice and accept them. Despite the similarities, they share no common ground, as all are equally pernicious in their own way. However, it is mothers and motherhood that form the real essence of the story. Confessions is not simply a story of one mother’s grief, but along the way examines abandonment, lost connections between children and parents and the desperation of not knowing or understanding your child anymore. In the end it is the mothers that are the key to Yuko’s revenge and her carefully laid plans echo through the lives of those involved in a most horrid way imaginable. 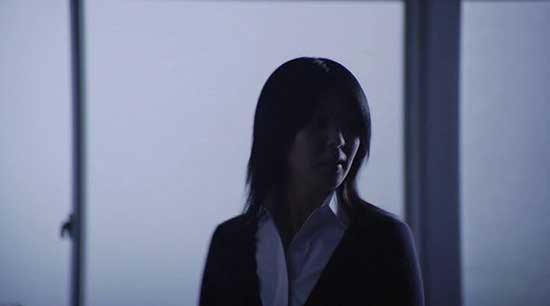 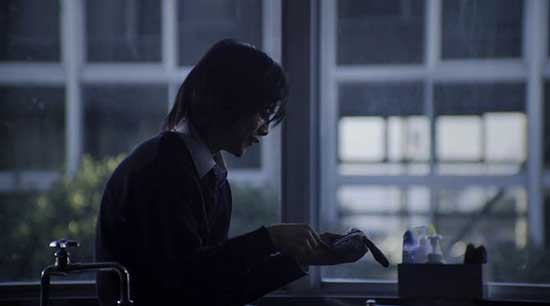 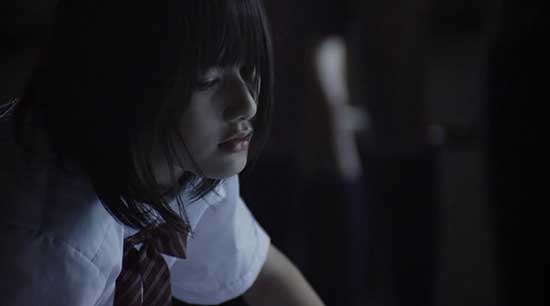 Takako Matsu is absolutely fantastic as Yuko, offering a chilling portrayal of a woman pushed over the edge by grief.  Yukito Nishii and Kaoru Fujiwara are equally well cast as the two young culprits, with Yukito doing a superb job in making his wannabe-psycho character as unlikable as anyone ever could and Kaoru going full tilt at the complete psychotic breakdown of once gentle child. Wonderfully eerie stuff all around. 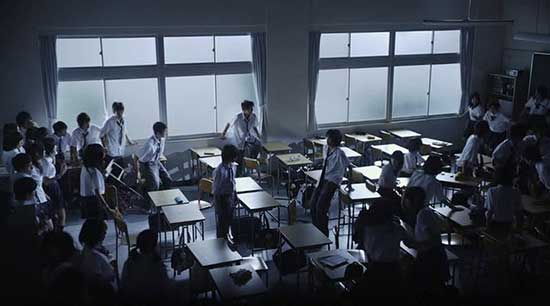 Confessions is a brilliantly woven thriller that takes the viewer to places you might not necessarily expect. It is bleak as hell and offers very little levity to counterbalance all the darkness, but it does not really need to either. The way the story twists and turns is sure to keep you interested even through the drearier parts and as with any good thriller, the end in all its gruesome glory, is more than satisfying.