As the year 2015 comes to a close, I think about all of the really good films I’ve seen over the past 12 months, and I smile to myself contently. But thinking of the good ones inevitably leads me to think about the bad ones, and my smile turns upside down into a frown. This year there happened to be some incredibly putrid examples of horror films, both big budget and small. But before I proceed onto the terrible ten, I have to give some films credit for being especially bad, but not quite bad enough to make my final list. Films like Rec 4: Apocalypse, which just happens to be the least apocalyptic film with apocalypse in the title ever produced. Someone should’ve told the producers of Jurassic City that utilizing Playstation 2 graphics to animate your dinosaurs just doesn’t cut it in 2015. Hopefully the producers of Final Girl will take heed and make this their final film. I pray that the people behind The Sand bury their heads in it before trying to make another film. And although I didn’t see it, I’m told that Paranormal Activity: The Ghost Dimension was particularly bad. So while I can’t include it on my official list, I can give it a shout out! Lastly, if you’re planning to tune into The Horror Network Vol 1, do yourselves a favor and choose another channel.

You’ll notice that I’m only including horror films here on my list. Else you’d see films like The Fantastic Four (Craptastic Bore is a far more apt title) and Terminator: Genisys (The nail in the coffin for the once venerated, now devastated Terminator franchise) listed here among others. And I’d be remiss if I didn’t mention Chappie, which was just crappy. But this is Horrornews.net isn’t it? Now let’s get to the terrible ten… 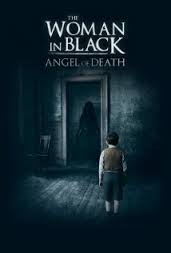 10/ The Woman In Black 2: Angel Of Death
Written by Jon Croker. Directed by Tom Harper. An absolute bore that is a prime example of film makers forgetting about atmosphere, and falling back on silly jump scares in a wrong headed attempt to try and scare its audience. This is doubly sad when I think about how its predecessor so successfully utilized atmosphere to develop a sense of unease to its audience. Simply put, this woman is wack. 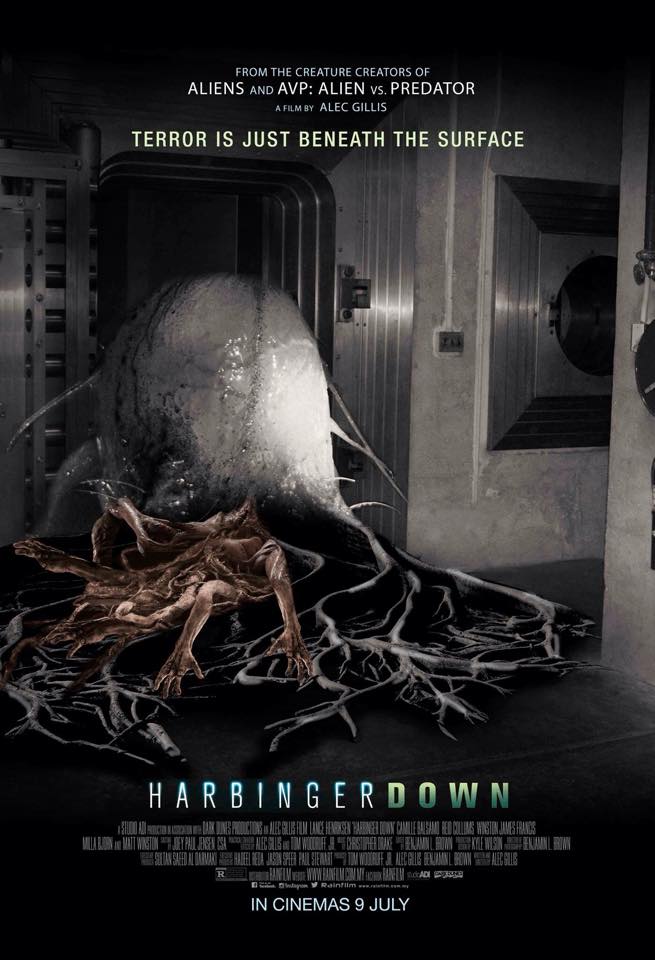 9/ Harbinger Down
Written & Directed by Alec Gillis. The most disappointing thing about this is that it was publicized as a return to practical special effects, and that those effects were created by two recognized masters of that art: Gillis & Tom Woodruff Jr. The script (also by Gillis) makes everyone just about as dumb as someone can be, and the vaunted practical effects are a complete let down. Probably the biggest disappointment of the year for me. A terrible waste of time, money & effort. 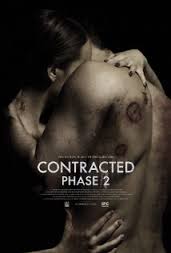 8/ Contracted: Phase II
Written by Craig Walendziak. Directed by Josh Forbes. As a fan of the first Contracted, I was quite eager to sit down to watch this sequel. But much to my horror, Walendziak’s script does everything it can to toss away everything that made Eric England’s script of the original film so good. In actuality, Walendziak (& by association director Forbes) seem to think that their entire audience is made up of the blind, because some of the things that happen in this film are so obscenely stupid, that I have no choice but to assume that they believed we couldn’t see. It’s so over the top stupid that I got insulted by it after awhile. Here’s hoping that the proposed third entry of the franchise is a bit less imbecilic. 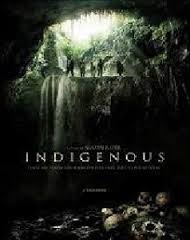 7/ Indigenous.
Written by Max Roberts. Directed by Alastair Orr. This was filmed on location in Panama, so the cinematography ain’t half bad. But everything else about this snooze fest reeks to high heaven. Another example of a found footage film that believes audiences will sit still to watch a bunch of twenty somethings frolic on the beach for 60 minutes before introducing some Chupacabras that are dead ringers for the cave dwellers in The Descent (2005). It’s so bad that the scriptwriter took his name off of the film’s IMDB page. But then again, maybe director Orr wrote it as well, and didn’t want people to know that. I know I sure wouldn’t. 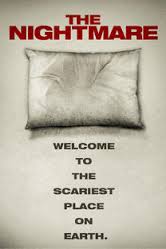 6/The Nightmare
Directed by Rodney Ascher. There’s no writer here because the film is mainly a series of interviews with people who’ve experienced a condition known as Sleep Paralysis. The film dramatizes the nightmares these subjects have as they’re literally paralyzed in their beds. All I’ll say is the The Nightmare certainly was a nightmare – to sit through. 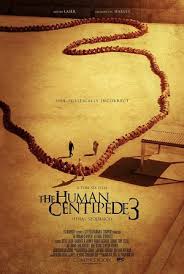 5/ The Human Centipede 3 (Final Sequence)
Written & Directed by Tom Six. I was warned by a good friend to avoid this one at all costs. But as a fan of both HC1 & HC2 (Yeeah I liked ’em both. So what?), I was honestly looking forward to this one. Especially since the crazed Dieter Laser was returning back to the fold as a deranged prison warden. But I knew I was in trouble once I heard Laser screaming inanities in his thick German accent. So thick, that I could barely understand what he was saying throughout the film. Lawrence Harvey (from HC pt. 2) also returns, but all he does is get yelled at and kicked around. But lo and behold, this film also stars former Prince of Hollywood Eric Roberts (who must’ve been short a yacht payment or three to accept this part). But what really put me off to this (literal) shit fest was the jar of dried clitorises (you read that right), that Dieter’s loony character kept on his desk to snack on (you read that right as well). Being ridiculously vile isn’t witty Mr. Six, it’s just ridiculously vile, you f**king idiot. 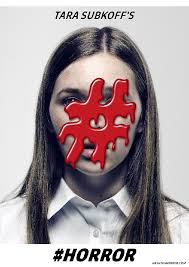 4/ #Horror.
Written & Directed by Tara Subkoff. I suppose a horror film that’s also acting as social commentary on cyber bullying can be interesting. Toss in a slasher who’s slicing and dicing people and you have the makings of something unique I would suppose. Sadly all writer/director Subkoff has accomplished here is something akin to the most pretentious (& dull) horror film ever made. Add some immediately unlikable young girls who spend nearly all of their screen time being snotty little punks as they continually shame each other, and a few established actors like Timothy Hutton, Chloe Sevigny and Balthazar Getty (who must’ve all owed Ms. Subkoff a favor), and what do you have? #APrettyLousyFlick. 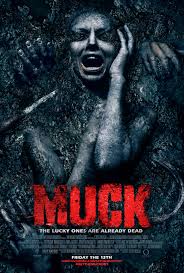 3/ Muck
Written & Directed by Steve Wolsh. Naming a town “West Craven” is about as witty as Muck gets. And that ain’t very witty at all. Starting the film in the middle is also an attempt to stand out, but all writer/director Wolsh manages to achieve is confusing his audience. I really wish I could explain Muck to you, but I can’t. I don’t think anyone can, not coherently anyway. It does feature a group of dummies being attacked by a group of albinos led by Kane Hodder, who plays a character named Gnawsome Crutal (is that supposed to be funny or cool? I can’t tell). Nothing in this film makes any sense, but we do get more than a few scenes of women disrobing for no other purpose other than to disrobe. The albinos also have the annoying habit of ripping off their victims shirts/blouses before they kill them, so we get to see even more boobs. The scariest thing about Muck is that it’s the first of a proposed trilogy! What the muck are they talking about? 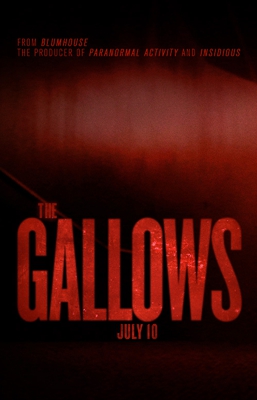 2/ The Gallows
Written & Directed by Travis Cluff & Chris Lofting. Oh my lord. What can I say about this one that hasn’t been said already? Some dumb kids break into a school to destroy the set of the play that’s supposed to take place the following day. Unfortunately for them, the ghost of a student accidentally hung while performing in the same play some years back is haunting the school. I’d read a short interview with Jason Blum, the founder of Blumhouse films before I saw this, and this is what he said about Mr.’s Cluff & Lofting: “These guys really figured out an organic way to scare people with found footage“. I dunno who Blum thought got organically scared (what does that even mean?), but I suppose realizing that you’ve spent at least $10 to see this crapfest could be scary. An absolute waste of time that isn’t the least bit scary. I’ve found scarier things in my fridge. But this was quite successful at the box office, which only gave Mr. Blum the funds to purchase a bigger mansion. 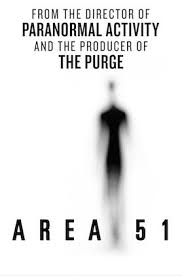 1/ Area 51
Written by Oren Peli & Christopher Denham. Directed by Oren Peli. Production on this film started in 2009. In 2011, CBS Films hired Chris Denham to do some rewrites on it. Director Oren Peli did some reshoots early in 2013. Later that year, the ubiquitous Jason Blum announced that the film was “Finished”, but Peli was still doing some tinkering with it. In March 2014, Blum once again proclaimed that the film was finished, and could see a VOD release. About a year later Blum told a Twitter user that there would be news on the film “Very very very soon“. About another year later, Blum announced that the film would open exclusively in Alamo Drafthouse theaters and on VOD platforms on May 15th. So a film in which absolutely nothing happens took nearly 6 years to complete. Doesn’t that make you wanna wonder why? Well, if you were unlucky enough to see it (as about 47 people and myself were), then you’d understand why. Area 51 wasn’t written, it was excreted. I cannot imagine Jason Blum, or anyone else for that matter, could look at this and think it was salvageable. I can’t even explain what’s going on in the movie because after about 30 minutes of looking and listening to characters babble on, but generally do nothing, I was in a comatose state. I’m sincerely considering having a witch toss a pox on Blum and Blumhouse productions, because he’s responsible for a lot of movies so heinously bad that I think the move going public is being harmed by him and his films. If you’re at all interested in joining me, temper your enthusiasm. This man just might be the Antichrist, and I’m not ready to do some tussling with the spawn of Satan just yet. I’ll just avoid his films from here on in. You should do the same.