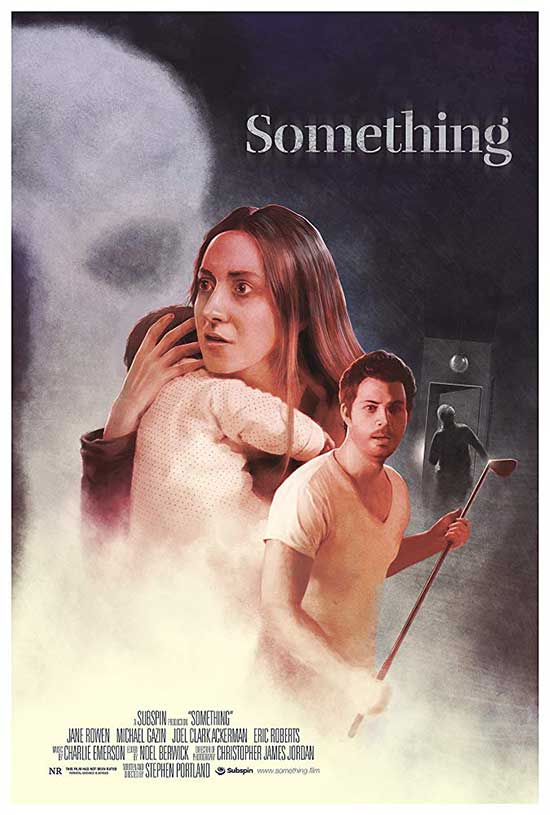 A man and woman are struggling to adjust to life with their new baby. But their situation begins to unravel when they suspect a menacing stranger could be lurking, watching, even entering their home.

Called a combination of drama, horror, and mystery, “Something” is a 2018 release directed by Stephen Portland.

Well shot and acted, the film quickly establishes its base focusing on a young couple played by actors Jane Rowen and Michael Gazin.

The premise here is simple, the couple (who in the film is nameless in film) has just been blessed with a baby boy (now, a few weeks old) and are going thru the motions of trying to cope with the introduction of a newborn into their life and the work that it entails.

Though despite being obviously out of their usual element with the responsibility of caring for a child, it soon becomes apparent that there is an emotional and mental discourse that is slowly unraveling as each day follows. Simple tasks and routines start to get a bit muddled making life way more difficult than usual. These are the clues to this tale which lays out nicely in retrospect.

Postpartum Depression, lack of sleep, paranoia, forgetfulness, and a nervousness that seems to fuel some of the mental issues they been experiencing combines with the idea that they are being watched by an unknown presence. This presence or intruder manifests itself during brief moments creating a underlying feeling of dread while all the while poking at the couple’s sanity.

With a big account looming ahead, the husband tries to re-acclimate himself into his prior work mode but seemingly finds himself also struggling with finding the means to concentrate and focus. A pattern emerges that has the both of them becoming more forgetful and careless as the days go by in what almost seems like time lapses or unexplained occurrences. 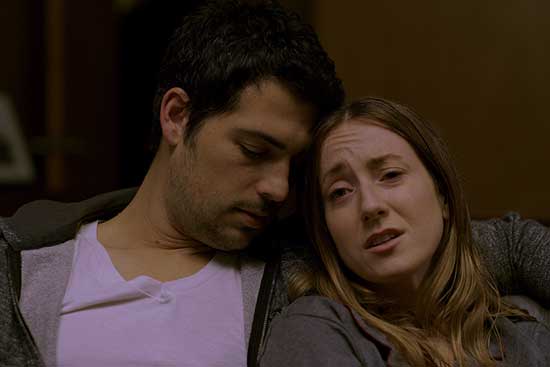 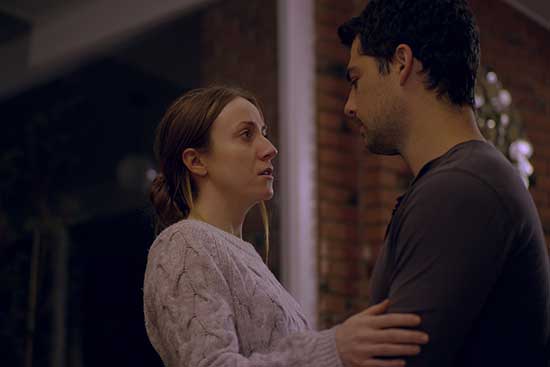 This all plays nicely to the build up of this piece that gives a increased sense of paranoia and tension. This quickly escalates between the 2 and their situation (which to the viewing audience appears like it should have a far less toll than is being played out).

The terror here is also subtly designed to invoke a viewer paranoia that increases with each act. While we question why the severity here is “so” severe, we are also at odds with the behaved behavior of the new born, that is far less concerning that its made out to be.

Actors Joel Clark Ackerman and Eric Roberts contribute nicely to the drama of this film, even if ever so brief. What I found that really works here is a great acting performance combined with a very well laid out story. You might even imagine this piece as one you’d expect to see shortened and included in a clever anthology, however what wraps up the journey is the 3rd act surprise ending. The drama that unfolds beforehand lends itself nicely to this. 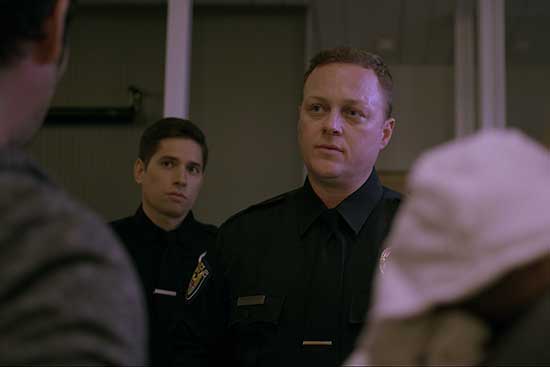 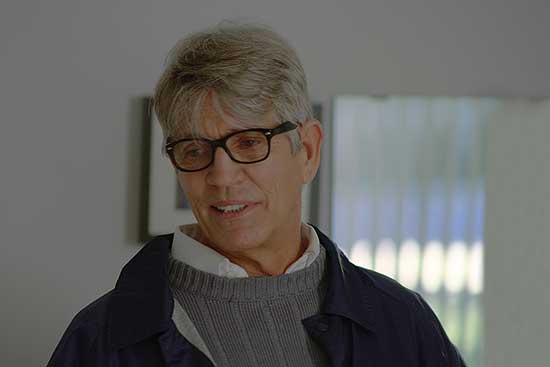 “Something” keep things basic relying only on a single location and a dramatic interchange between characters. The baby is adorable even though we never actually learn “his” name. His inclusion, while a centerpiece to the story, is incorporated nicely without much controversy to the piece. I did keep expecting at some point the actors to at least call upon each other by first name, but that never transpires. None-the-less, the script was most certainly designed that way without being too disruptive to the dialog.

I’m glad I got to see this piece as otherwise in the crowded arena of film productions being shuffled out, many of us are only afforded the luxury of viewing high production pieces under clever marketing campaigns. On a side note, I did recently see the theater release of “Truth or Dare” and honestly I was more satisfied with Something’s story than the more formula rooted high end pieces. A compelling journey worthy of experiencing, “Something” is one to make time to see. Dynamic, intense and creepy!