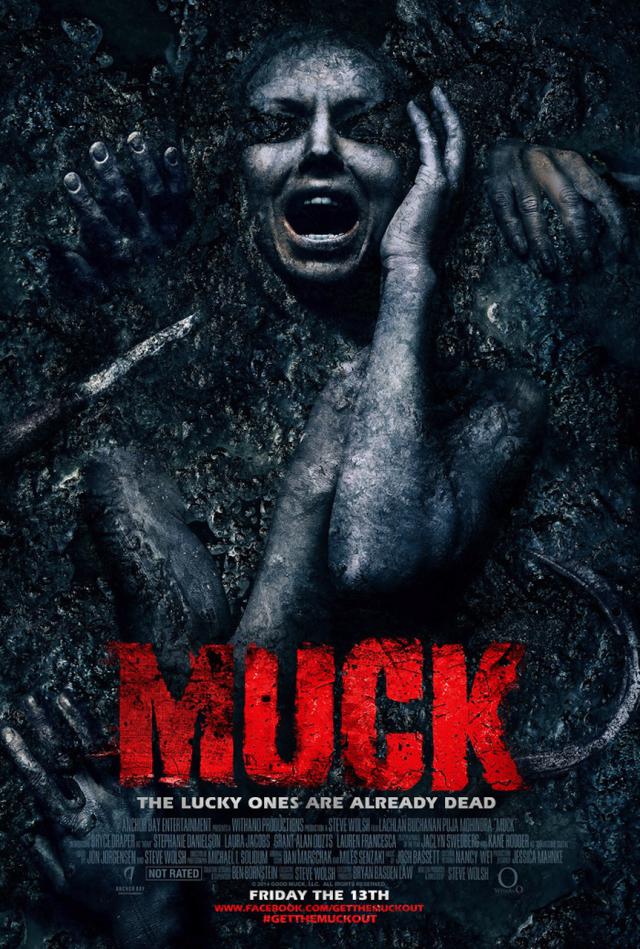 After narrowly escaping an ancient burial ground, a group of friends find themselves trapped between two evils, forcing them to fight, die, or go back the way they came.

I watch horror films because I love them. I’ve watched them since I was four years old, nothing in life (besides my kids) brings me joy like a good horror movie. I write about horror films because I want to share my love of the genre to anyone that’ll listen. I say all this because I’m about to write about a film called Muck, and I don’t want anyone to think that I’m being purposefully mean spirited towards it (remember, I love horror films). But this film – this mucking muck of a film is something I was unprepared for…

As the film opens, we see five bedraggled people coming out of some type of bog I guess. They’ve just escaped something really bad, something really evil, something unknown to anyone watching the film because the person that wrote it (Steve Wolsh), decided not to tell anyone what it is. Our intrepid survivors manage to find shelter in an old abandoned house, but one of them is badly injured and no one has a cell phone to call for help (apparently they lost them in the bog). So one of them bravely decides to run into town to find some help, while the others drink, take their clothes off & defend themselves against a group of bald silent albinos with hatchets who’ve suddenly attacked them. Who are they? Where are they from? Why are they so pissed off? Why are they wearing such obvious bald caps? Why do they have names (Their ostensible leader is named Gnawesome Crutal – played by Kane Hodder!), when they don’t speak? Why am I still watching this movie? Why ask why??

The young man who decides to go look for help eventually ends up at a bar – this is good. But once he gets there, he finds it filled with lovely young women who are wearing skimpy clothes and are in varying states of intoxication. So what does he do first? He goes to the bathroom to wash himself up and turn his shirt inside out so the stains on it from the titanic tussle in the bog don’t show – this is stupid. He then goes up to the bar and has himself a couple of shots as he chats up one of the silicone filled sirens, apparently forgetting all about his friends – this is stupider. Eventually, he gets a hold of a cell phone, but rather than call the police, he calls his cousin Troit (that’s what they call him – Troit). Troit is at another bar somewhere with two young ladies getting hammered. Troit is upset that he has to go pick up his cousin from the town of West Craven (That’s right. I said “WEST CRAVEN“). His cousin can’t wait for Troit, because all of a sudden he decided that his friends really need him back at the house, so instead of telling anyone what’s going on or calling the police, he runs back to the house all alone – this is stupidity on a scale heretofore unknown to man.

But at least he managed to freshen up a bit and have a couple of shots to fortify himself for the struggle to come. 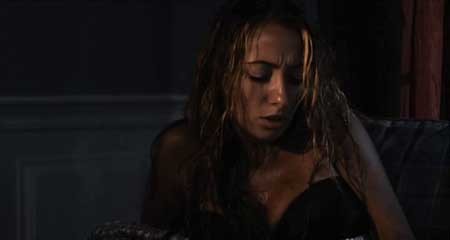 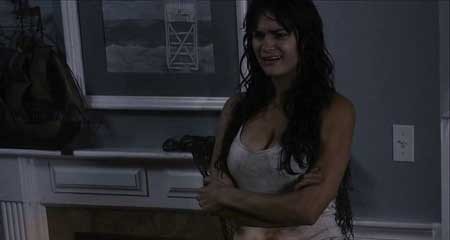 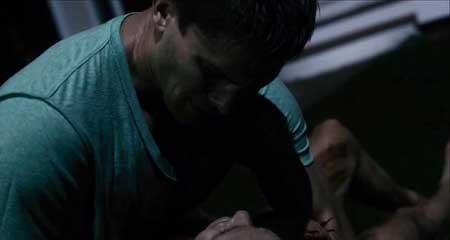 Meanwhile director Steve Wolsh (Yeeeah, he directed it too), makes sure to keep his audience awake by strategically inserting scenes of women (in all states of distress), methodically stripping in front of a mirror. At one point I actually thought I hit “Rewind” on my DVD player since I kept on seeing women taking off their clothes in front of a mirror. I mean seriously, there’s a woman taking off her clothes in front of a mirror (while a sultry country rock tune plays), every 8-10 minutes or so. I’m assuming that this happens so often to wake up the sucker…I mean audience who paid money to watch this film.

Eventually, everybody (including Troit & his two female friends) ends up back at the house, where a seemingly endless supply of angry albinos are laying siege to everyone inside of it. In keeping with the whole stripper theme, the albinos make sure to rip off the clothing of whomever they’re fighting with, be it man or woman. They’re especially adept at ripping off shirts. And one by one, they all get offed in a relatively bloody melee. But there are two survivors, and they find themselves in quite a pickle when the film ends abruptly. As a matter of fact, the last line of the film is “This isn’t going to end well“. 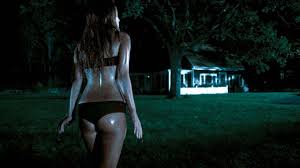 And then it ends.

I’m not entirely sure what Muck is supposed to be. I do know what it’s not though, it’s not a good movie. There are so many things wrong with this film that I daresay it’s some kind of cinematic joke that Trosh is playing on his audience. It’s so offensively bad that I’m starting to think it might be the work of a genius. I’m seriously giving thought to the idea that Mr. Trosh knows something no one else does, and if looked at properly, Muck might somehow be a work of art. In it’s defense, it does look pretty good, and I actually enjoyed a few of the songs on the soundtrack enough to hunt them down for download. And are attractive nekkid ladies ever really a problem? I think not.

But damn, damn, damnitty damn, Muck sucks. Apparently it starts and ends so abruptly because it’s the 2nd part of a trilogy of films that Wolsh is making. It’s prequel, Muck: Feast Of St. Patrick is already being filmed, so that might explain what everyone was running from at the beginning of Muck (BTW, I’m betting that he isn’t calling it Muck 2 because that rhymes with Fuck you. As in “Fuck you Muck 2!). And a yet to be titled sequel is planned to explain exactly what’s happening at the end of Muck. Can it be possible that Wolsh is looking at his Muck trilogy like George Lucas looked at his original Star Wars trilogy? Remember, the first film was Episode 4: A New Beginning. As a matter of fact, the poster for Muck features a young woman encased in a backwoods version of Corbomite, just like Han Solo was in Episode V: The Empire Strikes Back. She’s even in the same pose as he was! Hmmmmm, this Wolsh dude might have something up his mucking sleeve…. 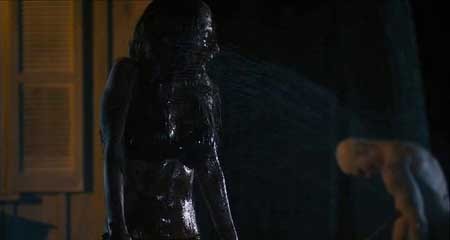 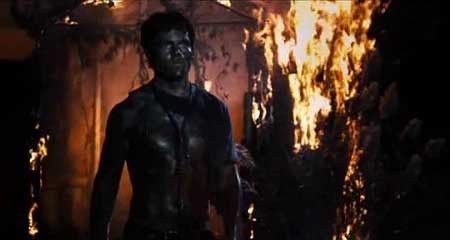 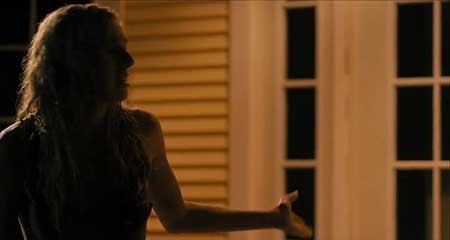 Muck is now available on bluray per Anchor Bay Entertainment