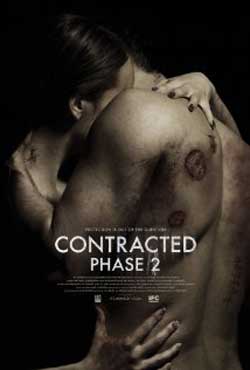 Sexual intercourse has always been a major factor in horror storytelling.  Sometimes, as is the case in many vampire themed tales, the horror is romanticized.  More often, however, sex is used as a way to make something more horrifying.  Whether the horror is directly involved in the sexual activities or a result of the sex that takes place, horror and sex are related in ways that few other things are in movies.  From Rosemary’s Baby to Friday the 13th, sex has influenced many of the classic horror films that people have grown up on.

More recently, sexually transmitted diseases have been a focus of horror films.  The juxtaposition of pain and pleasure has a hold over audiences.  The ways in which a disease can take over a person’s life can be frightening to imagine, which makes sexual diseases such an interesting fold to a movie.  One recent example of this underlying idea is the movie It Follows.  The movie involves someone having sex only to discover there is now an entity following them in an attempt to kill them.  It gained lots of critical acclaim during the early parts of 2015, and has been heralded as one of the best horror movies in years.

Another example, and the one that this review is about, is the Contracted franchise.  The first movie was released in 2013 and portrayed the downward spiral of a woman named Samantha who becomes infected with some sort of disease after being raped.  The disease eats away at her body in increasingly gruesome ways.  Her skin becomes pale, her eyes become filled with blood and puss, and weird maggot-like creatures crawl around inside her.  The movie is trying to portray an extreme case of the disgusting effects of sexually transmitted diseases.

Contracted: Phase II follows this up in a way that actually builds upon its predecessor and makes for a more entertaining experience.  Whereas the first movie focuses primarily on the main character and her romantic drama with the disease happening within it, the sequel focuses upon the disease and how many different ways it can spread.  It is about the growth of the disease rather than one person’s struggle with it.  The first movie is one person’s emotional journey only partially related to the disease.  The sequel is the disease’s journey related to one character’s struggles.  It’s a slight shift, but an important one to have.

The 2015 follow-up tells the story of Riley (Matt Mercer), a side character from the first movie.  During the events that unfolded in Contracted, Riley had sex with the infected Samantha (Najarra Townsend).  The results of that sexual encounter are that Riley now has the same disease that Samantha was suffering from.  Now Riley is looking for the man who caused all the mayhem so that he can be cured, all the while infecting different people within his life.

What really works about Contracted: Phase II is how easily the disease is spread.  The first movie saw Samantha having blood come out of her quite often in the three days she was infected.  Yet there were no real consequences to the blood.  The sequel made sure that the bodily fluids had an effect on other people.  Every time that a fluid came out of Riley’s body, there were consequences.  Other people’s lives were changed with each of Riley’s actions.  He was a big ball of contamination that only helped to spread the disease.

Simplifying the story down to Riley wanting a cure was also helpful in streamlining it and making it more enjoyable.  By enjoyable, I mean from an entertainment point of view.  Some of the horrifying moments were actually squirm worthy, such as Riley removing maggots from his body.  The story itself didn’t have the same level of uninteresting relationship drama.  The small amount of relationship stuff felt more realistic and didn’t make the horror tale feel melodramatic.  Instead, the movie is pushed forward with a sort of half revenge, half looking for a cure story that came to a much better climax than the first film’s climax.  The ending leaves the possibility for a bigger and crazier third film to cap off a possible trilogy that would actually end up being fairly solid, if only for this entry.

It should also be noted that there are body horror moments scattered throughout Contracted: Phase II.  The disease wreaks havoc upon the people that contract it.  Fingernails fall out, teeth fall out, and their appearance deteriorates enough that looking at the people can give your spine the tingles all by itself.  The aforementioned maggot removal scene is the highlight of this kind of horror in the movie as Riley cuts himself open, pulls out the bugs, and sews himself shut again.  It’s disgusting in all the right ways for the movie. 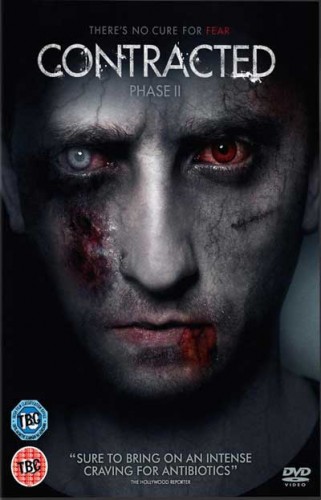 I spent a lot of time comparing Contracted: Phase II to its predecessor as though it is entirely dependent upon that movie and can’t stand on its own.  That’s not entirely true.  The first movie is summed up pretty well within the first fifteen minutes of this installment, to the point that the first doesn’t even need to be watched in order to get into this one.  Watching the first movie gives a little depth to the sequel and helps to show the parallels in the trajectory of the disease.  However, it is not a necessity and the second stands well enough on its own.  It is an improvement and a pretty decent horror movie.  It’s nothing exceptional.  That’s true.  It’s still an interesting enough hour and a half look at how a disease can destroy someone’s life.  And it’s all rooted in sexual activity.  Consider it a warning about unprotected sex.  Suit up when you strip down. 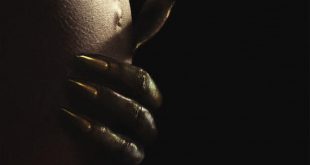