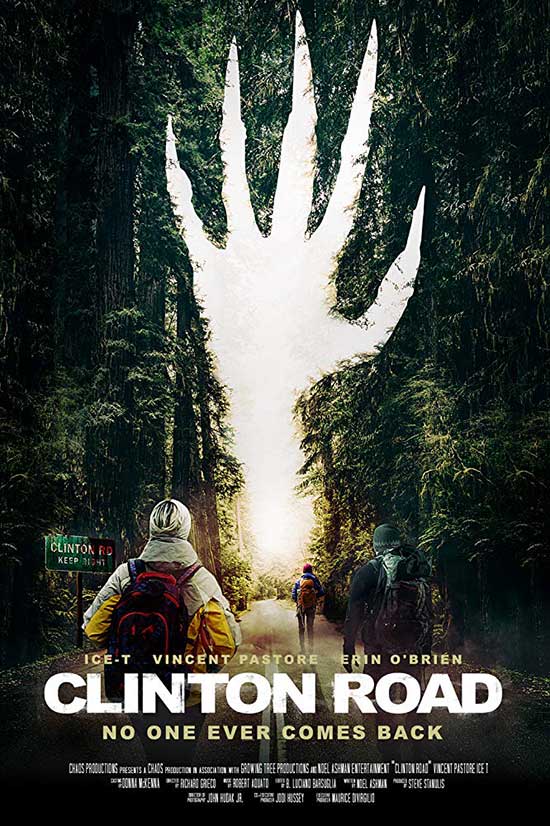 A widowed firefighter seeks closure after his wife goes missing on an actual haunted road in rural New Jersey but must unlock the road’s secret if he wants to get out alive.

Somewhere, earlier this year, I am sure Steve Stanulis and Richard Grieco found themselves waiting impatiently in the waiting room of an emergency editing center only to have the head of editing tell them that “Clinton Road” was dead on arrival.

They released it, anyhow.

We start with a woman running from something in the woods at night. Did I say “running”? Crabwalking – yes. Plodding about as if her feet are encased in 40 pounds of manure – yes. Running – occasionally, between focusing more on her hair than attempting to get away. 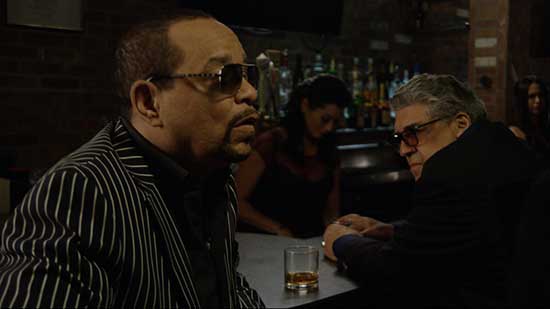 After a few minutes of her “hiding” while grunting, moaning, and howling out her location, the screen cuts to black, and she screams. Maybe they asked her to stick around for a sequel.

We jump to a new club/bar/restaurant/backdrop. We see Ice-T and Vincent Pastore greeting people to the grand opening of their refurbished hot spot. There is a warm feeling here. Things might not be so bad. Even Eric Roberts drops in to be hassled by the woman holding the guest list. Yeah, this might be fun.

Then “The Hat” walks in.

Actually, it is just our main character, Michael (Ace Young). You see, it was his wife, Jessica, we saw stumbling about the woods before the credits. As we are informed in a brief scene of Michael listening to his sister-on-law’s message on his phone, it has been a year since Jessie’s disappearance, that she is fine with Michael having a new girlfriend when his WIFE hasn’t even been officially declared dead, and that she has a plan to “bring closure” to both of their lives. Apparently, going to a loud club is the best way to discuss loss, fear, frustration, and the like. Wearing a hat that screams “ineffectual douchebag” is just icing on this crap cake.

Michael is a limp hero. His girlfriend, Kayla, is manipulative and vain. His best buddy, Tyler, is a proactive jerk. Isabella, Micheal’s sister-in-law, may be the smartest character because she openly dislikes both of Michael’s human dingleberries, yet she is okay with Gianna, a leather-bound hippie chick, and Gianna’s new boyfriend, Begory, a “witchdoctor” who intends to help discover Jessica’s fate.

Take note of the scene in which the still deeply distraught (sarcasm) Michael sneaks into a backroom of the club with Tyler to get high. Ice-T’s character comes in and warns them not to get caught vaping dope in the backroom. THERE IS A VISIBLE SECURITY CAMERA ON THEM DURING THE ENTIRE SCENE!!!

Once on Clinton Road, Michael announces, in a dismissive tone, that they are at the last location Jessica was seen alive to which Gianna responds that she loves getting out of the city and into nature where it’s all green.

We still have an hour left with these people.

A few minutes into the woods, Begory decides he has found his own energy vortex from which to “read” the surroundings. As he does his hocus-pocus routine, the rest of the cast find any excuse to disappear into the growing darkness to justify the run-time.

The characters run afoul of various spirits and possible real loonies as the various elements associated with the real-life Clinton Road myths spring to mutated life before our eyes. A boy drowned in the water puts coins dropped off the bridge back on the railing. A young girl randomly shows up to scream. A bearded dude (hipsters would kill for his chin hair) wearing welding goggles wanders about looking for the set of the music video he belongs in.

You may find yourself smiling as the cast is reduced in numbers because you won’t have to listen to them scream the names of other characters so many times that the sounds lose all meaning.

I won’t give away the end, but the tagline for the movie will: NO ONE EVER COMES BACK. 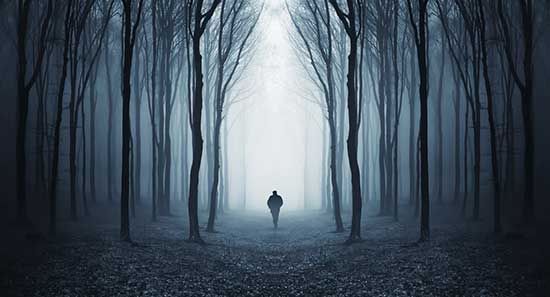 I have ragged on movies before, but this movie is a dirty bomb of a movie – it makes you regret cinema exists for hours after it has ended.

The basic story is standard, but serviceable for a low-budget horror flick. The base issue wrecking this film is either the screenplay by Derek Ross MacKay or the “revisions” made by Noel Ashman. I know the millennial characters would be more comfortable texting, but the dialogue for “Clinton Road” sounds as if it was written by someone who has never heard conversation before. There is no flow. Most of the time, each character spouts lines as if they are in a different film. After the sixth time of responding to the antics with “What in Hell did that line have to do with anything? And why aren’t the other characters having the same response to this nonsense,” I realized I was wasting my breath and just settled back, hoping for the End of Time as most “conversations” in the film devolve into one or two characters screaming a name over and over as it helps the viewer to tune out the repetitive noise.

With the dialogue as inept as it is, I find it hard to really fault the actors in this film. Katie Morrison and James DeBello seem to come off best, but even they can’t save the horrid writing. On the other end of the scale, Cody Calafiore proves you can take a person out of “Big Brother” (yes, THAT “reality” series), but you’ll never take “Big Brother” out of the person. The others just fill the required slaughter fodder slots the script calls for.

Given the directors, Steve Stanulis and Richard Grieco, and their combined number film roles, one would think they would have absorbed more behind-the-camera knowledge than what is on display. Serviceable would be a generous description of their work here. Everyone has to learn the ropes, even if you have been on the other end of the camera for years, but they deliver no thrills, no tension, and no sense that these people are in the woods together, even during a group scene.

Why Ice-T, Vincent Pastore, and Eric Roberts show up in this film is probably due to those “revisions” made by Noel Ashman. He was a producer on “Clinton Road”. Drop a little investment in a cheap horror movie and invite some actors who might take a small donation for a few hours of work. I’m sure Ashman wanted them there to pull in any audience possible as there is nothing else here to attract attention.

Except Clinton Road itself.

Yes, Clinton Road is a real stretch of road in New Jersey that does have a history of “strange” events. But, when making a movie about it, there is no need to stuff every connected myth into the film in an attempt to develop credibility, unless it is a documentary. People have defended the film on imdb.com by saying it is a real place with real horror stories connected to the road. “Facts” do not make a film good or, in this case, interesting.

“Clinton Road” is ripe for being a party movie where your acquaintances can make jokes without fear of the film being smarter than the lowest IQ in the room. Otherwise, avoid completely, even if you ARE from New Jersey. 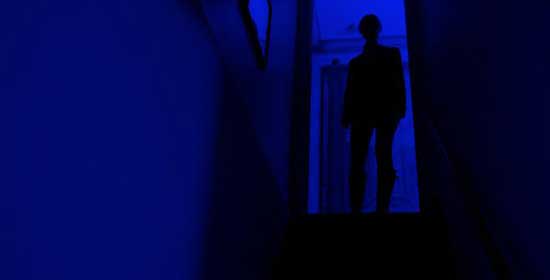 By the way, if you do watch the movie, stick around after the credits to see Richard Grieco in a rather pointless scene. You wouldn’t want him to feel left out, would you?