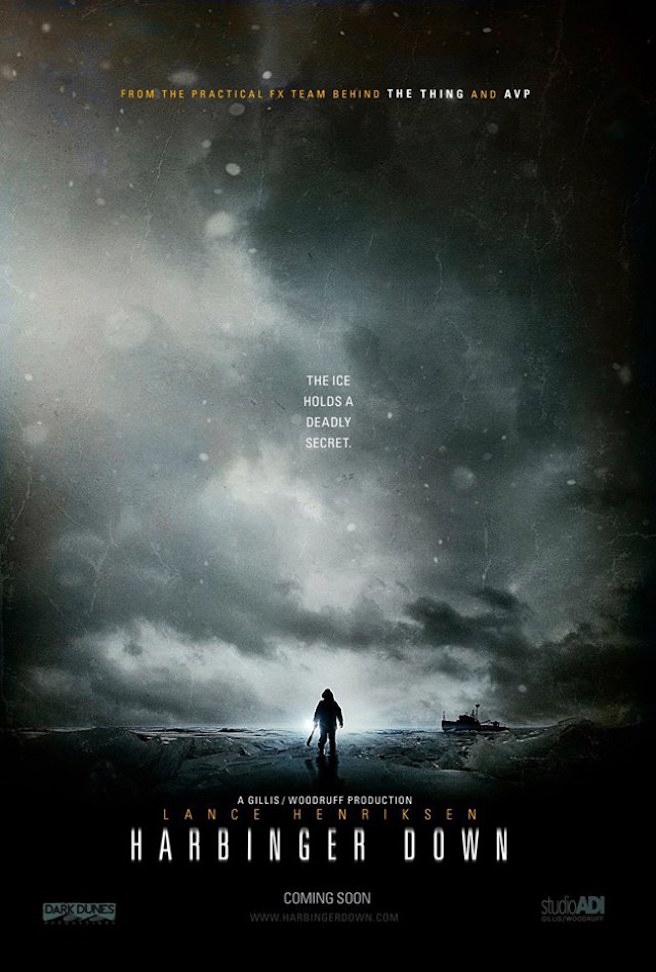 A group of grad students have booked passage on the crabbing boat Harbinger to study the effects of global warming on a pod of Belugas in the Bering Sea. But the ship’s crew dredges up a recently thawed piece of old Soviet space wreckage, and things get extremely deadly afterwards.

In 2011, a prequel to John Carpenter’s classic “The Thing” was released to mostly negative reviews & poor box office returns. One of the biggest issues most people had with the film was its reliance on CGI creatures, and when those were compared to the practical effects genius of Rob Bottin (whose practical effects on the film are arguably the best ever seen on a big screen) – Let’s just say there was no comparison. But there were a slew of practical effects that were indeed filmed for the 2011 film that were unceremoniously cut from the film and replaced with that dodgy CGI. The people behind those deleted effects were Tom Woodruff Jr and Alec Gillis, two of the best practical effects masterminds in the business today. They were so upset over their work being cut out from the film, that they went ahead and began a Kickstarter campaign to fund a film in which they promised fans practical effects galore, with only a smidgen of CGI. Four years later, the finished product is finally released to anxious fans all over. But was the wait worth it? 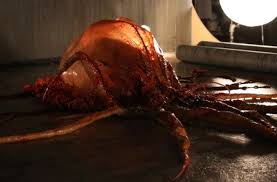 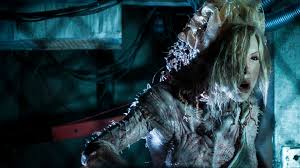 The film opens in 1982, with a Russian space capsule careening wildly towards the earth. The cosmonaut onboard is attempting to make some kind of contact with his superiors, but his ship is burning up upon entry into earth’s atmosphere, and there’s a strange pink goo that’s leaking directly onto his helmet from the ceiling of the spacecraft. Ultimately, the capsule crashes into the Arctic ocean, and disappears from sight. Cut to 2015, and two people, Sadie (Camille Balsamo) & Stephen (Matt Winston), are prepping to board her grandfather’s crabbing ship, The Harbinger, in order to study whales for a project they’re working on. Eventually, the Harbinger comes across the long downed Soviet space capsule, and they find the cosmonaut in a near perfectly preserved state. Save for the mutated tardigrades that the Russians were experimenting on, which were frozen in the cosmonaut’s body after the crash.

And what, pray tell, is a tardigrade? Well, they’re water dwelling, segmented, eight legged micro animals. Also known as Water Bears, they’ve been called “Nature’s Toughest Animal” for their resiliency. But what could a bunch of microscopic worms do to hurt humans? A lot apparently, especially when they’ve been experimented on by some wacky Russian scientists. Once discovered, it’s announced that these little buggers can pretty much change themselves into any creature on the planet. Which isn’t a good thing for the crew of The Harbinger… 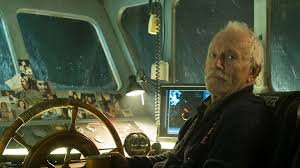 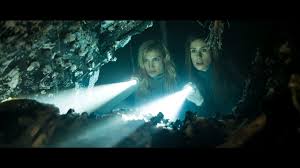 Does any of this sound familiar to you? Well it should, because the script for this film (written/directed by Gillis), takes plot threads from at least five earlier films, and tries to amalgamate them into a palatable film. But it fails because while it replicates scenes from these assorted films fairly well, it has absolutely none of the heart & soul that makes them so worthy of homage in the first place. Never mind the fact that nearly all of these homages fall flat on their faces. Harbinger Down features a cast of characters who are destined to die as soon as they’re introduced, and the script is so derivative that you can pretty much tell which of them will die first, and the order in which they bite the bullet. The actors all pretty much fall flat, save for Henriksen (who rarely gives a bad performance, no matter what film he’s in), and a few of them overact so badly it began to hurt my eyes/ears. 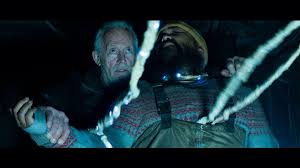 And as for those much ballyhooed practical effects, I found them to be occasionally average, but mostly amateurish & clumsy. I know the film makers weren’t working with much of a budget here, but if you’re promoting your film as a return to the magic of good ole practical effects, then make ’em look decent. There was only one version of the ever evolving creature that managed to get the slightest rise outta me, and that was when we first get a good look at it. It’s hiding under a bed, and it sorta looks like a giant white loogie – and I just happen to find giant, white loogies scary. Otherwise, it’s never anything better than average looking at best. For a film that lifts entire scenes & plot threads from films like Alien (1979), both John Carpenter’s The Thing (1980) & (in my opinion) the unfairly maligned prequel to that film – which was also titled The Thing (2011), Leviathan (1989) & Virus (1999), Harbinger Down is pretty damned dull. And the cinematography (by Benjamin L. Brown) is so dark & murky that most of the time you can’t really tell if the creature is coming or going. Again, amateurish and clumsy.

I’m sure that a lot of people will actually enjoy this film for the most part, although I’m equally sure that I’ll never figure out exactly why. Harbinger Down was a film that I had been waiting to see for quite a long while, and I was thoroughly disappointed by nearly every frame of it. If this is what 2 acknowledged masters of practical effects can come up with when left to their own devices – then sign me up for the next $200 million CGI spectacle.