Before you dig entirely into the list we setup here, make note that the title of this list is not “child” but “children” (meaning of course…more than one). The selections collected are indeed indicative of a group of rug-rats who have made their claim into the horror arena. As we collected this latest effort into a new article, it became clear that murderous children do in fact attribute to “some” of the most treasured horror films ever created. 1980’s “The Children” gave me quite the uneasy feeling for days (back in the 80’s) after, much in the same way as the more recent 2008 movie “The Strangers”. What is it about these young cold-blooded killers that gets under our skin? Well, we’ve gathered a few recommended titles for you to experience on your own promising some great unsettling moments.

Those looking for single entry horror brats can do so on our follow up “Top 10 Murderous “child” horror films article – coming soon!

1- Devil Times Five (1974)
An older almost forgotten 70’s film that managed to feature a very young Leif Garret before his rise to music fame. The film does have its slow moments, but picks up in act 3. You might call this film more of an earlier influence-film, setting the bar for much more terror to come in years ahead. The film actually managed to circulate under 3 different titles over the course of releases, the other 2 being “Peopletoys” and “The Horrible House on the Hill” 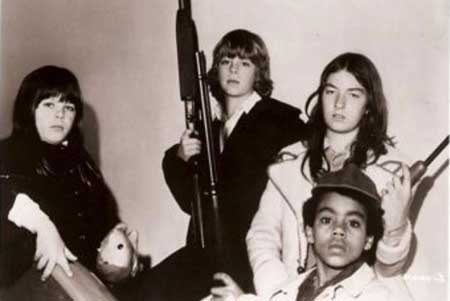 2- Children of the Corn (1984)
The very first “Children of the Corn” still remains the strongest of the bunch giving us a reason to be  afraid to visit small towns primarily surrounded by corn fields. The movie introduced us to the acting talents of Courtney Gains who played the role of Malachai Boardman and the odd man-child John Franklin playing leader Isaac Chroner. This Stephen King story based film will forever instill the presence of “he who walks behind the rows”. A frightening and guilty pleasure indeed! 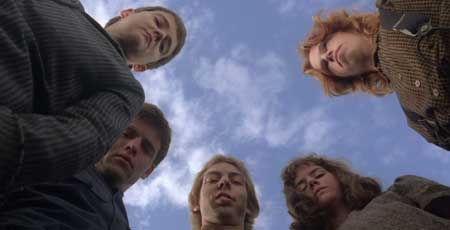 3- The Children (1980) (also The Children 2008)
Is a 2008 film directed by Tom Shankland. It was not a remake of the 1980 Max Kalmanowicz film but bears the same name. It should get its own entry but for tidy-ness we wrapped it under a combo entry. In 1980’s “The Children” toxic fumes infect the children of Ravensback turning them into zombie-esque killers. Survivors plot an attack. Creepy children run amok! 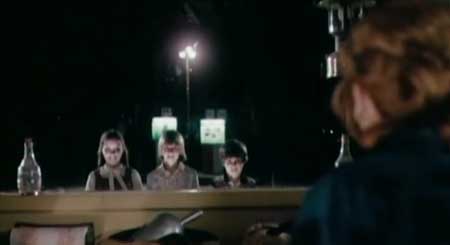 4- Village of the Damned (1995)
Holding the ability to manipulate other people’s actions, these kids are a force to be reckoned with. This John Carpenter, while not among his greatest works was still a creepy children-with-white-hair entry into the demented children collective. Smart and manipulative, this group of kids will take you for a ride!

5- The Brood (1976)
What were those creepy little shits anyway? Ok sure they are children but in realization of being a Cronenberg film they seem more like vicious monsters than kids you might take for a walk in the park. The Brood is hands down a older horror generation classic that has to be seen at least once. I clearly remember seeing pictures of this in the 70’s and feeling extremely creeped out (not to mention “that” trailer). It’s certainly got the director’s staple on this one forever placing it in the ranks of horrible munchkin films. 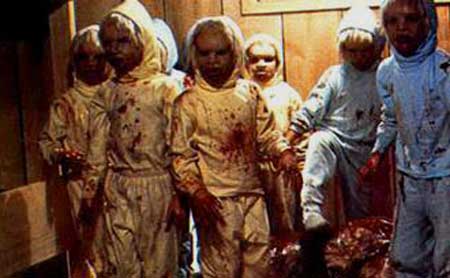 6- Wicked Little Things (2006)
One of the 8 films to die films that had some worthy thrills. Revenge and pig noises what’s that all about? Well, you’ll have to check it out for yourself. A cool little addition to the “8 films” franchise that holds its own as a violent children horror film. It has a great Eastern Europe production flavor to it offering lots of vengeful attacks. Beware of the children! 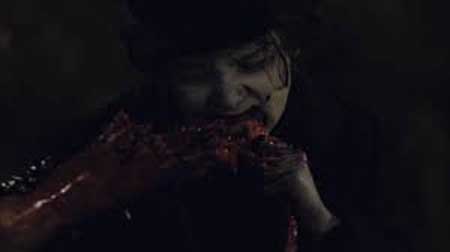 7- Them (2006)
It goes without saying (but I’ll say it anyway), that this lil gem is a must-see. We’ve got lil mischief-ers causing all sorts of terror and distraught. The approach has some similarities to the film “the Strangers” but not enough to call it a borrow. “Click-click” marks the sound of impending danger resulting in a very tense horror thriller chock full of lil trouble makers. Do yourself a favor and see this foreign film. 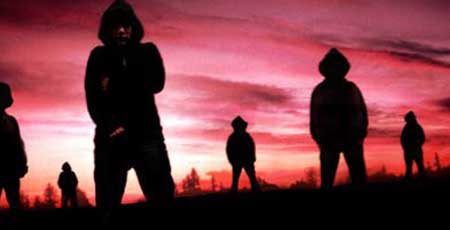 8- The Strangers (2008)
“The Strangers” was another great “young-threat” film that I especially liked the ending. I was much reminded of the Manson murders and those situations which may have served as a small inspiration. “The Strangers” makes use of masks, which in itself also provides a harrowing faceless danger. A great film that I’ll watch a few more times over. 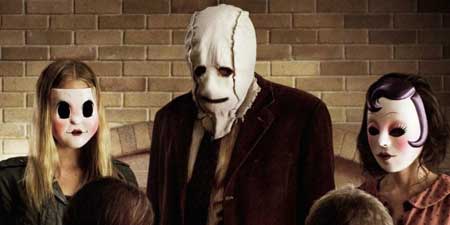 9- Come Out and Play (2012)
If ever there was more of a twisted “killer children film” to arrive, it has to belong to the entry of 2012’s “Come Out and Play”. Come Out and Play” dares to push the taboos of children inflicting acts of violence only to dig further into that taboo by receiving it right back. The story here is well played subjecting viewers to a most uncomfortable experience. 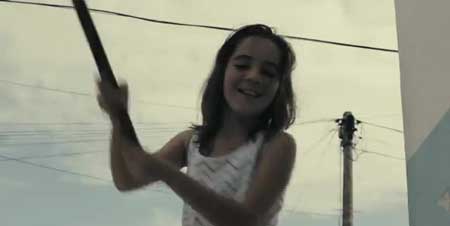 10- Citadel (2012)
Demonic children take over a dilapidated apartment building. Plnety of thrills and chills here in this 2012 Irish psychological horror film. The film received much accolades for its acting performances and gritty setting. 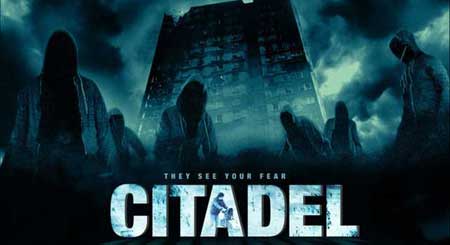 Tags Children of the Corn Citadel Come Out and Play Devil Times Five Murderous Children in Horror Films The Brood The Children The Strangers Them! Wicked Little Things 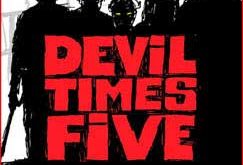