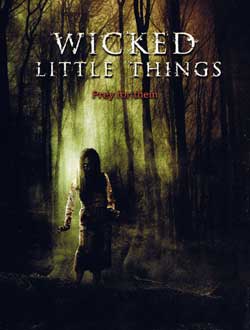 In 1913, in Carlton Mine, Addytown, Pennsylvania, the cruel owner of a mine uses poor children in the exploration and after an explosion, a group of children is buried alive. On the present days, Karen Tunny has just lost her husband after a long period of terminal disease when the family savings have been spent in the treatment. Without any money, she moves with her daughters Sarah and Emma to an old house in the mountains that belonged to her husband. Karen is advised by her neighbors to stay at home in the night, and Sarah hears that there are zombies in the area. When Emma becomes friend of Mary, he mother believes she is an imaginary friend. However, when Sarah’s friends are attacked and eaten alive by zombie children and Emma vanishes, Karen and Sarah chase her nearby the mine.

Disasters in a coal mine in a result to someone dying and years later killing people in a fit of rage has been done before right? ell it’s a little different than that. They’re children that worked in the mine and they are eating people. Sound exciting? I know. A lot of things don’t make sense like at the beginning the mom says she was forced to move into the old house as they have no money but contradicts that statement later, she allows her young daughter to go out with strangers on the second night in a strange place…etc etc. 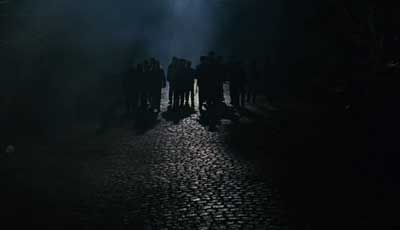 The ‘wicked little things’ themselves don’t elicit much horror…the make-up is pretty bad, and there’s no explanation as to why these kids have turned into flesh-eating zombies. The acting by the leads was actually ok, but with such a poorly plotted story line with cheesy effects, there’s not much that could help lift this horror flick out of the doldrums. This is not a bad movie is the sense that production wise and technically it is fine, and for a ghost story it works well. 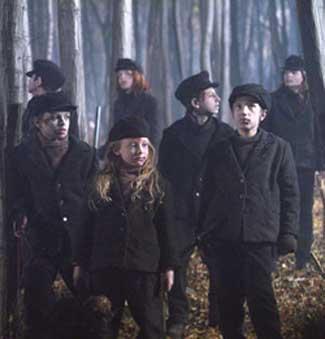 The problem comes in with the whole zombie thing and the lack of a clear reason why they do this. How did they become zombie like flesh eaters and if they have been doing this sense their deaths how is it that only one or two people knows of them. I know that the live stock they feed on from that one dude is not enough to keep them satisfied. Also why continue to kill people that had nothing to do with the accident, if it was really that one guy they wanted and then they would stop why not just wait for him.

I think the thing I dislike most about this flick is the fact that with the producers/writers/director this film had it could have easily found distribution with out the “After Dark” name. That means they took the spot of what could have been a truly deserving independent low budget fright flick that will never see the light of day now. With that said this film is far from the worst movie ever and may not even be the worst from all of these films, but still I expected more. I guess the filmmakers thought there were still people out in that vast viewing audience of horror addicts who would be terrified by hiring about 20 healthy and strapping young school kids, slapping on gray and white makeup, dark mascara and telling them to act like zombies. They attack robotically with their little pick-axes and the first image in my head is of the 7 dwarfs gone mad. 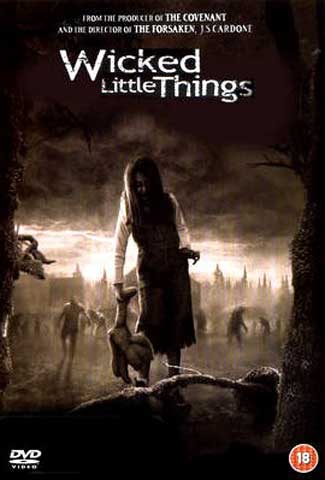 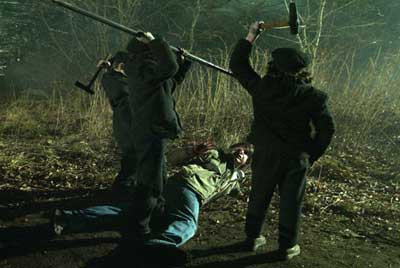 I can’t believe these scary kids were making PIG noises…who came up with that?! Totally humorous! I’m all about zombie movies, it’s my favorite sub-genre of horror, and here we have a zombie movie in the ’06 Horrorfest, so of course I was excited to see it, especially since Tobe Hooper was behind it. And all I can say is meh. Its ok, not your typical zombie movie by any means, and while it is nice to expand upon an over saturated sub-genre, doing so here is actually more of hindrance than anything. The new twist added to the zombies here actually only adds boredom, this movie seems to drag on forever with nothing of significance occurring. It’s not a bad movie by any means, just average at best.

The whole thing quickly becomes a pretty standard revenge melodrama (this is not a spoiler; it’s pretty obvious right from the opening scene, and if you don’t get it from that, you should know five minutes after the family moves into the house), except for, well, kid miner zombies. Lori Heuring as the Mom just wasn’t believable enough nor a strong enough lead to carry the film. 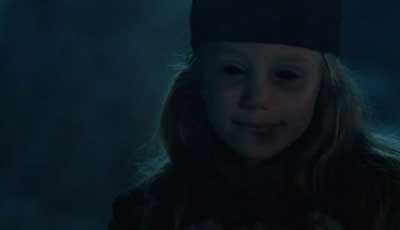 She simply looks too young to have a teenager daughter and just to pretty to play a beaten down widow. Ben Cross plays Hanks and again, he’s playing the “Dr. Loomis” role and offers little in any way of an original performance. Interestingly, Scout Taylor-Compton who plays teenager Sarah has played the role of Laurie Strode in Rob Zombie’s remake of “Halloween.” The DVD extras are very slight. You get only a commentary with the Director J.S. Cardone and Lori Heuring. While the acting is mundane the overall atmosphere of the haunted woods and the creepiness of the ghostly kids lifts “Wicked Little Things” above the ordinary. 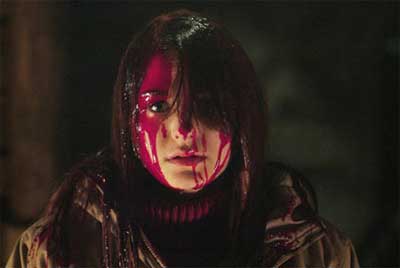 The funny thing about this house in Eastern Europe…..it is also the same place The Abandoned was shot. Go figure. I think many aspects of this film are historically accurate. Kids often worked in the mines, and the smaller ones often had to crawl in narrow crevices, like the character Mary did in the opening scene. In the beginning where one of the workers had a canary in a cage is also correct for mining practices because canaries were used to detect the presence of dangerous gases (I think if it died that was a sign for the miners to get out immediately).