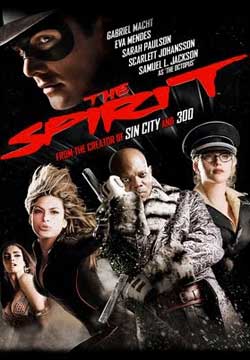 Rookie cop Denny Colt returns from the beyond as The Spirit, a hero whose mission is to fight against the bad forces in Central City.

Ah, “The Spirit“, a film based on a 1940’s super hero of the same name. It’s ok if you weren’t around when this comic figure was popular, as the Spirit comes from the same generation as the other lesser known hero, “The Phantom”. Like “The Phantom”, this hero first appeared in those Sunday morning comics that we all used to anticipate in our younger years. When they first announced a film featuring this character, I wasn’t sure what to expect. 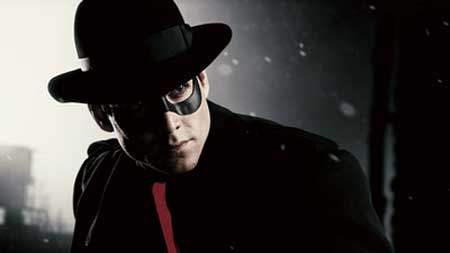 “The Spirit” movie benefits from the same model that gave way to the film “Sin City”. Under the written and directed hand of Frank Miller, this film features alot of the same film treatments that were first experienced in “Sin City”. If that doesn’t ring a bell, then the visual aspects and comic-book like story board framing will. The film relishes in a black and white treatment with focal items accented for visual appeal. While the film is not entirely a black and while film, it does use high contrast shots and careful overlaid coloration to make for a rather stunning visual experience. For starters, we have the central figure’s trademark red tie that stands out among the Spirit’s back and white out fit. Add to that moments that isolate color within purposely noire style genre piece.

Indeed a hero film, we get the perfect match of protagonist/antagonist. For one, actor Samuel L. Jackson appears as the villain “The Octopus” with Gabriel Macht playing opposite the lead role as “The Spirit”. The Spirit or other-wise known by his real name of Denny Colt is an ex police officer who was murdered during his shift. While Denny was being autopsied, The Octopus was intent on trying out a new serum that granted immortality. Using Colt as his first successful experiment, he then deiced to use it upon himself  instantly creating an arch-nemesis conflict between the 2. Colt decided that he would assist the law enforcement efforts of the city alongside the police force posing as a masked vigilante. His ability to quickly heal makes him a force that few could challenge. 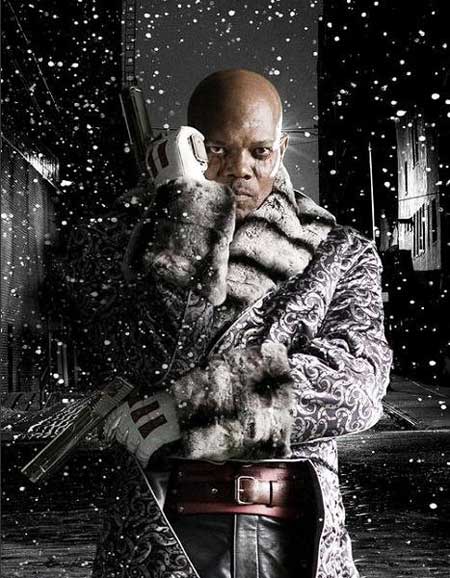 As the film begins, we are quickly introduced to the “usual style of” battle the 2 of them frequent. While there is a bit of goofiness inherent to the cartoonish approach they inflict on each other…..it sure is still fun to watch.

Though what really seems to be at the true essence of this film is the Spirit’s knack for seducing women and trying to sort them out between his valiant crime fighting efforts. We are taken to a childhood romance that has come full circle in a resurrection of one of his oldest and most revered relationships. We also get to see the Spirit put the moves on a few others who seem to be smitten by his charm. Sand Saref, Colt’s old flame is played by actress Eva Mendes, who has spent the better portion of her life chasing material objects and ancient relics. A mysterious chest is uncovered that is said to contain the blood of Heracles, a liquid that grants eternal life. 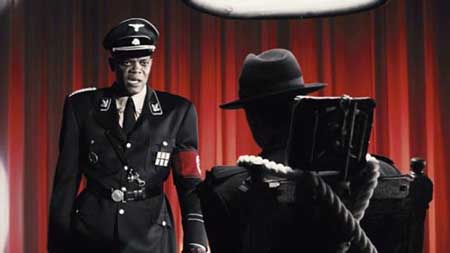 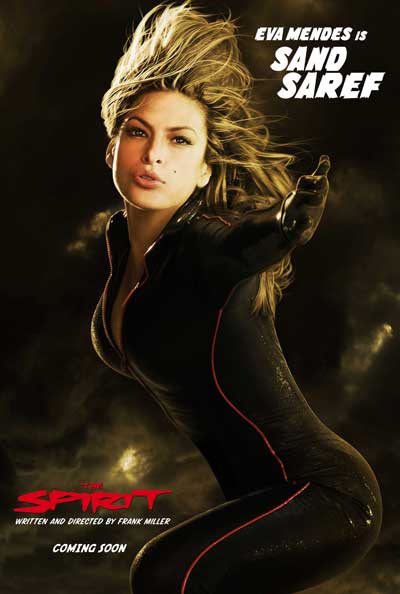 The Octopus, part if a Nazi-centered crime operation, is intent on drinking from this ancient vase to seal his destiny as man’s ultimate ruler. His sidekick Silken Floss (Scarlett Johansson) seems content to just keep things exciting by assisting the Octopus in his quest. Out of the Octopus’s many experiments is a cloned group of nimrods who act as his personal enforcer strong arms.

So what is it that doesn’t work for this film? For one, critics didn’t care for the re-treatment used again from the Sin City camp, however for me that wasn’t a problem. I for one liked the treatment and thought it made for an interesting visual piece. Though there is no mistaking the droll that occurs during the film that sometimes feels like it gets lost in the shuffle.

The critics felt its realization was somewhat robotic, lacking a human element that never really emerged in its cardboard acting styles. I’m not so sure I would go that far, however there is this missing element “feeling” that feels like it is missing thru the whole plot. 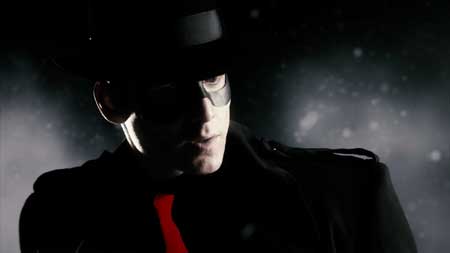 When lined up against other hero films, movie goers will instantly recognize the difference between how they made you feel and what was left out in the “Spirit” production. Even with its dynamic editing and visual flair, it never seems to make it past the essence that you might experience when watching an old 40’s film. In other words, good for a casual viewing, but not repeated viewings.

“The Spirit” is definite eye candy that lacks in the juice that keeps us coming back for more. Fair enough!