An actress that needs no introduction, Scarlett Johansson has been dazzling the world with her on-screen charm, incredible beauty, and dynamic acting performances. Raised in New York City, Scarlett would hone her acting skills on such early roles as the 2001 cult hit “Ghost World”, where she played the role of Rebecca with co lead Thora Birch. It was quickly after that she would escalate to take on more adult roles in several successful future films. A Hollywood success, Scarlett not only became an A-list talent, but additionally regarded now as a sex symbol for her generation (now in her 30’s).

In regards to horror genre films, Scarlett Johansson can be seen in quirky horror movies such as: “Eight Legged Freaks”, “The Black Dahlia”, and “Hitchcock“.

Covering alot of ground, she would also play the lead in 3 top line science films “Ghost in the Shell”, “Lucy” and 2005’s “The Island“. Scarlett not bound to any genre, would go to play a variety of roles and characters over her career. Our favorite of the bunch being the cult film titled: “Under the Skin” which had a mash up of horror, science fiction and drama (but unique in its story and presentation). 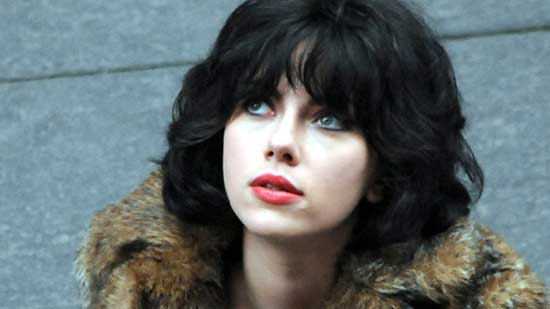 Though most of us recognize her for her contributions to the super hero genre which began with 2008’s “The Spirit” and catapulted into the Avengers role of comic character, Black Widow. Now after having been in several Avengers universe films, Scarlett Johansson is additionally prepping for her first feature “Black Widow” lead role (film of same title) coming next year,

We hope to see her take on more of these action films on as she prepares for the opportunities ahead. None-the-less, you have arrived here to see her natural beauty caught on camera. Not ones to disappoint, HNN has gathered a great collective of shots over the years representing what we have called the “Scarlett Johansson: Hottest Sexiest Photo Collection“.

Thanks for stopping by, there are more sexy photographs where this came from!
(Original photographs rights belong to their respective publications and photographers)