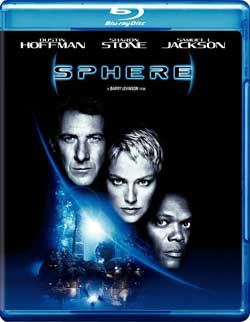 A spaceship is discovered under three hundred years’ worth of coral growth at the bottom of the ocean.

When a spaceship is found sunken beneath years of coral growth buried under one thousand feet of water, a psychologist, Dr. Norman Goodman (Dustin Hoffman) is called in under the guise of needing to consol plane crash victims. 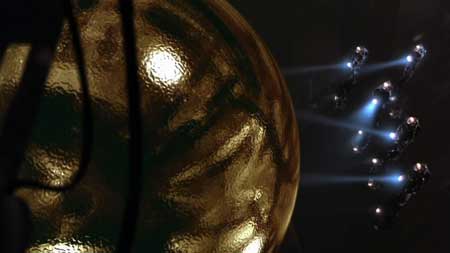 Even before arrival, through the ferrying helicopter pilot, he learns that there was no plane crash. Confused, Goodman arrives on a center ship of a military cluster out in the middle of the Pacific nowhere and immediately begins to wonder why he has been summoned. He makes his ponderous widely known, questioning various crewmembers, only to be turned away and shuttled off to a secluded room. For the truth of the matter, which Goodman is eventually privy to, is that this is a top secret government mission of discovery and exploration, made possible when a transoceanic fiber optic line has been unexplainably cut by the sunken object during it’s construction. 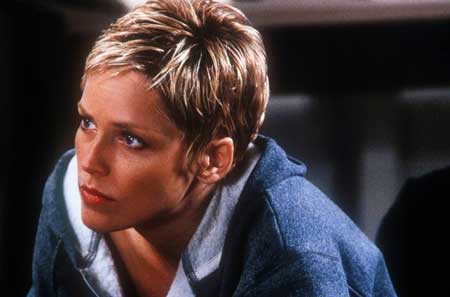 Also conveyed to him is that the reason he was specifically chosen was due to a report he had written discussing the finer aspects of a first meeting with a potential alien. However, it turns out that Goodman’s paper, written with a monetary grant in mind, is filled with half-truths, primarily citing only close friends. Those friends, Dr. Elizabeth Halperin (Sharon Stone), a biologist with a troubled background, Dr. Harry Adams (Samuel L. Jackson), a mathematical wizard with a witty streak and a fear for reading beyond page 87 of Jules Verne’s Twenty Thousand Leagues Under the Sea, and Dr. Ted Fielding (Live Schreiber), an astrophysicist with a dream of winning the Nobel Prize before reaching the age of forty, were simply selected for lack of researching more qualified prospects. And, as Goodman soon learns, those friends just happened to have been summoned too. 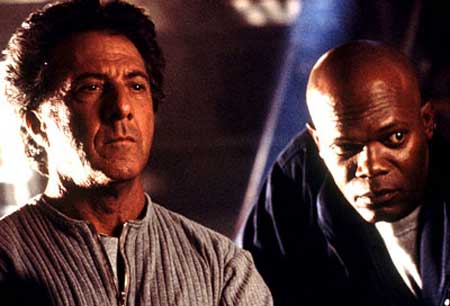 After a briefing, explaining the find, safety and technical aspects of the dive, the three, led by Captain Harold C. Barnes (Peter Coyote) embark into the dark depths, to a sea bottom pre-arranged living vessel in order to study the object.

While there, after growing accustomed to the massive pressure, they don suits and make the short trek across the ocean floor and into a specifically aligned doorway, allowing them to enter the spaceship. Once in, they find a human skeleton with a blunt force trauma created hole in it’s skull and begin to piece together the enigma. Upon further inspection, a large rippling golden sphere that mysteriously has the uncanny ability to choose what it reflects is also found. 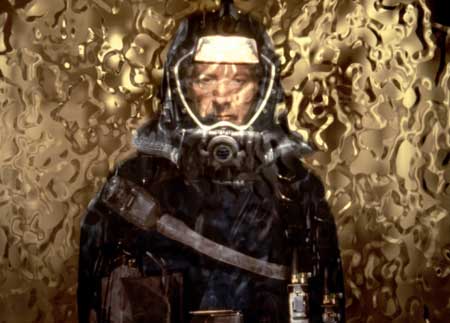 Throughout the rest of the film, personal conflicts, both past and present arise, emotions are tested, paranoia increases and claustrophobia starts to tightly rein after each scientist, out of scientific curiosity, take their secluded and sometimes secret turn, sneaking off to enter the sphere. What they don’t realize or know is that after exiting the sphere, each now has come back harboring a special ability that has the potential to destroy everyone aboard. What they do know is that the science station’s onboard computer now speaks to them like a spoiled child. But, is it actually some life form from space’s outer limits or is it something far more devious? 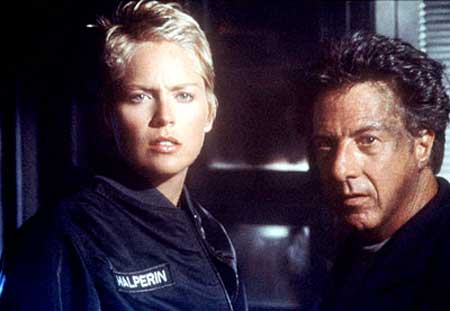 A vast superior film from the photography to the dialogue to intellect, it is a believable tale that tugs at man’s quest of the unknown and sincere desire to answer the question…are we alone. If there is anything detrimental to say about the film, it is (SPOILER ALERT) that the actual origin of the spaceship is never completely explained, only implying that time travel at some point has been made possible and that the ship is sort of, only in theory, like the Star Trek series premise, boldly going to seek out and return with what was found. 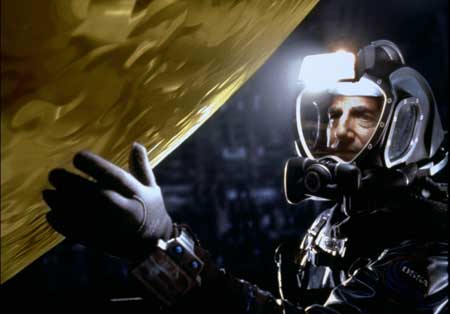 This said; Sphere is a compelling film that sucks the viewer in and never lets go until the final frame. And, for fans of Jules Verne, oceanography, science fiction or suspenseful claustrophobic type films, this ones for you.