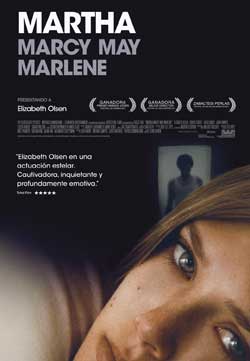 Haunted by painful memories and increasing paranoia, a damaged woman struggles to re-assimilate with her family after fleeing an abusive cult.

Martha has run away from an abusive hippie-like cult where she was living as Marcy May for two years. She turns to her sister and brother-in-law who take her in and want to help her. The problem is Martha is having a hard time separating dreams from reality and when haunting memories of her past keep resurfacing, she may need more help than anyone is able to give her.

“Martha Marcy May Marlene” stars Elizabeth Olsen (younger sister to the Olsen Twins) in the title role as Martha Marlene. The “Marcy May” is a nickname given to her when announced that she looks like she should be a “Marcy May”. By coincidence it happens to be the same name as her grandma. Her cult name and real name begin to reflect her internal struggle with what was, and what is. 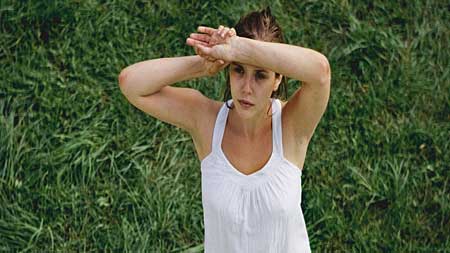 But names aside, your not likely to recite this title 10x fast which resembles more of a title suited for a house on the prairie hill drama than that of a horror thriller. With that being said, it took me a while to warm up to it as a evening viewing choice to settle down with.

Martha phones her sister after what we assume is a moment of reflection on something troubling her. She has been living in the Catskills for the last 2 years as part of a commune style hippie cult, one that welcomes newcomers into their “sharing” environment. Her sister Lucy (Sarah Paulson) picks her up at a roadside diner and offers her to stay with her and her husband for awhile. Martha agrees but seems to have issues with separating the style of life she came “from” with the spacious thrifty living quarters of her sister. They welcome her in while trying to readjust Martha to normal living standards and moral. 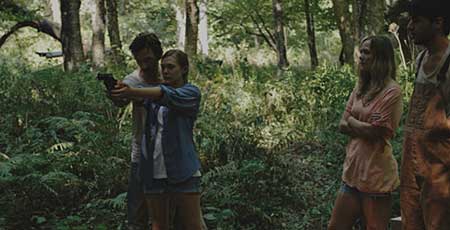 We have scene our share of cult-centered films especially within the multiple releases of the Manson family exploits. I didn’t think that this film showed us too much “new” in comparison. Cults or social communes have always been a bit suspicious in nature. We certainly had our share in the tales of the Koresh days and his followers. This movie doesn’t use religion as a center point, but rather the taking in of lost homeless children who need a place to exist. We learn early enough that the leader Patrick (John Hawkes) is essentially a pervert who believes all new inclusions “have” to participate in the sharing of their bodies. (and giving full attention to sappy guitar songs). Which to break it down is…..Patrick gets to hump them in the middle of the night. We also get the sense that drugs are used in their daily lives in various ways. Sounds like common extreme hippy sh*t to me. 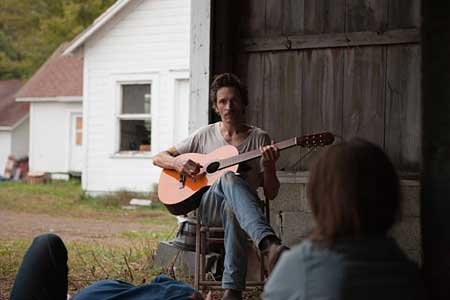 What the movie really attempts to do is follow the struggle of one girl who has to instantly re-assimulate herself back into a “normal” living situation. The movie hints at this notion sometimes pointing to normality as the notion that need readjustment. However, as sharing and frightening these memories are, they cross the lines of moral ethics eventually leading to a Manson factor in itself. I don’t think its too much of a spoiler to say that the hippies lead up to robbery and assault upon poor helpless souls. I didn’t find this to be an :”aha” moment, but rather business as usual. 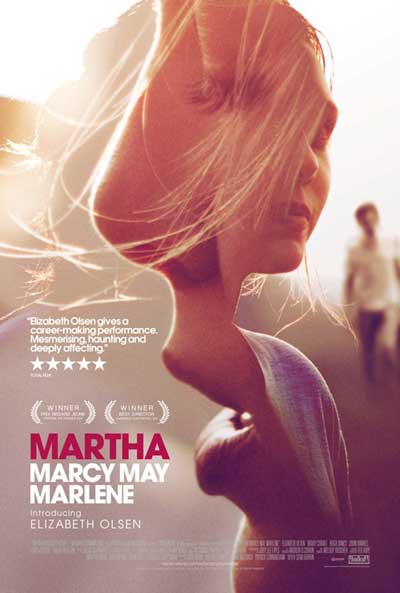 Martha begins to increase her paranoia that the cult is watching her. She begins to phase in and out of the present and past to the extent of what we believe to be permanent damage. 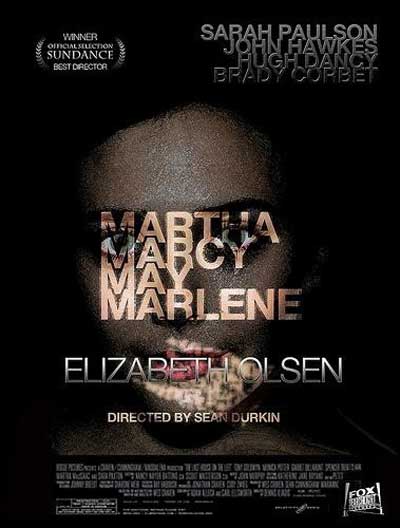 The film has received several positive reviews for its deep sense of drama and substance. I’m a bit on the fence about this. The film employs what seems to be becoming popular these days…a non-ending. We’ve started to jump into this mode as a film society that has become accepting to the lack of final act. After being subjected to this a few weeks ago in the “Devil Inside” fiasco, I’m starting to really “need” my endings back. Though for the sake of review let’s just agree that the filmmaker wanted to suggest that Martha’s ordeal was not entirely over. Whether that is literal or just deep-seated within her psyche, Martha has had some bad times. Ones of which therapy and reasoning may never quite wash. For those who have seen this, I welcome any intellectual discussions on what your take was here.

Martha Marcy May Marlene” is well acted, powerfully executed and enigmatically intriguing. I didn’t find it to be a personal favorite even though I know it will push discussions in the film circuits. My impression of the film is that it successfully re-affirms ethical boundaries..the kind our parents told us when growing up. I may never watch the film again, so I’m not gonna suggest it as a purchase, though it may be a rewarding rental.