To help promote JournalStone’s 2011 Warped Words: 90 Minutes to Live anthology. The proceeds from this anthology are being donated to Rocky Wood to help pay for much needed medical equipment. Rocky has been diagnosed with ALS.

Rocky:
Cassie: I have to say I am a little star struck! I don’t think I’ve ever interviewed anyone with their own Wiki . So, here’s what I’ve learned about you this week:
• You live in Melbourne and probably have (my favorite) an Australian accent.
• You are the president of the Horror Writers Association.
• You have won the Stoker Award for Superior Achievement in Non-fiction, among other awards.
• You are THE Stephen King expert (my husband loves you already).
• You have been diagnosed with ALS (Lou Gehrig’s disease).

Is there anything else you’d like to add to all that?

I am originally a Kiwi (New Zealander) and have dual citizenship. My accent has morphed to largely Australian after 30 years, but I have also lived in Belgium and England and travelled extensively, so the accent is a bit confused to the ear of some! I admit to being a leading expert on the work of Stephen King (guilty, as charged).

Cassie: What was your reaction when you were told that JournalStone would be dedicating 90 Minutes to Live to you?

Rocky: I was honored of course. I have a lot of respect for JournalStone, which has published tremendous work in its short history. Genre fiction always needs dedicated new publishing outlets, and horror has a great tradition of them – to me JS is adding to that tradition. And by honoring me, JournalStone also draws attention to a disease not many know about – ALS (Motor Neurone Disease, or ALS here in Australia), sometimes known as Lou Gehrig’s Disease. This is an awful disease, 100% fatal, that medical science has made very little progress in combating over the last 70 odd years. The more people know about it, the more likely it is they might donate to medical research on ALS, or to one of the community groups that support sufferers and their families. The disease is a great burden on all, as it slowly removes one’s ability to speak, walk and finally to move at all (except eye movement). Obviously, we who suffer bear a high burden, but I wonder if that is not a lesser burden than that carried by our caregivers – family, friends and professionals who have to give up some of their lives to care for us and who have to watch their loved ones suffer. 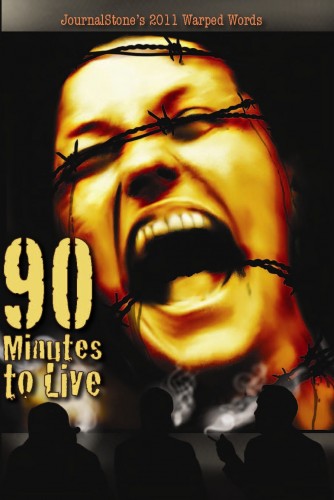 Cassie: My heart truly goes out to you and your family and friends. I cannot imagine the range of emotions that you all must deal with every day. I commend you for being such a strong voice for the ALS community, and I pray that one day there WILL be a cure!

Cassie: Do you have a favorite story from the anthology?

Rocky: Not really a favorite. What I like about the anthology is that it straddles a wide variety of strong new fiction, showcasing some exciting talent.

Cassie: What have you been working on most recently? Anything new we have to look forward to?

Rocky: Two things – one is a King project that I can’t talk about yet as it hasn’t been announced. The second is a graphic novel – my second such book, titled ‘Witch Hunts – A Graphic History of the Burning Times’. I co-authored this with Bram Stoker Award winner Lisa Morton and it’s illustrated by the rapidly up and coming author/illustrator Greg Chapman (an Aussie). It was very interesting conducting the research and understanding what drove the witch-persecution craze of the Middle Ages – greed, lust, misogyny, politics, religious schism; and to see the full circle the Christian church went through – from not believing in witches about 1150 through to not believing in them again by about 1650! In the meantime, thousands of women, and men, were tortured horribly and died ghastly deaths. We document the whole crazy episode and call out some of the men who were most responsible. McFarland (who also published my first graphic novel, Horrors!, will release the book about April.

Cassie: I’m keeping an eye out for that King project. It’ll make a great gift for my husband!

Cassie: Do you enjoy gummy bears?

Cassie: I’m not a huge fan, either, but don’t tell Joel!  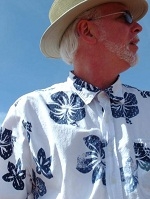 Joel:
Cassie: Who decided on the theme for this year’s anthology?

Joel: That was a committee choice. We created a list of a few dozen ideas, and finally moved them all aside for 90 minutes to live, and a lock of hair. At first, there were quite a few questions whether we desired both themes or just one of them. The authors must have liked both, because nearly every entry had them woven into the narrative.

Cassie: How did the decision to dedicate 90 Minutes to Live to Rocky come about?

Joel: That is a question for Chris, as I learned the good news when the dedication was made.

Chris says: I wanted the anthology to be about a cause and Rocky Wood is somebody I hold a tremendous amount of respect for. I wanted to do something specifically for him so I decided to dedicate this year’s anthology to Rocky Wood. He is an incredible man. I just decided it was the right thing to do. :)

Cassie: How many stories were submitted?

Joel: Close to sixty. We required a certain minimum number of words, and there were a few too short to include in the judging. I still read every one of them though.

Cassie: Which genre received the most entries?

Joel: That was surprisingly even. Horror had the most, by just a very few. To my pleasure, we had a very strong showing in YA submissions and Fantasy as well.
Cassie: How were the winning stories chosen?

Joel: That was less work than it might seem, even for a single judge with sixty entries to read. I had a perfect foundation from our 2011 Horror Competition, which awarded Brett J. Talley with his well-earned prize. We developed scoring sheets and tracking tools for that contest, and I just repeated the process. I could easily read several entries each day in the judging phase, as they were nearly all under 10,000 words.

I first began to read and score by the guidelines. That separated the top tier from the rest. I then began to look at them in terms of how they used the themes, and whether the story had any special qualities I really enjoyed as a reader. I was quickly in dire straits; they were all so very good.

Cassie: I think I’d really enjoy judging short stories. I think it would be easier to score and compare them.

Cassie: Do you have a favorite?

Joel: Yes, I certainly do. It would not be fair to name it. Did it actually turn out to be the contest winner? No—because it really was too short to meet our minimum word count. It is a sublime little story though. A fairer question might be: did any of them surprise me? There was at least one in each category, which really turned me on my head as a reader. I found a couple of them shocking, too. We were thrilled to have that happen. But, readers will soon learn when they open the book; there are a gazillion ways to frighten people. Half of those will be shocking and in-your-face, and the other half will creep under your skin and give you nightmares a couple of days later…. You will find several in 90 Minutes to Live that are terrifying from any angle.

Cassie: What’s next on the agenda for JournalStone?

Joel: We’ve barely put the ink to the pages of 90 Minutes to Live and are already in motion with our next Horror Novel Competition. 2012 will award another $2000 Grand Prize, and Brett J. Talley is on the panel to judge the entries. If you have been watching the catalog of published titles as it grew this year, you will have noticed a wide range of authors and themes are represented. We constantly seek and request submissions in Horror and Sci-Fi, our foundations, but are thrilled to receive so many good works in YA and Fantasy. We promise to publish the next outstanding book that we discover…

Cassie: I can’t wait to read some of the horror competition entries!

Cassie: When you eat a gummy bear, do you start with the head or the tail? Which color is your favorite? 

Joel: Brilliant question! I’ve heard there are different flavors in the little buggers and I don’t believe it. No sane person eats a gummy bear; they eat gummy bears. Six to ten in a mouthful and perhaps a Mountain Dew chaser… Never stop until the bag is empty, then go get another bag. 
Cassie: I think my teeth don’t like Gummy Bears, but I do enjoy a good, cold Mountain Dew! Thanks guys! This was so much fun and an incredible honor…

Rocky Wood is the author of an acclaimed series of books about the works of Stephen King, including the Bram Stoker Award nominated ‘Stephen King: Uncollected, Unpublished’, ‘Stephen King: The Non-Fiction’, and ‘Stephen King: A Literary Companion’. He also writes graphic novels, including ‘Horrors! Great Stories of Fear and Their Creators’ and the upcoming ‘Witch Hunts!’ A publisher writer since the 1970s, he lives in Melbourne, Australia.

Joel Kirkpatrick lives with his lovely wife and their two boys in Southwestern Colorado. He has authored four novels and is currently working to complete his fifth book. Not content with any one genre, he is attempting his first Alternative History, with very real characters. The research is driving him mad.