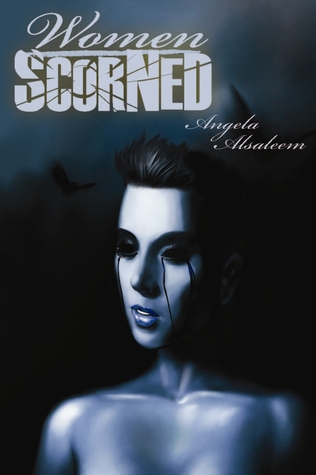 Camilla is raped and brutally murdered at the hands of a corrupt police officer. She wakes up dead, oblivious to the fact she’s crossed over into another realm of existence. As she collects herself, consumed in despair and distraught she begins to walk along the road side, hauntingly closer to her ultimate fate.

Libitina is an aspiring mortician in training and steals Camilla’s body from a nearby hospital morgue. Her previous attempts to dissect a cadaver from the cemetery ended in peril. She’s stunned when Camilla’s body is reanimated and walks out on her own. Believing Camilla is a zombie, she swiftly grabs a Dictaphone and begins to record her observations, her every move. With her Chihuahua Cerebrus in tow, she follows the apparition with a purpose everywhere she goes.

Aludra is on a conquest to draw out the chosen one Rory to perform a dark ritual in efforts to unite the spirit world and the living. A resident of a dark, Satanic monastery, Aludra’s sole destiny is to entice the only entity capable of fulfilling the macabre ritual. When the date arrives, she is exiled from the monastery and not to return until she’s delivered the Rory. Along the way she becomes distracted, obsessed with the flesh. Never baring witness to life outside of unholy walls she lures one innocent victim after the next getting drunk on her own insatiable thirst for blood.

The plot takes a brief detour into some exposition about the High Priest and High Priestess. Some dark details are divulged about how Aludra’s conception came about that will sure raise the hair on the back of your neck.

Meanwhile Camilla and Libitina soon bond after several days of pursuit. The walking undead has a vigilance in drawing the breath out of the wicked. She has visions of women susceptible to violence and violation and settles the score to perpetrators near and far. Camilla’s newly discovered ability inspires Libitina to an all new purpose.

As the plot thickens we see the connection between Camilla, Libitina, Aludra and Rory and their ultimate quest to unite the spirit realm and earth. Will Camilla seek the answers she desperately is in search for? Will the dark monastery fulfill their evil age old desire to interweave purgatory and the living? The spell binding conclusion will mesmerize you in Women Scorned.

Angela Alsaleem’s premiere literary effort is dark, descriptive, graphic and gory. Simply put there are all the quiessential ingredients to a gold old fashioned humanary stew. Her subtle use of biblical references as if something offends thee then tear out the eyes in the origin of sin, of course paraphrased but it makes for some very compelling, effective terror. A common fear among many horror enthusiasts and general readers alike is the thought of spiritualism, the afterlife and the unknown. Needless to state there is a reason why religion is one of the controversial topics you should avoid in introductory conversation. Not many like to invest in deep thought with respect to the after-life. It is one of the things that strike such profound fear within us we avoid it at all costs, subscribing to denial rather than facing what lies within. Angela’s grasp of these fears and ability to exploit them in all their glory is tremendous indication of a brilliant future for a budding novelist of brood.

Her use of first person inner monologue is endearing and realistic, making the characters much more ordinary and easy to relate to. I especially like within the acknowledgments how she was strongly encouraged by others to tone down the characters talking to themselves. I’m not sure if I particularly agree with this advice but then again I wasn’t privy to the initial drafts as well. The inner monologues are effective in channeling and provoking inner emotion in its purest, most raw form. Not many new authors can capture these elements. Angela has done so seemingly with ease.

Intense imagery and skin crawling descriptions can be best described as Alsaleem being the female equivalent or dark soul mate of one Clive Barker. The death scenes are grisly and ruthless preying upon your subconscious. One scene comes to mind of a man’s genitals missing with greenish puss oozing in its place with frenzied pools of white maggots wriggling. It’s not a major surprise as to why there is a disclaimer on the back of the novel. Although this may place limitations on Alsaleem in terms of demographics and restraints, but I don’t really think so. If you have a knack for something then I say run with it as she’s done so in such vivid grandiose.

The use of all female protagonists is noteworthy and innovative. We’re well within an era where its common place to find women heroines and leads, even female antagonists. I think it’s fresh and a cut from the regular mould we’d simply become accustomed to. The plot pace rapid, exciting and executed with such finesse we absorb the situations and circumstances at a pulse thundering rate with an appetite for more. Alsaleem’s sense of rising tension is unveiled with expert timing devouring the reader’s deep seeded need for dramatic finale.

Highly recommended to fans of gothic horror, Satanic themed tales or anyone interested in something a little innovative; best of luck to Ms. Angela Alsaleem in her future darkened endeavors.