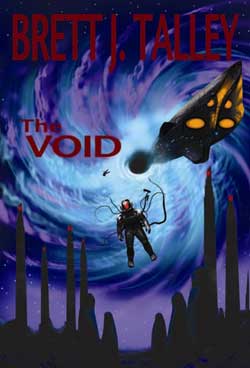 Aboard the intergalactic ship the Chronos in the year 2169 the crew of Captain Caroline Gravely, Rebecca Kensington, Aidan Connor, Jack Crawford, Cyrus McDonnell and Malcolm Ridley engages in warp travel and encounter a deserted long lost ship The Singularity.

On an undisclosed mission to the distant Riley the crew faces obstacle after obstacle. Cyrus becomes infected as a result of something gone awry in midst of his sleep chamber while in warp mode. As a result the crew submerges in trepidation in having to quarantine him for his own safety and everyone else’s. It appears as though he won’t make the balance of the journey let alone the return home.

The Chronos, their mother ship narrowly escapes several black holes, a glimpse into certain, inevitable demise. Their ultimate mission takes a dramatic turn as Crawford discloses their sole purpose is to find The Singularity, restore it bring it back to civilization. A mutiny ensues as we learn Rebecca knew all along of their superiors’ intentions. Newly enamored Aidan cannot shake his sense of betrayal as the remaining crew are held hostage to comply with their suicidal mission.

Unearthly apparitions make their presence known first through the haunting dream like states the crew experiences while sedated in midst of warp travel then eclipses into reality while aboard the Singularity. Will the nightmarish fiends enslave the core existence of the crew of The Chronos? Or will they have the stuff to conquer fear within itself?

Descriptive, dark, surreal The Void allures, entices and imprisons the reader from page one. Talley has a gift for depicting multi-layered characters we understand and can compare our own fallacies with.

The plot setting is relevant yet at the same time inconsequential. As our tale takes place in the future the themes of the story could equally translate as effectively as a sixteenth century sea faring story or a postmodern sci-fi adventure. Talley subtly beckons the reader drawing their attention with realistic, interpersonal relationships. One does not have to be an intergalactic geek to be moved by The Void.

A firm grasp of fear and all the exquisite ramifications it holds unto the horror audience is dually noted time and again. Irrational fear is as real to everyone as the air we breathe Talley recognizes the power of the subconscious and how it surfaces in our own collective thoughts. Dream like symbols representing guilt, sorrow, envy, pride and wraith and so on plague those aboard The Chronos. It’s a testament to just how powerful the subconscious transcends onto our conscious decisions, actions and reactions.

For these reasons Talley has composed an immensely effective novel. It’s rare we stumble onto a new author so consistent in their capability to allure us into their next anticipated journey.

Talley proves That Which Should Not Be his debut effort was no fluke. He’s here to stay deeply embedded in our darkest dementia.