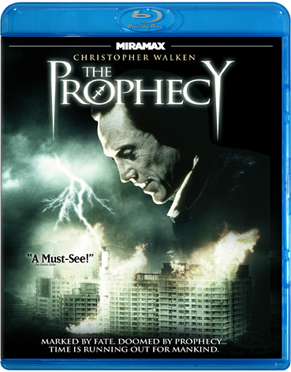 The angel Gabriel comes to Earth to collect a soul which will end the stalemated war in Heaven, and only a former priest and a little girl can stop him.

While it may not fall into Walken’s greatest works, it certainly is one of his most memorable. Walken carried forth his reoccurring role as Gabriel into not 1 but 3 films in the “Prophecy” franchise. Movies of this nature seemingly combine horror and religion in an almost affinity that makes sense on many levels. Mainly the tackling of the war in heaven and the falling of angels. 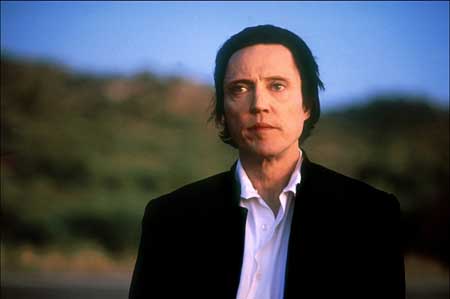 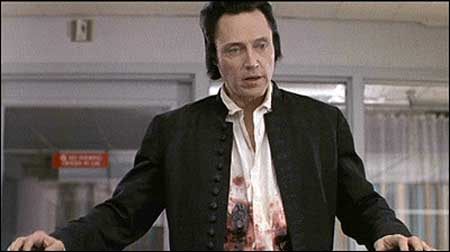 In “Prophecy” that falling has already occurred, though the remaining angels still hold a grudge over mankind and seek out a domain of there own. As it’s told, Lucifer reigns over hell while Gabriel and some of his minions attempt to begin a 2nd war due to God’s favoritism over man. Gabriel played by Christopher Walken has arrived to seek out a dark soul of a famous war hero. This dark soul will give him the gusto needed to win this heaven war as they prepare for the 2nd round. Though greedy Lucifer knows that another domain will mean another hell and his concern is that there is no room for “2 hells”.

Lucifer is played by a younger Viggo Mortensen who manages to really bring a believable frightening portal that even in human form is felt in the film. Virginia Madsen who plays the role of Katherine is caught in the middle when angel “Simon” arrives too hide the soul far from Gabriel. Simon is embraced by actor Eric Stoltz who in his charming way really becomes the protector of the film. 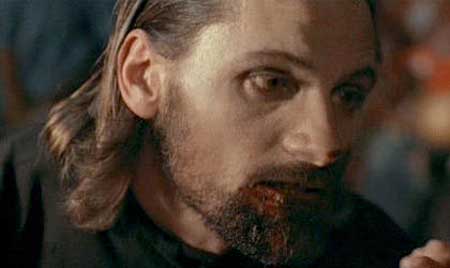 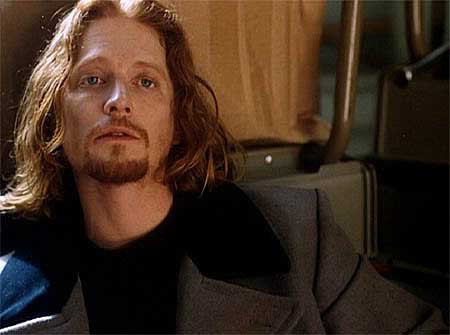 What is most interesting here that I feel kind of set the premise for future “like “films is that the angels and not always perceived as good at least in the perspective of what we would assume. Walken looks a bit out of place with his jet black hair, though somehow that adds a creepiness to his character. The film finale’s into the inevitable choice of good over evil and the choices that e make as humans. The movie went on to 2 other sequels that continue this lineage and struggle in heaven.

Perching, burning, black eyes….it’s all angel fare that really made this a must see film,. My only complaint was this lethargic feeling I got at times due to the long drawn out length of the film. Though somehow this has also remained a favorite and for that matter a subject area that has been repeated many times in more modern films. 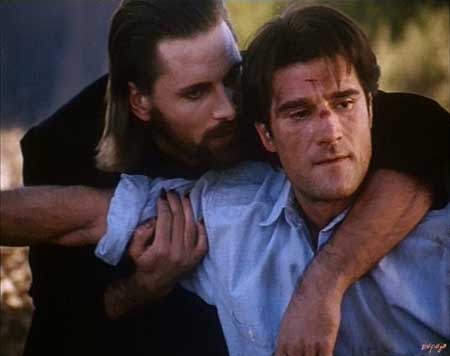 This 2nd war in heaven can also be seen in TV series such as “supernatural” and recent films such as “Legion” and Gabriel. Whatever the case, the interpretation is presented differently every time which roots itself in the basic premise of angel jealously.

A recommended classic, not perfect but still a very good film in my book.

Read our review of “The Prophecy II”

The Prophecy is now available on blu-ray per Echo Bridge Entertainment.