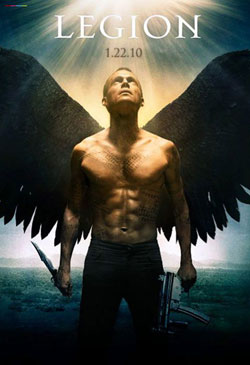 An out-of-the-way diner becomes the unlikely battleground for the survival of the human race. When God loses faith in humankind, he sends his legion of angels to bring on the Apocalypse. Humanity’s only hope lies in a group of strangers trapped in a desert diner with the Archangel Michael (Bettany).

Legion, another one bred from the “war in heaven angels aren’t what they are cracked up to be” mold. A film that was highly anticipated seems better served as a decent rental than a theater release. But then of course they do have top liners Paul Bettany and Dennis Quaid. I’ll give it props for an pretty bad ass trailer that seemed like it would be a fun ride. Though I left the theater really with a lukewarm reaction. My suggestion is even at the expense of a few spoilers it might be better to get the initial gist before you plop down you last $20 to take the Mrs. to. 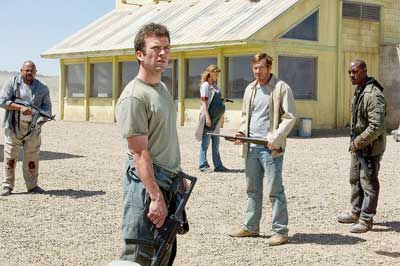 The time is projected in a near present. The situation is an apocalypse. Now our main character Michael, who we quickly establish as a somewhat fallen angel has arrived to save humanity from total extinction. The funny part is that God is only best described as “well he’s done with the bullsh*t”. God has been getting a pretty bad rap lately between films and weekly episodes of Supernatural, however the film wasn’t that much more of a step above the successful series. Another thing of interest is the war between angels. No, not so much heaven and hell like we expect, but angels who are simply following orders or jealous of mankind. 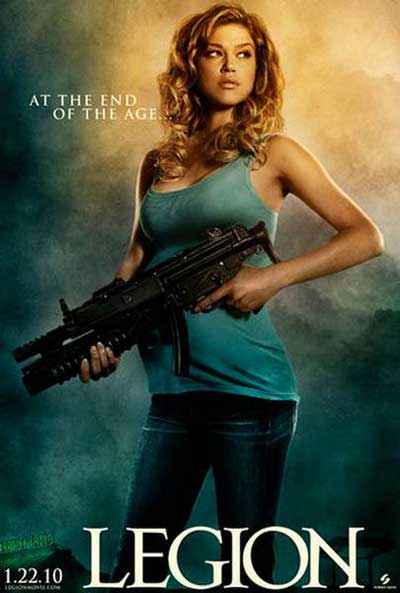 In fact, really hell has no influence in this movie. The monsters or creatures we see from time to time are possessed humans, inhabited by lesser angels, which kind of throws off the whole idea about the apocalypse quite a bit. Lucifer isn’t mentioned or ever called upon. In fact there is really only 2 of the main angels who appear in this film. Michael and Gabriel (Kevin Durand). Now on this notion alone I couldn’t help but feel cheated both on the potential for visuals and the story. After viewing, I felt like either it wasn’t long enough or we only got a piece of the story. By this I mean like the middle chunk which is missing the beginning and ending chunks. 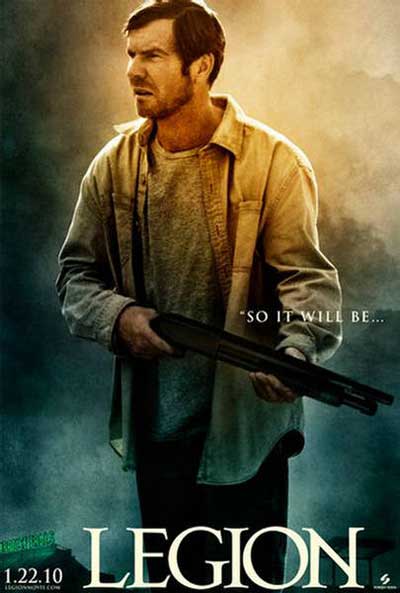 However, don’t take my word for it, see for yourself. The film is directed by Scott Stewart who has directed 1 movie up to this point. The direction was ok, though I would have pushed for more, rather than less is more. The brunt of the movie is confined to an off road diner which quickly smells like “Feast” or “Maximum overdrive“. Though we do expect alot more than what is served up. Drama is handled ok between characters and a over confident Michael who comes in to save the day and protect Charlie’s illegitimate child from being taken and killed. But wait….stop why is the baby important again? what purpose does he serve in the future. Oh ya, thats kind of assumed but left out. Don’t forget that God doesn’t care and is tired of the bullsh*t. 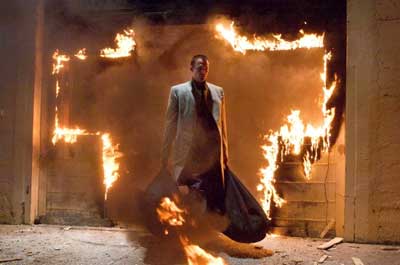 Getting back to the fun parts of this film. We do get a couple really cool demon (or such) appearances that look to be inspired directly from “Drag me to Hell“. They are cool enough to provide intriguing content for a cool trailer but not enough to sustain a whole film.

After the grandma scene, its pretty much not much more after that which also provides the unintentional comic relief of the film. Gabriel and Michael go at it…..ya, there’s something missing from that scene as well. The facts of the films start getting mixed up with cinematic excuses leaving much of the content in a mess. Bottom line, I think the economy just had an effect on the end budget for the film which in the process probably killed alot of the original plans. Or at least we hope that was the case. 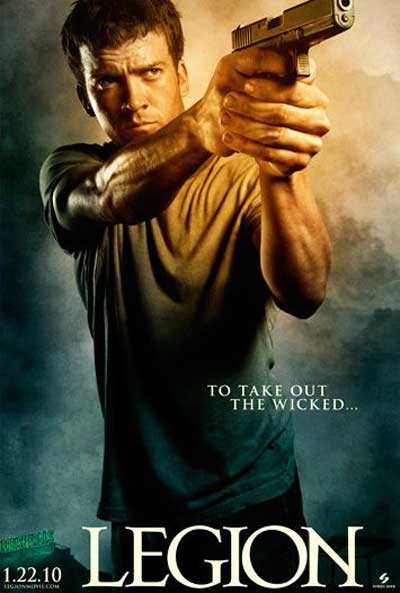 Can I recommend this film? Only for portions, but lack of depth and follow up really kill whatever momentum it was trying to get. In fact you’ll probably benefit more from the straight to DVD movie titled “Gabriel” (2007) than this film. At least it had substance minus the cool special FX scenes. Oh well, better luck next time.