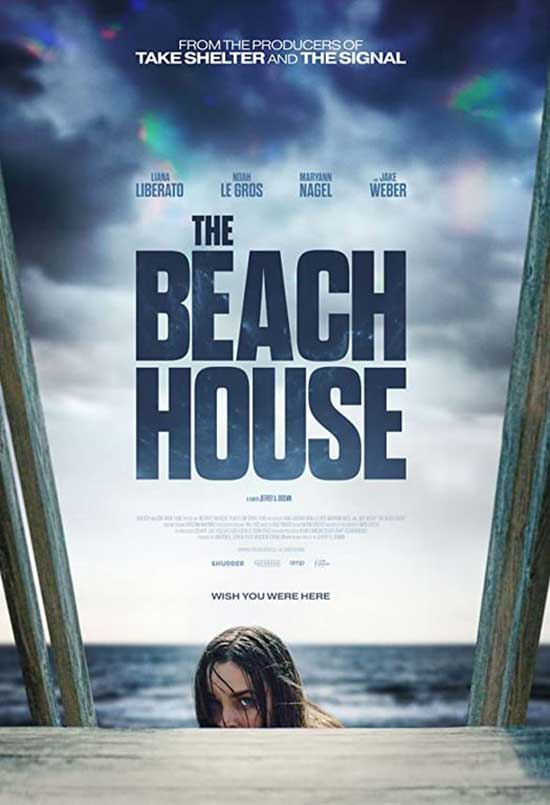 “In THE BEACH HOUSE, hoping to reignite their relationship, college students Emily (Liberato) and Randall (Le Gros) arrive at their weekend getaway only to discover a peculiar older couple already staying there. They all agree to share the home but, after an indulgent night of partying, they’re awoken to a living nightmare of apocalyptic proportions. A mysterious airborne microbe has infected the water and it’s making its way to the house….”

The Beach House was written and directed by Jeffrey A. Brown (Sulfuric). The opening of the film is breathtaking. Liana Liberto is Emily and she is planning a getaway with Randall (Noah Le Gros). (Like I always say, what could go wrong? Have we seen A Perfect Getaway or most recently, Death of Me?) Liana and Randall arrive at a beautiful house. It looks so peaceful. The beach is so close. 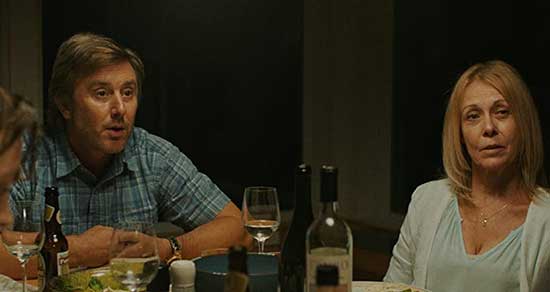 2020 has been a year of survival for so many people. Healthcare workers, truck drivers, customer service. Anyone doing a good and trying to keep things going. Jane (Maryann Nagel) and Mitch (Jake Weber). Okay, may we write/talk about Jake Weber for a moment? He is so calm, cool and collected in this movie. He has such an incredible resume as an actor. This cast is great. Liana and Noah seem like they’ve known one another forever. But Jake Weber has been in everything from Dawn of the Dead (2004), U-571, Medium, in which he played Joe Dubois. He played Patricia Arquette’s husband. Medium was a fascinating show. 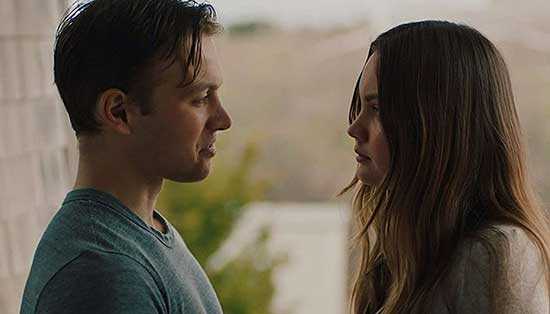 He is also in 13 Reasons Why. A series that made everyone think. Jane and Mitch have showed up to this beach house that Emily and Randall are staying at. Who are they? What do they want? Jane begins to give a speech. It is one of those speeches you automatically latch onto and think, “Whoa this is heavy. What is she going through?” Liana seems slightly nervous and hesitant but she doesn’t completely act like she is. Meanwhile, Randall wants to share edibles with Mitch and Jane.

Emily is talking to Jane about what she is studying and Mitch is cleaning up and he seems to space out for a second. (The edibles are kicking in.) (The ocean and the beach are so incredible. There is such a calmness about the ocean. It may be a force of nature, a force to reckoned with but, I’ve been in the ocean when it was it was completely peaceful and it feels as if you are indeed in a peaceful place.) Emily sums up all of us when she says, “I want to be a scientist but I still do dumb shit.” That is like a 2020 quote. 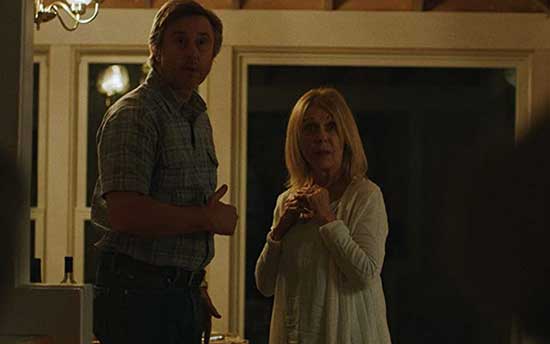 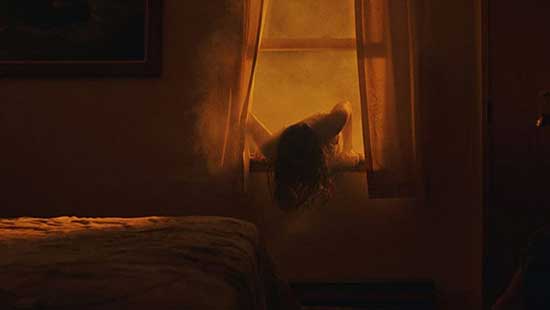 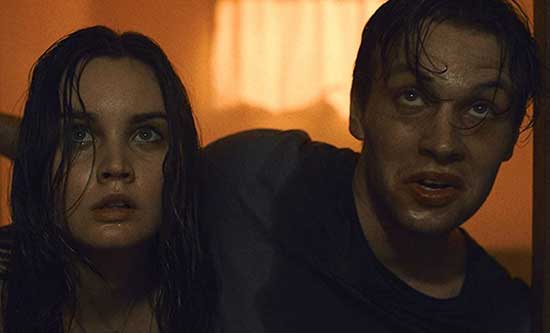 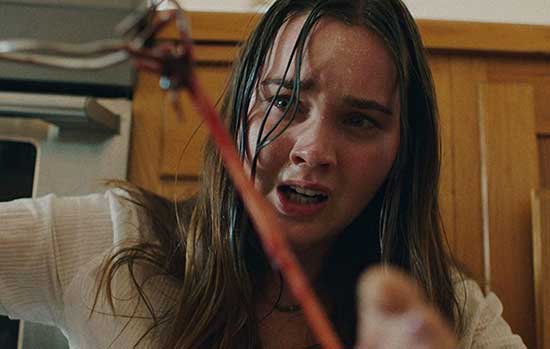 Mitch tells Emily that he did feel a light-headed earlier. Mitch left Jane wander down towards the beach. Randall is half-asleep and Emily is seeing sunspots. It’s about to get weird. This movie feels psychological, trippy. It is unsettling in a good way. It makes you question things? (Maybe, it’s just me?) Mitch and Jane have hidden themselves away. Randall and Emily head back to bed. The smallest of details in The Beach House makes it beautiful. Even as this sort of psychological/horror with such a twist. You don’t quite know what is happening yet? I have an idea.

I don’t get why they haven’t gone to the beach yet? Emily comes downstairs to find a despondent Jane surrounded by medications. Emily finally gets to do a little relaxing at the beach. She is joined by Mitch. There is a beautiful science to this film. Mitch reminiscences about Jane. Mitch goes for a swim, the type of swim where someone has had enough and they want to just keep swimming. Emily screams, she tries to see if she can spot him. It is an ocean.

Films such as Relic, The Rental, Host, and Spiral, have had some strange scenarios for those dealing with hauntings, murder, strange and strange places to visit. I would recommend this film. Are they zombies, ghouls, monsters? 28 Days Later meets The Crazies beach house edition. Randall and Emily try to get help. Randall tried to help Jane and now he’s sick. How does a simple trip to a beach house cause so much chaos? 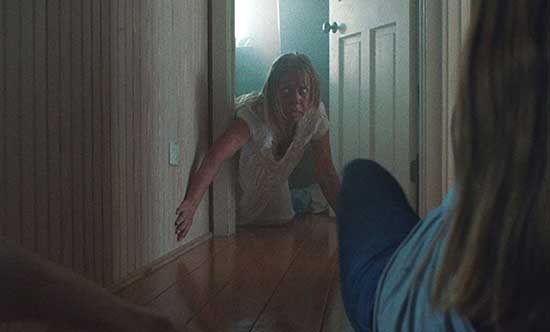 Emily is still trying to figure this out. Invasion of the Body Snatchers? Emily wants to leave and Randall is having a few problems. Jeffrey A. Brown did an excellent job with this film.

Make sure to check out, THE BEACH HOUSE. What a wild ride.