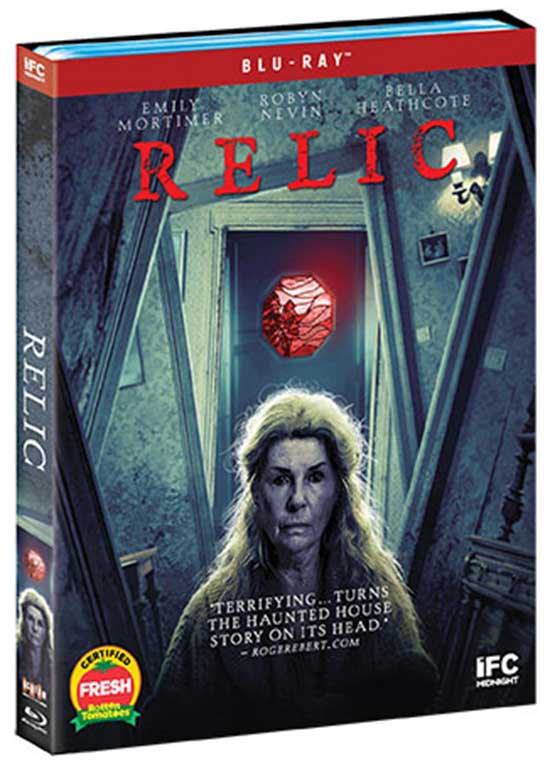 A daughter, mother and grandmother are haunted by a manifestation of dementia that consumes their family’s home.

I love haunted house/ghost/psychological movies. There is always something eerie and unbeknownst that no matter where you are or where you go? There is something creepy on the horizon. Relic is directed by Natalie Erika James (Creswick) and written by Natalie and Christian White. Emily Mortimer who did an incredible job in the film, Mary, plays Kay. Bella Heathcote is Sam and Edna is played by Robyn Nevin. Kay receives a phone call Mike (Steve Rodgers) that nobody has seen her grandmother for a few days. 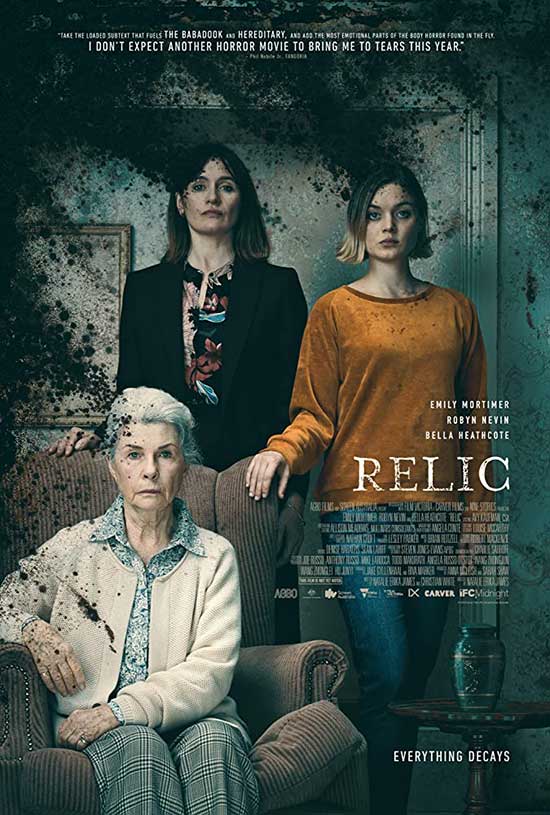 Kay and Sam show up at the house. Sam gets in the house through the doggie door. It’s deep in the woods, it’s a beautiful house with character. Kay speaks to the police and Sam wanders around the house. Kay and Sam stay in the house and there is search for Edna. The house is creepy and there are strange noises and things that don’t just go bump in the night. I like to think that houses in movies often become a character in the film. There is a story to tell and secrets maintained by the house. 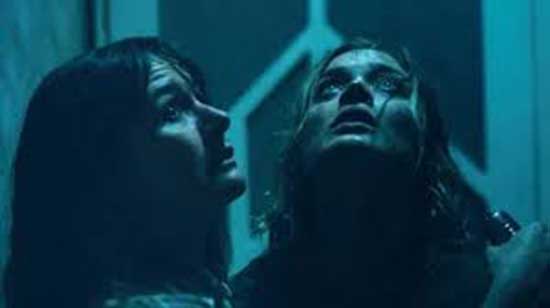 Movies like Psycho, The Texas Chainsaw Massacre, Rosemary’s Baby, The Amityville Horror, The House by the Cemetery. Those movies had legendary, unique locations that added something extra to the movie. Well, Edna has reappeared and is in the kitchen making tea. Kay is baffled and Sam is excited to see her. Edna seems okay, she is checked out by Dr. Stanley played by Catherine Glavicic.

Robyn Nevin is so good in this role, she playing this character with heart and mystery. Her movements are slow and creepy. Kay deals with a creepy under the bed moment and then heads to the “retirement home.” You work, take care of kids or you don’t have kids, you take care of everything, you live life and then the “retirement home” life. Meanwhile, Sam and Edna are dancing. (The music fits and its beautiful) It’s a light, fun moment in this movie. 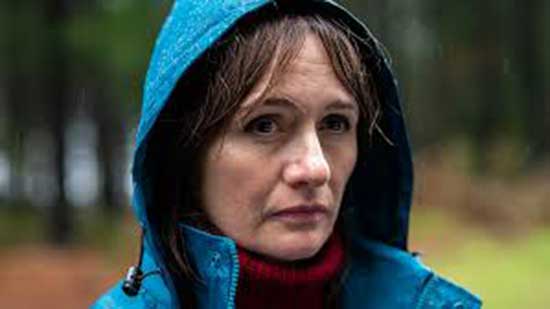 Sam offers to move in with Edna. There is a tense slow burn. You get a feeling when things are going haywire but, it gets scary. Sam goes to talk with the neighbor Alex (Jeremy Stanford) and his son Jamie (Chris Bunton). She wants to know why Alex doesn’t visit anymore. He tells the story. Edna is out in the woods burying photo albums. The tension in this movie is a little different. It isn’t overwhelming, it’s done with a subtle feel. You are not quite sure what is tormenting this family? Its unseen, unknown. That makes it even scarier. 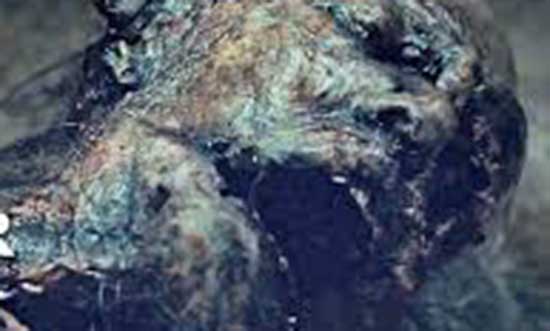 Sam is lost somewhere in the house and Edna is tearing at and stabbing her chest while in the bathtub. The lights go out and Edna is trashing her room. Whatever Edna is, she turned into this human/creature hybrid. The special effects are on point. For a second, she looked like the cyclist from In the Mouth of Madness. Relic is creepy and there is a sadness to this movie. It may not intentionally deliver a message but take care of one another, be kind.

Make sure to check out Relic.

Relic is now available on blu ray per Shout Factory