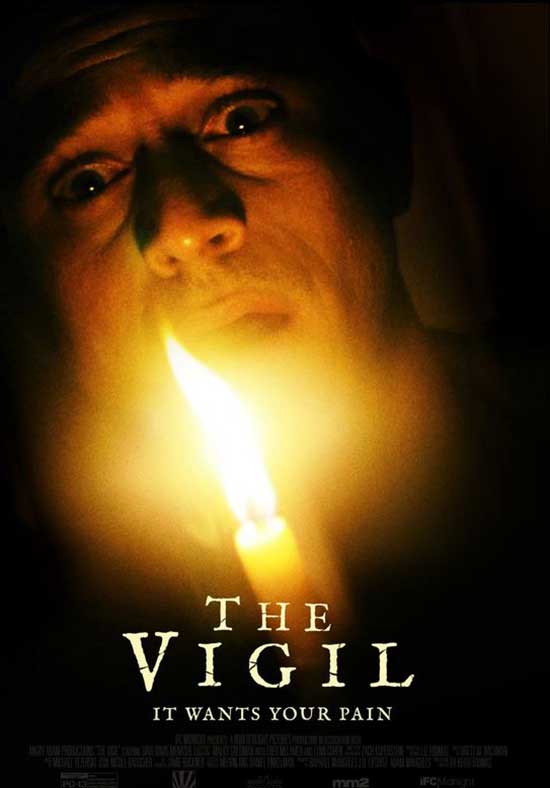 Steeped in ancient Jewish lore and demonology, THE VIGIL is a supernatural horror film set over the course of a single evening in Brooklyn’s Hasidic Borough Park neighborhood. Low on funds and having recently left his insular religious community, Yakov reluctantly accepts an offer from his former rabbi and confidante to take on the responsibility of an overnight “shomer,” fulfilling the Jewish practice of watching over the body of a deceased community member. Shortly after arriving at the recently departed dilapidated house to sit the vigil, Yakov begins to realize that something is very, very wrong.

Directed and written by Keith Thomas, The Vigil delivers a terrifying story with demonology and tradition. Happy New Year. It’s 2021 and this will be the first film I’m reviewing for Horrornews.net.

Yakov (Dave Davis) is with a group of friends and they are talking and sharing stories. The conversation they are having is good. Life is difficult and Yakov talks about having to choose between “medication and meals.” Life can be difficult and chaotic. It can kick you when you are down but if you get back up? That is what matters. Reb Shulem (Menashe Lustig) is waiting for Yakov outside the building. 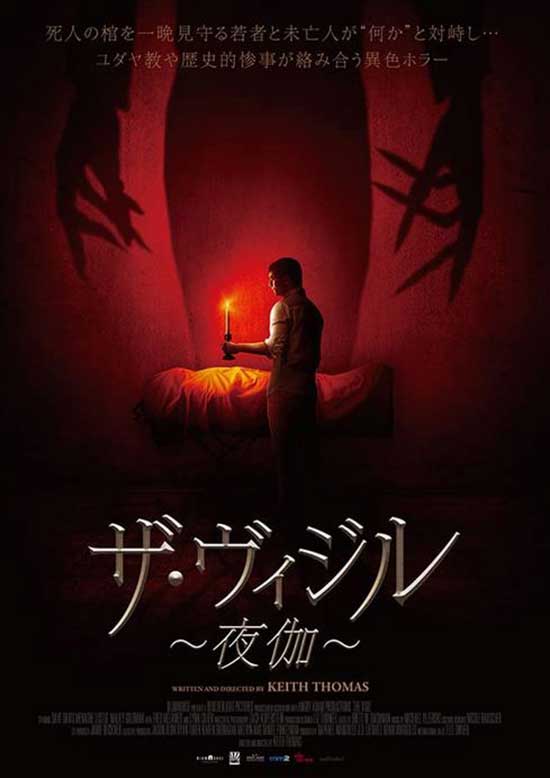 He offers Yakov to watch over the body of Mr. Litvak who passed away. He wants Yakov to be the “shomer.” Yakov is struggling and needs the money so he does it. Reb assures him, everything will be fine and quiet. Mrs. Litvak (Lynn Cohen) lost her husband, Mr. Litvak (Ronald Cohen). It’s always fascinating to learn the different spiritual practices. This is a beautifully shot and edited film. It reminded me of walking around Brooklyn. Mr. Litvak was a Holocaust survivor. Off-topic, I remember the first visiting the United States Holocaust Memorial Museum in Washington, D.C. It was overwhelming, I had to go outside and get some air.

After meeting Yakov, Mrs. Litvak doesn’t approve but despite Mrs. Litvak’s disapproval of Yakov as a “shomer,” he stays. He agrees for the money. Yakov is Mr. Litvak’s guardian now for the evening. Yakov puts his earbuds in and takes a seat… The calmness doesn’t last. I think demonology and exorcism related films seem to bother some people more than a regular slasher flick. There is an uneasy feeling with people and what you can accept or allow to happen. Some people find with exorcism films that maybe people allow demons or whatever it may that is tormenting a human soul. 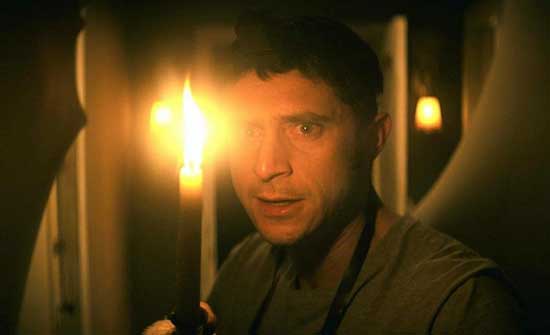 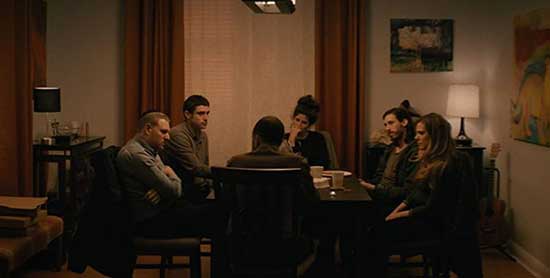 Yakov is already stressed and trying to zone out. We have all sorts of strange things happening. Yakov is texting back and forth with Sarah (Malky Goldman) and the lights are flickering. It gets weirder and creepier. The nail scene…. OH KEITH THOMAS! It’s so good but WOW, ouch. Lynn Cohen is such a legend. She plays this character with ease. Lynn Cohen is so talented; she becomes these characters with ease. Dave Davis is doing a good job playing this sort of lost soul. He’s trying to make it and survive in the world. That’s relatable to so many of us.

I want to say the music in the film is beautiful. “Girlfriend” by Trevor Something and “Ashrei” by Zusha. Cecelia Margules performed “Ominous Piano” and it fit the film perfectly.

I know I have said this before there is an eeriness to the unknown. When there is a presence, whether it be a demon, a force, a malevolent presence. There is something uneasy about it. Yakov calls his doctor, Dr. Kohlberg (Fred Melamed). He thinks he’s seeing things and hearing things. Mental health and trauma changes people. Yakov seems to be working through a lot. Mrs. Litvak has a conversation with Yakov. She mentions her husband was “broken by memories.” What memories? What happened to him? Yakov learns more. 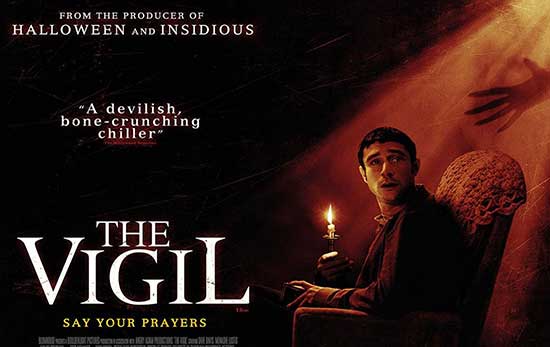 This is so much more than just some demon movie. It’s a beautiful story with this man struggling with something horrible that he went through.

It gets scary. There is something horrible in the house and Yakov wants to leave. The type of demonic presence is known to harm. The “broken memories” flashbacks to what happened to Yakov. People will often say, “the past is the past.” When you are tormented by horrible memories, sometimes it doesn’t work like that. The demon is portrayed by Les Gardonyi. Young Mr. Litvak’s broken memories are shared. The Vigil is scary and Keith Thomas did an incredible job with this film. The shots, the darkness and light and with the history. It was fascinating. The story, the love story and Mrs. Litvak staying with her husband. Keith Thomas delivered a good film with an incredible cast. 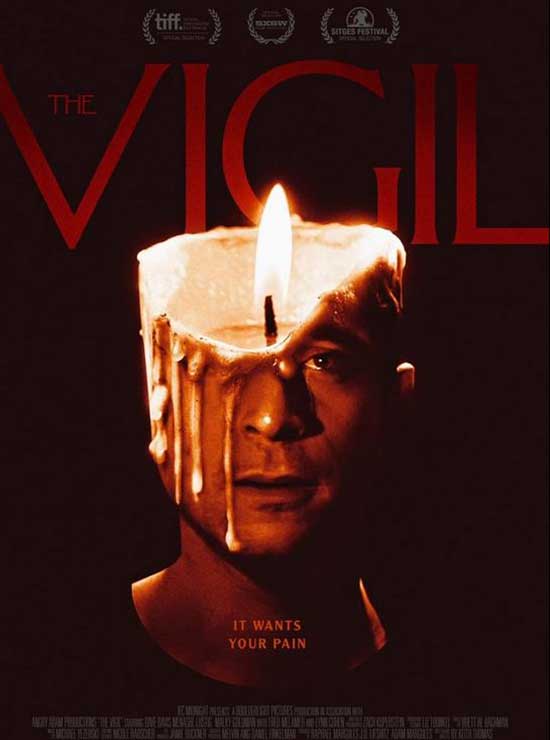 I would recommend this film. Stay safe out there and check out The Vigil.