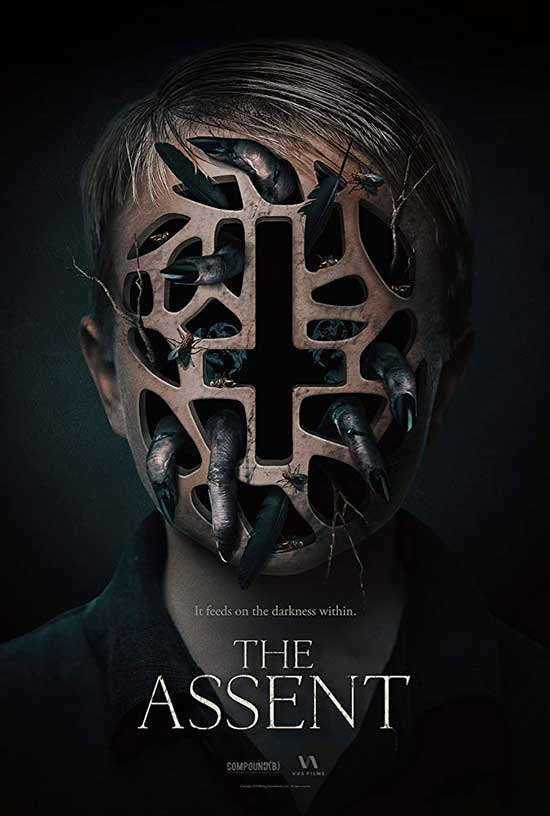 A single father with schizophrenia struggles to determine if his son is possessed or if it’s all a delusion.

The Assent (2019) is a demonic possession flick with a lot of potential that ultimately plays out as a standard 2000-and-something direct to video release. Written and directed by Pearry Reginald Teo (The Curse of Sleeping Beauty 2016), it stars Robert Kazinsky (Pacific Rim) as schizophrenic widow Joel, an artist of macabre sculptures struggling to make ends meet and keep custody of his son, Mason (played by Caden Dragomer, Modern Family series 2018). When Joel suspects his son has been possessed by a demon, it’s up to him to decide whether to believe his therapist, Dr. Maya (Florence Faivre, Agents of S.H.I.E.L.D. series 2017), or exorcist Father Lambert (Peter Jason, They Live 1988 and Mortal Kombat 1995) as to whether the affliction is real or imagined.

The cast is a mixed bag, here. Kazinsky actually does wonderfully as the put-upon Joel, upstaging his flat performance in Del Toro’s Pacific Rim by leaps and bounds. Genre staple Peter Jason’s voice is still magnificent and booming, but his stern face reveals little depth into his character, resulting in a by-the-numbers performance. Faivre’s onscreen time is uneven, too, as she feels quite cold and confrontational for a therapist, even one who manages such hard-luck cases. She scowls and grits her teeth through much of the role, and it feels unmotivated. 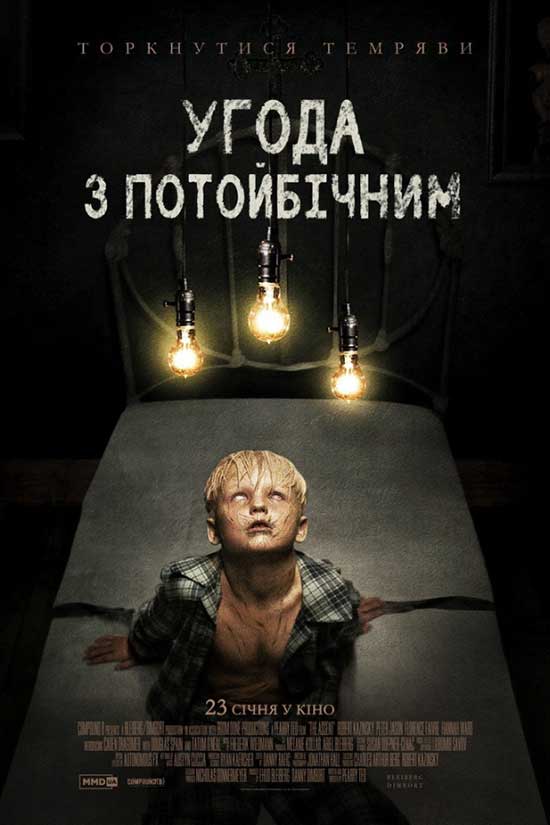 The set dressing and effects prove more effective, with the family house where most of the film takes place being equal parts dingy and gawdy, with pictures and sculptures of gory, bone-laden oddities everywhere. Most shots are dark and heavily saturated, but it works in a mid-2000’s Marilyn Manson music video kind of way. What is less successful is the overuse of a color-bleed filter, which is supposed to signify Joel’s loss of reality, but instead feels to the viewer as though they forgot to put on their 3D glasses. There are a few monsters on display, too, and they look bizarre enough to be lifted from a Silent Hill game. Sadly, many of the monster shots don’t include actors, and the cuts between a monster and a cast member lays bare the limited budget.

Teo’s script starts strong, and it pulls enough new ideas into the possession tale to get one’s hopes up that this may be a breath of fresh air into the stale genre. Joel’s mental illness, his sculptures, and the addition of Father Lambert’s past failure where a possessed child died all suggest a string of surprises down the road; these threads are ultimately dropped, however, in favor of dull ending that feels like a tired reskinning of The Sixth Sense. Teo clearly intended this finale to be a “Whaaaaat” moment, which instead becomes an exposition-heavy unravelling that abruptly stops all tension dead in its tracks. Teo’s directing fairs better, and makes the environ of the old house feel cramped without the camera work being overly reliant on forced close ups. Still, the inclusion of too many post-production filters and effects cheapens much of the adept camera work, and would have been better off being skipped altogether.

Ultimately, The Assent is not the worst of the direct-to-video flood that has resulted from the reintroduction of Friedkin and Blatty’s The Exorcist to theatres in 2000. It has a strong start, a good performance by the lead, and nice art direction, all of which competes with a script that fails to fulfill its potential. If you’re really in the exorcism mood and have run through all the staples of the genre, this might be worth a glance. Otherwise, watch The Exorcist, The Exorcist III: Legion, or the psuedo-documentary The Last Exorcist to get your fill of demonic shenanigans.