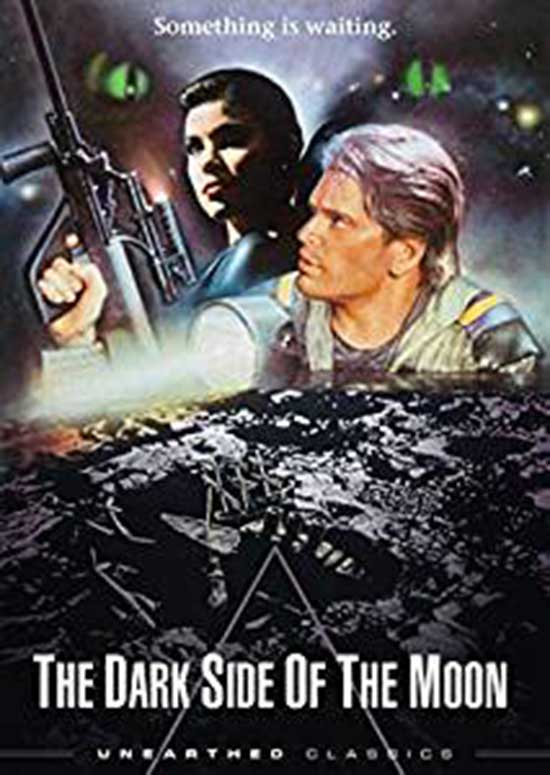 In 2022, a repair crew is sent to fix an orbital weapon but their spaceship malfunctions and ends up heading towards the dark side of the moon. There, in a mysterious, seemingly abandoned space shuttle, a sinister force lies in wait.

So I am guessing that every review starts out this way…., no, not the famous album by Pink Floyd…
“The Dark Side of the Moon” is a 1990 release, now getting a facelift per the fine folks at Unearthed Films. It actually feels a little weird watching a film that looks at year 2022 as the future with it now only being 3 years away. I’m sure folks back then expected bigger science fiction-y things taking form 22 years later. However, while things are progressing, space travel is kind of at a stand still these days and not quite what cinema anticipated it would be. 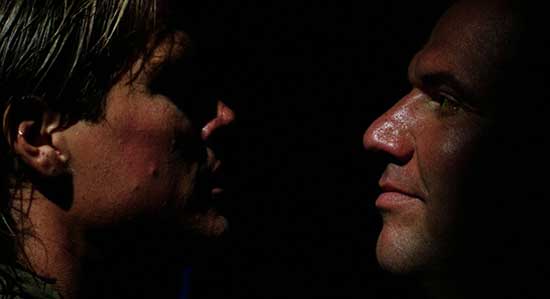 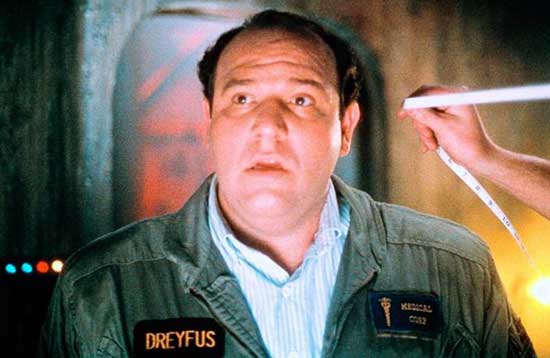 Getting things back on course, we have a 1990 horror science fiction piece unearthed from the archives. It begins with a missions that has sent out a repair team to fix what they are calling an orbital weapon. Essentially, it is a nuclear device that can’t go unchecked due to its destructive nature.

As the spacecraft makes it way thru space, they encounter some malfunctions that shouldn’t be happening. This places them near the dark side of the moon (hence the title) while things get complicated with oxygen and fuel diminished. Upon arrival to this area they also come in contact with a NASA space shuttle that has been floating around for some time. The discovery provides relief from the oxygen / fuel problem but also raises more questions than answers. 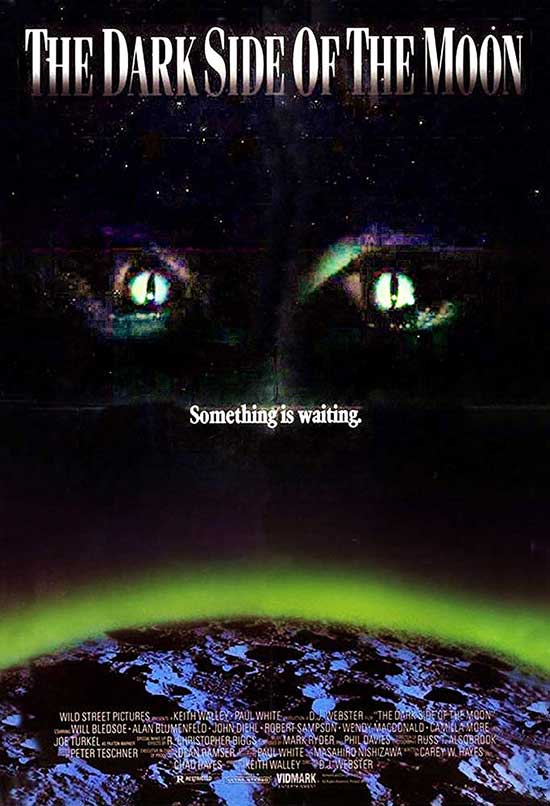 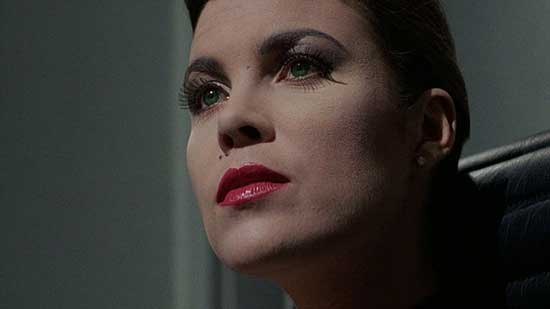 The Dark Side of the Moon takes on the theme of horror science fiction (more notably the idea of horror in space, or a spacecraft that holds dark entities). This approach was best captured in 1997’s Event Horizon which took that idea in a more visceral horrifying direction. (Just a note, for those seeking like film set ups)

Make no mistake, “The Dark Side of the Moon” is a bit of a slow grind with intense highlights. There are probably more questions than answers here, such as why their AI tech is beautiful living cyborg that is permanently bound to a console chair, or the background details of the past and present presented (that seems a bit sketchy). We have a bit of gore thrown in for good measure which seems limited to disemboweling stomach areas. Then we have the more complex puzzle which is the roots of the entire piece. 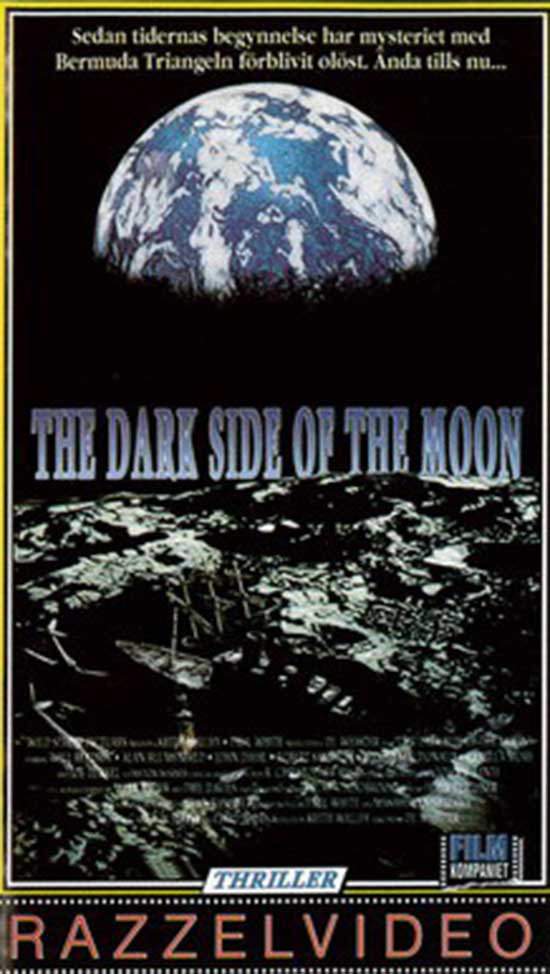 Research and discovery points to the “Bermuda Triangle” as a subplot, with the devil himself hanging around for good measure. Dark entity appearances and takeovers reveal themselves thru partial hallucinogenic states. This is thru some sort of mind manipulation signaled per darkened settings and glowing eyes. In short, the devil appears to have an agenda here which is explained in lengthier dialog sessions.

It was clear that the direction of this film was to invoke a thriller-based isolation scenario while adding gory moments for impact. “The Dark Side of the Moon” not a film that stands out as a 1990’s top winner, but still offers a plot that is off the beaten path and kept curious enough to see it all play out, so for that alone it deserves viewing.

I really would have hoped for more of a climatic visual reveal rather than centering just on dialog-based resolutions (a factor I liked in the film “The Unnamable“), as glowing eyes seem a bit too low budget of an approach on this. The set was well done and kept the element of being inside a spaceship believable, however a little more of the practical FX makeup would have been nice. 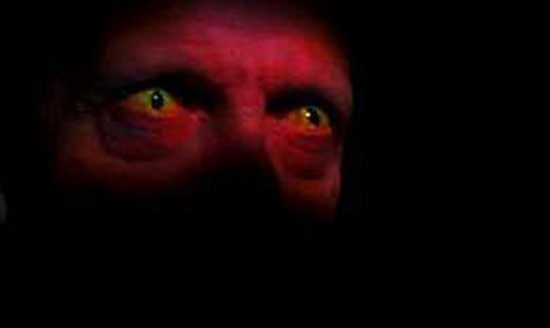 The Dark Side of the Moon is pure early 90’s horror which in summary is from an era that was still in discovery mode between merging tech, the limits of FX at the time, and storylines that delve into dark subject matters. It’s an average horror release that brings deeper intentions.

The Dark Side of the Moon is now available on blu ray from Unearthed Films
www.unearthedfilms.com