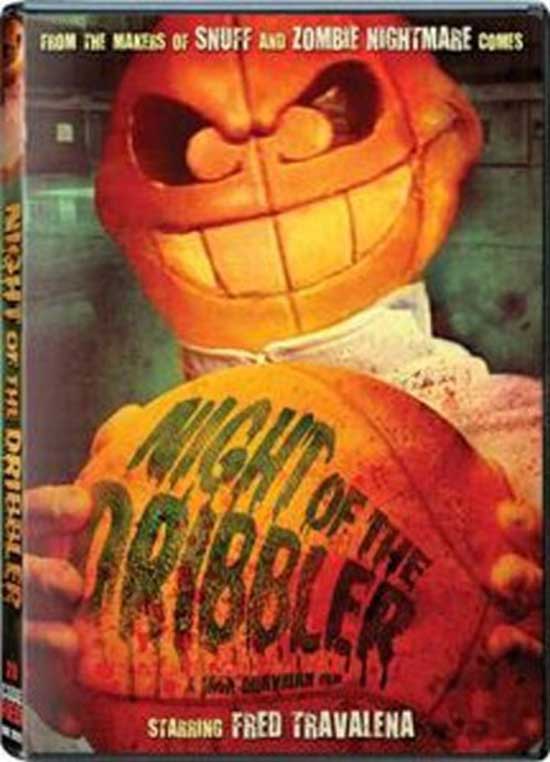 A guy in a basketball mask starts knocking off (well, kind of) the players of a crappy college basketball team.

Several nights ago my wife was looking through movies on Tubi and asked if I’d ever seen Night of the Dribbler. When I said that I hadn’t she was surprised because apparently it was made in 1990, so both of us were shocked I’d never even heard of it. It turns out that it was in fact made in 1990 but wasn’t released until 2009. A few minutes into it and I realized why it took so long for it to get released and why I’d never heard of it, because it is without a doubt one of the worst movies I have ever seen in my life. I’m not exaggerating when I say that either, as it is so bad I actually felt bad for the people who agreed to have anything to do with it as you can tell they were embarrassed to be associated with it. 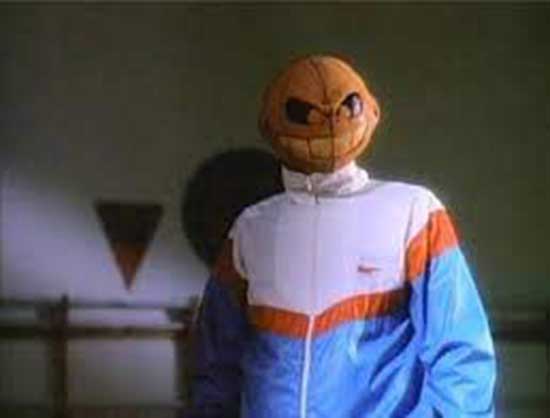 I’ll give the people behind it credit, the premise sounded mighty damn good. Someone is going around killing and maiming the members of a terrible college (or is it supposed to be a high school? Seems like it changed every other scene so I’m guessing the screenwriter couldn’t make up his mind) basketball team (and for some unknown reason one of the cheerleaders too) and we have to figure out who is the culprit. 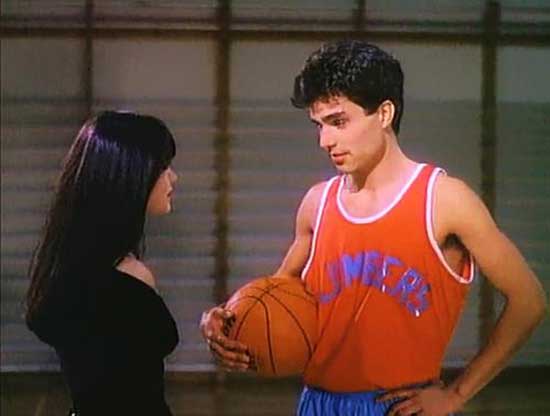 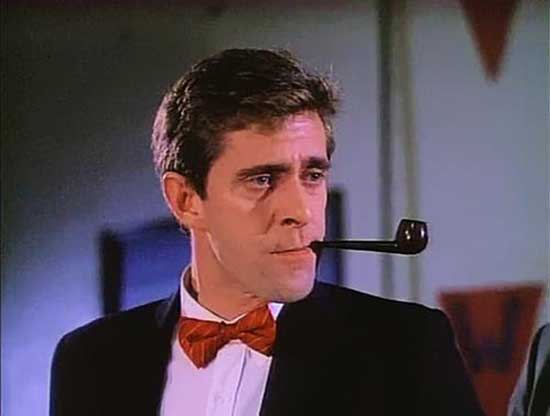 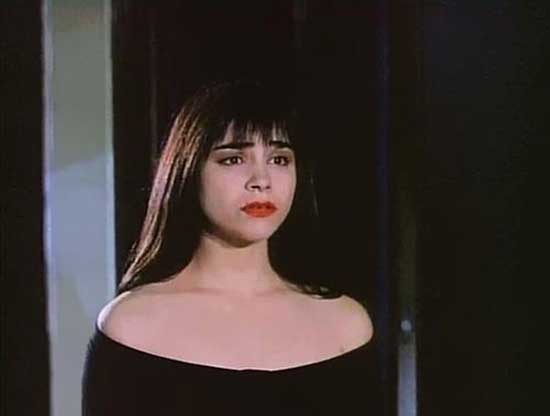 Is it the equipment manager-who is dying to be on the team-, his goth-wannabe love interest, his kooky dad (who walks around with a pipe in his mouth in every scene he is in), the dean/principal of the high school/college (who has made a bet with a principal/dean at another high school/college that her team will win the big game), or someone else? Sounds sort of interesting, doesn’t it? I thought so too until about three minutes into things when I realized it was just some half-ass comedy (which is not funny at all) that desperately wants to be a Troma movie but can’t quite pull it off. It was marketed as a horror/comedy, but in reality it isn’t either one as it isn’t funny or scary, and honestly, I feel like I deserve some sort of award or medal for actually making it all the way through to the end without running away screaming (which is a feat in itself).

Why is this movie so bad? I don’t even know where to start. The acting is atrocious at best, the screenplay is just plain bad, and it isn’t even remotely funny. The “jokes” are so bad as a matter of fact that you can’t even groan at them. They try over and over again to do Airplane!-like sight gags that just don’t work and I’m pretty sure that the script was really written by a ten-year-old boy, because only elementary school kids would find anything about this movie funny, and I have a feeling that even the biggest majority of them wouldn’t have laughed at this movie. We get some “hilarious” bits like someone literally turning a table during an argument with someone, an exploding basketball (complete with a 60’s Batman show text across the screen that reads “Boom!” at one point), and countless other moments that are supposed to be funny but fall flat and won’t elicit the slightest chuckle from anyone watching it. I’ve seen butter commercials that were funnier (and more entertaining), and as I said earlier I actually felt bad for the people in the movie as I was watching it because they will forever be known as being in Night of the Dribbler. 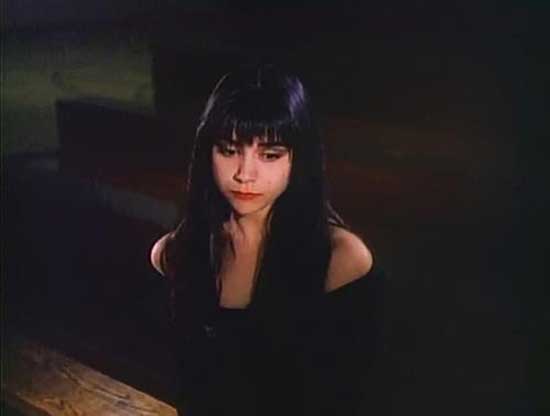 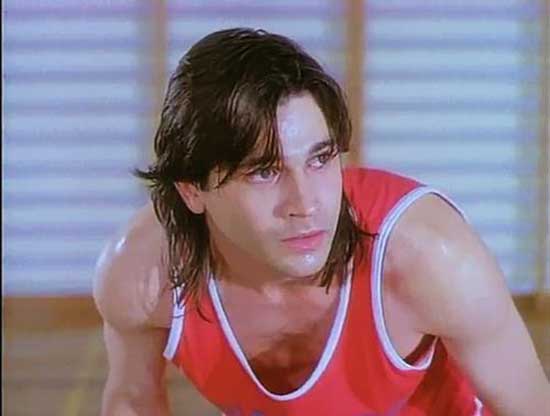 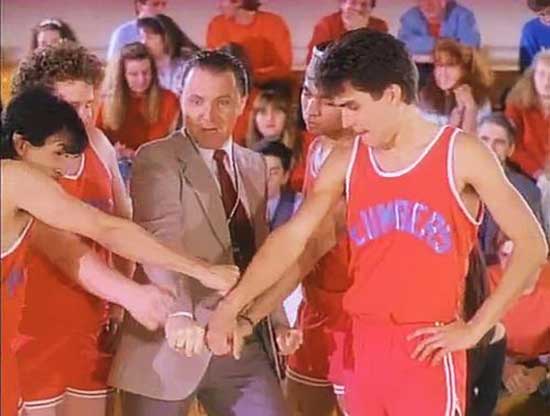 As bad as everything was about this movie, without a doubt the worst part was Fred Travalena, who plays four different parts in the film. For those of you who don’t know who he was, he was a painfully unfunny guy that thought he was going to be the next Rich Little or something. His gimmick was that he did impressions of famous people, and he did so very poorly. During the course of the film he does a number of different voices, and not a single one is particularly good (his Michael Jackson impersonation is so bad it must be seen to be believed). He plays a sportscaster (which is probably one of the most annoying characters ever caught on film), the coach of the basketball team, a cop (which is just as annoying as the sportscaster character), and a singer during a dance. At one point in the film he just gives up and plays one character while still looking like another character he played, but they filmmakers either forgot or didn’t care and just left it in the movie even though they are supposed to be two entirely different characters (I think). His annoying impressions get very old very quickly, and since he isn’t very good at any of the ones he attempts I was amazed I was able to suppress the overwhelming urge to mute the TV every time he was on camera trying-and failing miserably-to be funny. 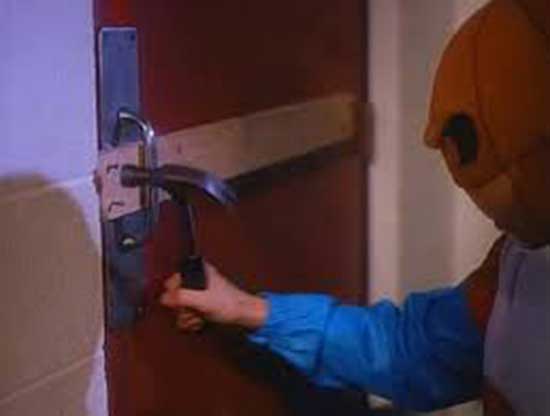 How in God’s name Night of the Dribbler hasn’t been featured on MST3K or Rifftrax is beyond me as it would be perfect (which isn’t a surprise since the guy that directed it also directed and produced Zombie Nightmare). I always at least try to find something positive so say about most movies I review, but that just wasn’t possible with this movie. It’s one of those that is so bad that it is just bad and not fun in any way and should be avoided like the plague. You’ve been warned.