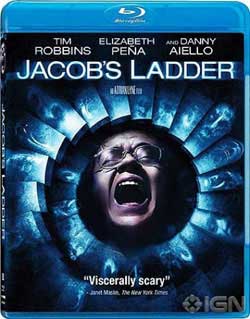 SYNOPSIS:
“In Vietnam on the 6th October 1971, American soldier Jacob Singer is wounded by a bayonet during an attack to his platoon. He wakes up in a New York subway while going home late at night after working overtime in the post office. He is divorced from Sarah, lives with his colleague and lover Jezebel in a small Brooklyn apartment and misses his young son Gabe, who died in an accident for which Jacob feels responsible. During the next days, Jacob is chased by demons and finds the army conspiracy against him, while having strange visions during different moments of his life.” (courtesy IMDB)

REVIEW:
After Jacob (Tim Robbins) is stabbed in Vietnam he is slowly dying and in a comatose state, during which he experiences ‘life in an instant’ which takes place in a nightmarish New York. Jacob hallucinates military conspiracies, ice-water baths, people as demons, being wheeled through purgatory, etc. While this is going on, he also has flashbacks of his family life, which all together gives the impression that our protagonist has become unstuck in time. By the end of the film, Jacob finally accepts his death and climbs the staircase with his son Gabe (Macauley Culkin), at which point it is revealed that the Vietnam scenes have taken place in the present tense, and that his ‘flashbacks’ were really just Jacob periodically waking up from his nightmare, fighting to stay alive. 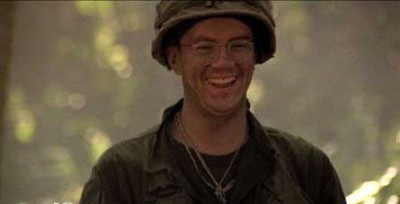 To the casual viewer, Jacob’s Ladder (1990) appears to be one of those unfortunate situations in which writer Bruce Joel Rubin could only explain the convoluted material by making it all a dream, throwing in every bit of gloomy, paranoid imagery he could get his hands on, including The Tibetan Book Of The Dead. Mister Rubin is responsible for such middle-of-the-road efforts as Brainstorm (1983), Ghost (1990), Deep Impact (1998), Stuart Little II (2002), The Time Traveler’s Wife (2009), and what many film-goers consider to be director Wes Craven’s least effort, Deadly Friend (1986). Despite the deficiencies of the script, director Adrian Lyne and the actors do an admiral job. Many of the scenes are very well performed and, more often than not, well directed. In fact, the scenes without demons, jump-cuts or shaking heads were the most effective for me – like when Jake’s lawyer (Jason Alexander) tells him he doesn’t have a case, or when Jacob and Jezzie (Elizabeth Pena) are just goofing around – strong performances indeed. 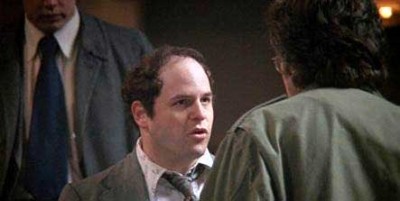 Production design and cinematography is what really makes Jacob’s Ladder an intense experience. The whole city feels like a morgue. This is the New York seen in Midnight Cowboy (1969) and Taxi Driver (1976). Burnt-out, decrepit and bleak. A hard place to be sure, and the bland colour saturation only adds to the cold sets and the grim mood. Especially Jake and Jezzie’s apartment, which has no direct lighting, only diffused sunlight peeking in from behind closed curtains. There may be too many jump-cuts, black-outs and four-frame-per-second techniques employed for regular horror fans to find it truly terrifying, but there are some legitimately upsetting moments. 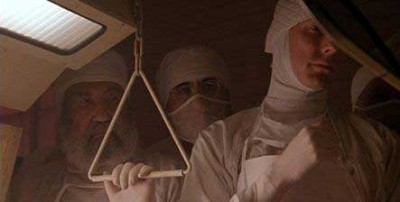 Jacob’s Ladder is an above-average film from mediocre director Adrian Lyne, a soft-p*rn purveyor whose previous erotic escapade, Nine And A Half Weeks (1986), probably did more business under-the-counter at motels than it did at Blockbuster. Mickey Rourke and Kim Bassinger lock themselves away for Nine And A Half Weeks and mix their desires with fresh fruit, while he chain-smokes and gears up for a bunch of imitations like Wild Orchid (1990). Lyne’s Indecent Proposal (1993) has more sins and affairs of the heart – but mainly affairs of the flesh – as Demi Moore sleeps with Robert Redford for a cool million, while hubby Woody Harrelson is left to pick up the pieces. With Lolita (2000), Mario Kassar, Jeremy Irons and Lyne – three of Hollywood’s dirtiest old men – collaborated on adapting the granddaddy of all things sexually transgressive, and in Unfaithful (2002) Diane Lane proves she’s still a hottie, even if she is silly enough to marry Richard Gere and then, out of pure boredom, commit adultery with a slimy French door-to-door salesman. But I digress. 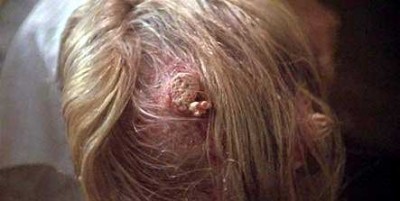 Perhaps I’ve become jaded in my old age, but I found Jacob’s Ladder guilty of possibly the most heinous crime possible for a twisted tale – predictability. The films of director M. Night Shyamalan suffer similar problems – The Sixth Sense (1999), Unbreakable (2000), The Village (2004), as does the recent film The Box (2009) adapted from the Richard Matheson short story Button Button – they make a fine tale when told in twenty-five minutes, but if you give your average intelligent film-goer ninety minutes to work out the ‘twist’ before the end, they will. Jacob’s Ladder is a variation of the old ‘Life in an instant’ story that goes all the way back to 1337 and The Tales Of Count Lucanor by Don Juan Manuel, but perhaps the most famous version of the story is An Occurrence At Owl Creek Bridge written by Ambrose Bierce in 1890. Made as an award-winning French short film in 1963, it was proudly presented by Rod Serling as the only episode of the original Twilight Zone not specifically produced for the show. 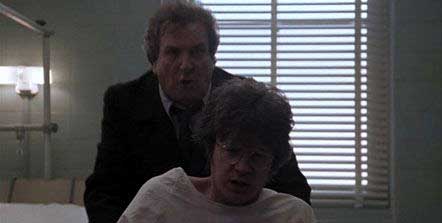 A man is to be hanged by a group of American civil war soldiers. When he is hanged, the rope breaks, and the man falls into the water. Once he finally reaches the surface, he realises his senses are superhuman. He travels through forest, attempting to reach his home thirty miles away. During his long journey, he is fatigued, footsore and famished, urged on by the thought of his wife and children. He starts to experience strange events, hears unusual noises from the wood, and believes he has fallen asleep while walking. He wakes up to see his home with his beautiful, youthful wife outside it. As he runs to reach her, he suddenly feels a searing pain in his neck, and everything goes black. It is revealed that the man had never escaped – he imagined the entire story during the time between falling from the bridge and the noose finally breaking his neck. 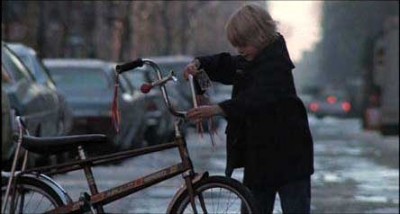 In fact, the subject of ‘life in an instant’ was touched upon many times in the classic Twilight Zone in episodes such as In Praise Of Pip (in which a dying young soldier in Vietnam spends his last minutes as a boy with his estranged father), and Death Ship (in which a man who refuses death is cursed to repeat his last hours forever). Now that I think about it, Jacob’s Ladder is a sort-of anti-It’s A Wonderful Life (1946). And it’s with that thought I politely ask you to please join me next week when I will take you even closer to the event horizon of the insatiable black hole formerly known as Hollywoodland for…Horror News! Toodles!