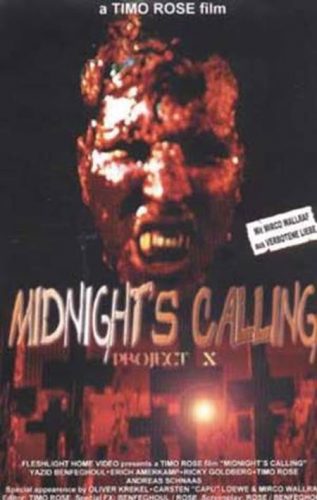 A group of five people coming to a small town to investigate what caused the disappearance of people. Soon everything falls into place – in the town are operating zombies

By now, at the end of 2016, Timo Rose has already directed over twenty-five films and is currently working on a few more. These titles include Barricade (with Raine Brown and Joe Zaso), Game Over (with horror legend Debbie Rochon) and even a handful of projects co-directed with Andreas Schnaas (including Violent Shit 4: Karl the Butcher vs Axe and Unrated: The Movie). But way back in 2000, shortly after first appearing on the German splatter scene (behind the camera, at least) with Mutation, Rose released a couple movies that would serve as his more “official” introduction and begin to shape his films to come: Psycho Jack, a somewhat artsy, torture-based horror film about a deranged killer, and Midnight’s Calling, which brought a new chapter of zombie lore to Germany. 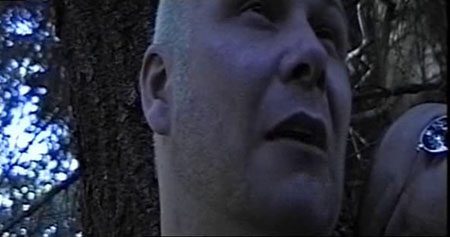 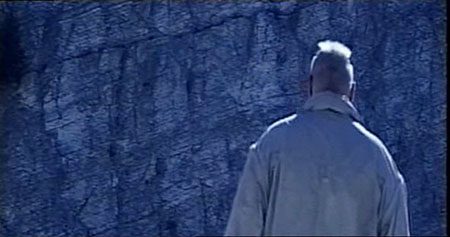 I’ll probably sound like a broken record starting like this, but here goes…as with many of the older, lower budget, shot on video German horror films, unfortunately Midnight’s Calling has no English subtitles. So, for us non-German speakers, we will miss out on some details that are no doubt important to the story, but at least we can get the general idea. And so, our plot here revolves around the events taking place in a town called Midnight’s Creek. Strange reports have been coming out about the town, and much of the population seems to have simply disappeared. A team of military guys (I think they’re military, based on their weaponry and uniforms) heads into town to check out the situation and hopefully make things right. But when they get there, it’s worse than they ever could have imagined – the town’s population has somehow morphed into a mutated, zombie-like army of flesh-hungry monsters. But how did this happen, and how can they be stopped? 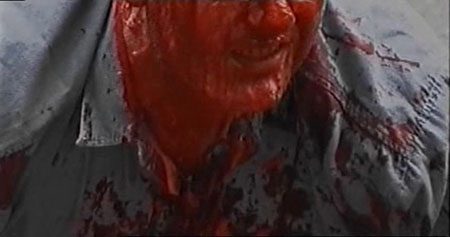 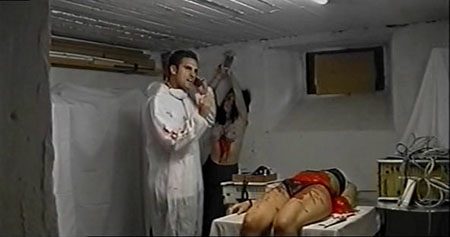 We do run into a bit of a problem here, one that is always a possibility with non-subtitled movies, and one that I wish I could fix. And that problem is that, while we can enjoy the action and the fights between the “good guys” and the zombies, and blood and gore are pretty much a universal language, without the English translation of the dialogue here we miss out on the answers to the above questions and many others. There are some scientists running some kind of experiment with a variety of women bound to tables in the laboratory. And there seems to be one main player, I believe he is credited as Mad Scientist (played by Mirco Wallraf), who looks normal, and speaks normal, but can often be found exhibiting other traits of zombies, i.e. the penchant for a steady diet of human organs. But much of the “why” behind the transformation of the city, aside from a glimpse of paperwork for something called “Project Goliath,” is given to us through dialogue, and if you don’t speak or understand German, it may be lost to you. 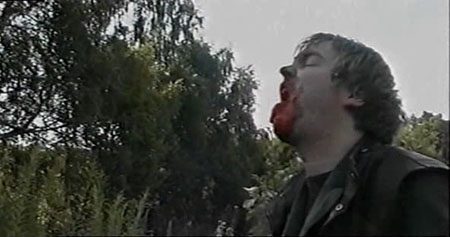 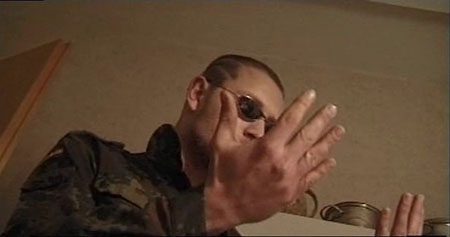 All that said, I actually found this more entertaining than some of Rose’s other earlier films (the Mutation series, specifically). The effects aren’t perfect, but they’re fun enough, as zombies are offed left and right by machete, shovel, ax, and even head-exploding gunshot (I believe I saw a little homage to Fulci’s The Beyond in there as well). They may not look like million dollar effects, but there certainly is plenty of red stuff flowing throughout much of this movie. The acting is sufficient, with no single actor standing out with a particularly poor performance. And while there are a couple scenes that go a little long, that could have been cut down just a few seconds and still given the same information, I didn’t find Midnight’s Calling to be packed with filler like so many independent horror films have fallen trap to. There are plenty of loose ends when we’re all finished – who is that girl Ivan (Timo Rose) is suddenly saving, and where did she come from? – but not to the point where sense is lost. 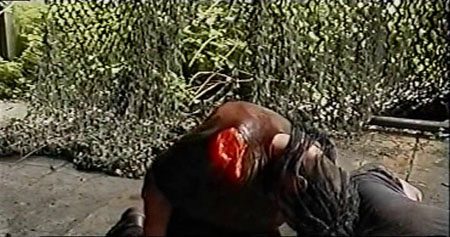 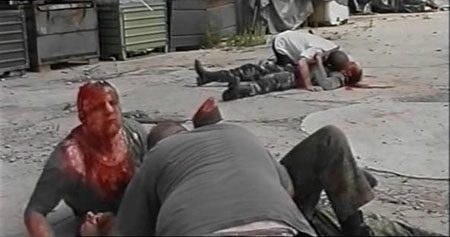 By now, there are a ton of zombie movies from all over the world. Some are great, some are decent, and so many range from redundant and derivative to downright unwatchable. Midnight’s Calling is a decent zombie/mutation movie. It’s fun, it’s entertaining, and in the wide wide world of undead films, at least it isn’t just ripping off some other story. I wouldn’t recommend this as an intro to the work of Timo Rose, but if you’re already a fan of his work, or just a die-hard zombie fanatic, you’ll want to look for a copy of this film.