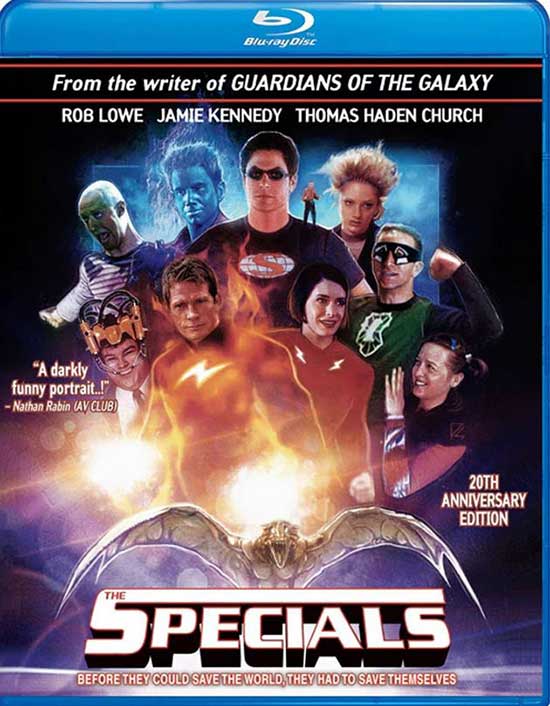 The sixth or seventh best superhero team in the world pursue their rightful place in the harshly competitive world of toy tie-ins and fighting evil.

Per the title of the film, you might say 2000’s “The Specials” title mimics its storyline. The Specials is a film that while flying under the radar boasts a top line group of acting talents. It’s silly, strange and yet you tend to feel like this group of actors agreed to do the film on an off-day between real gigs. But wait! It has got its own appeal and charm that while filmed in 2000 tends to mirror the more absurd version of superhero films that came out in the earlier 80-90’s. 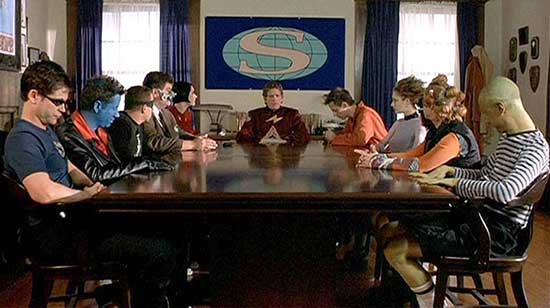 It’s a super hero movie without fx. It is an ongoing conversation of bickering, decision-making, lifestyle choices, and back stories about how these individuals arrived under one group.

I have probably seen the somewhat-similarily-grounded film “Mystery Men” about 8 times and yet never heard of this comedic -non action-action film. Written by James Gunn, you’d be surprised that he went on to pen the stellar “Guardians of the Galaxy” films (among others).Not to mention that he took the time to provide a bit of acting talents to the mix of this project as well. Gunn is simply a comic book aficionado who loves his hero experiments hitting the screen. The Specials is one such example. 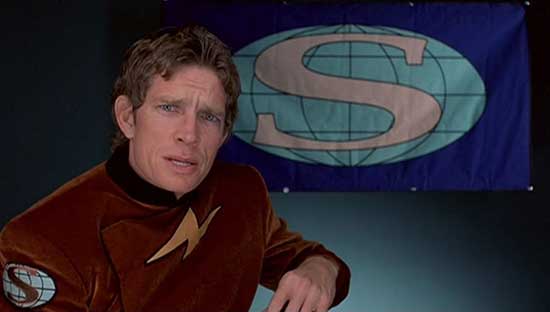 So getting right into it, we have an odd movie that boasts a super group of heroes who are usually the last to get called on a job (6th or 7th place actually). The world is clearly made up a various hero groups, many of which have gone on to fight crime and save the worLD leaving behind the lesser know operations. The Specials is one such group who have faded somewhat into obscurity. Now the real question here is with all the hero films that have came out is it possible to have a movie where none of the heroes use their superpowers (and in fact is never seen using them?). There are no battles, no villains, only hearsay, stories of the past and ton of inner drama going on.

The group has been honored by a local toy company who has produced a line of action figures designed after them. Even with this sudden boost, the team still manages to mess things up for themselves. 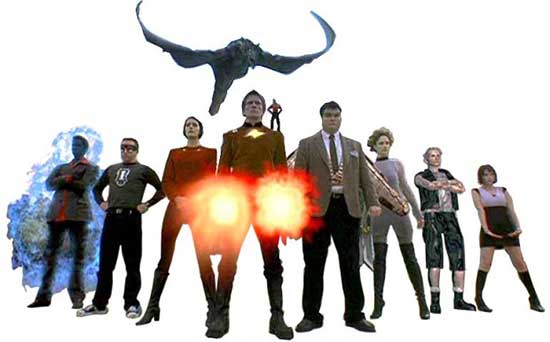 Led by the superhero “The Strobe” (played by actor Thomas Haden Church), the team has just recruited new addition “Night bird” (Jordan Ladd). As she is welcomed to the team, she discovers that most of these deadbeat heroes prefer inner turmoil over actual fighting crime.

Jamie Kennedy grabs the highlight of the film as the angry hero “Amok”. Joined by Rob Lowe as “the Weevil” and several more name talents, we have the making of The Specials. The film itself is more of a satire of the hero genre seeing that it doesn’t waste any budget on actual special effects. 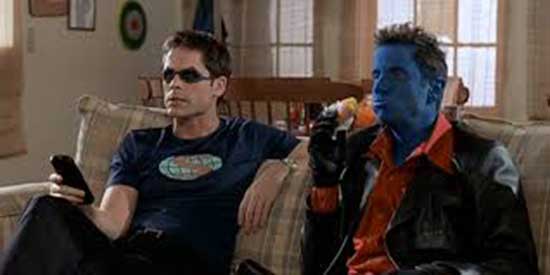 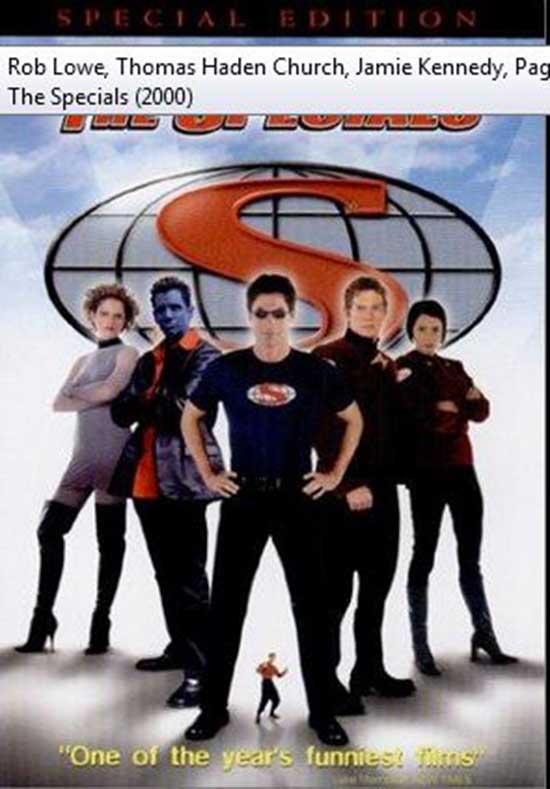 If you are looking for cool action scenes and superpowers to light the screen, then you are better sticking with the CW network and its collective of FX-driven franchises. If you want a grouping of comedic talents trying to just get thru the day without killing each other then you should be good with “The Specials”.

Comic relief comes in all forms here, but Mike Schwartz as U.S. Bill probably takes the award with the stupidest lines ever to hit script. 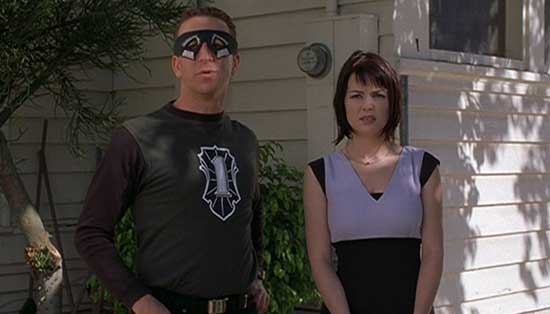 Half of the group comes across rude and jaded with the other half being more compassionately frustrated. It’s really a situational type of film that exploits the superhero trend while also making fun of it (much like a lesser version of “Spinal Tap”)

The film is now available on blu ray for the first time from the team of La-La Land Entertainment in this special 20th anniversary release. The release is loaded with extra in this special 2K restoration of the original film.

The film is simply dumb fun or has “fun being dumb”…..(however you want to spin it). Not every gag is funny, however the idea and execution is really what makes it a treat. If you missed this one back in 2000, then you’ve got the chance to give it whirl now 20+ years later. 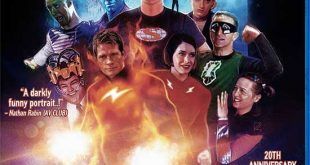 LOOK OUT! THE SPECIALS are coming to Blu-ray! First time on HD on Blu Ray!