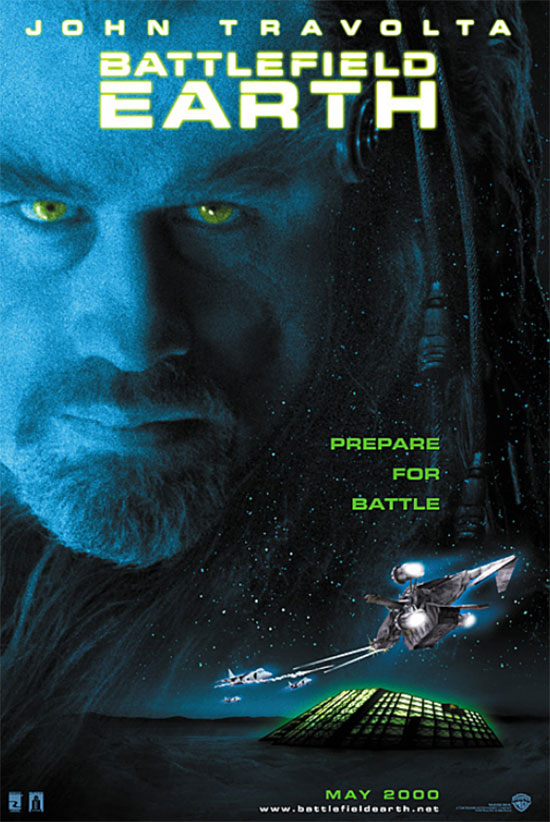 In the year 3000, humanity is no match for the Psychlos, a greedy, manipulative race on a quest for ultimate profit. Led by the seductive and powerful Terl, the Psychlos are stripping Earth of its resources, using the broken remnants of humanity as slaves. What is left of the human race has reverted to a primitive state, believing the invaders to be demons and technology to be evil. After humanity has all but given up any hope of freeing themselves from alien oppression, a young man named Tyler decides to leave his desolate home high in the Rocky Mountains to discover the truth, whereupon he is captured and enslaved. It is then that he decides to fight back, leading his fellow man in one final struggle for freedom.

After having watched Battlefield Earth, I’m pretty sure I’ve developed a disorder. My eye twitches uncontrollably now, and I think I now have an allergy to John Travolta movies. This is a shame because I’ve always enjoyed watching Face/Off, but now the thought of sitting through another Travolta performance gives me a cold sweat and hives. Is it possible that a movie can be so nonsensically bad that it actually causes physical ailments? 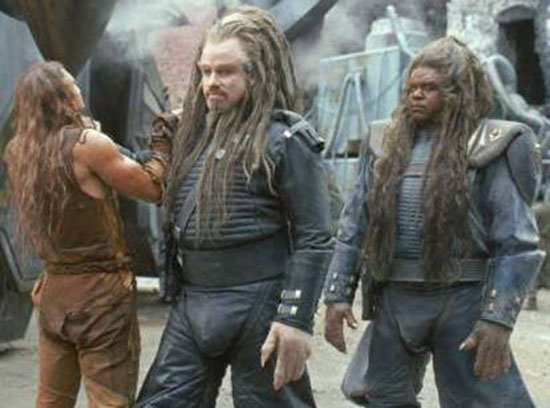 Battlefield Earth takes place around the year 3000 A.D. An alien race called the Psychlos conquered Earth centuries ago and enslaved most of the human race. Those that aren’t enslaved live like they’re stuck in the Stone Age, having forgotten most of the advancements they’re ancestors once made. The main character, Jonnie Goodboy Tyler, is captured by the Psychlos and forced into slavery. However, Jonnie is fairly bright and rebellious keeps trying to escape. He eventually becomes the leader of the human effort to overthrow their Psychlo overlords. 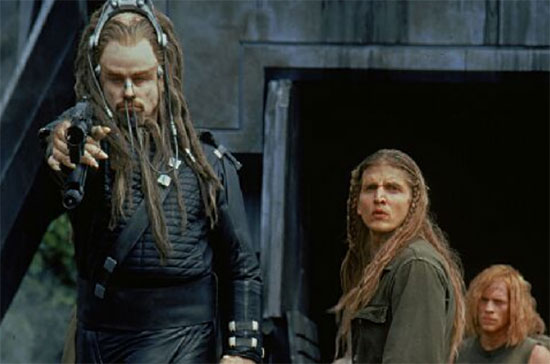 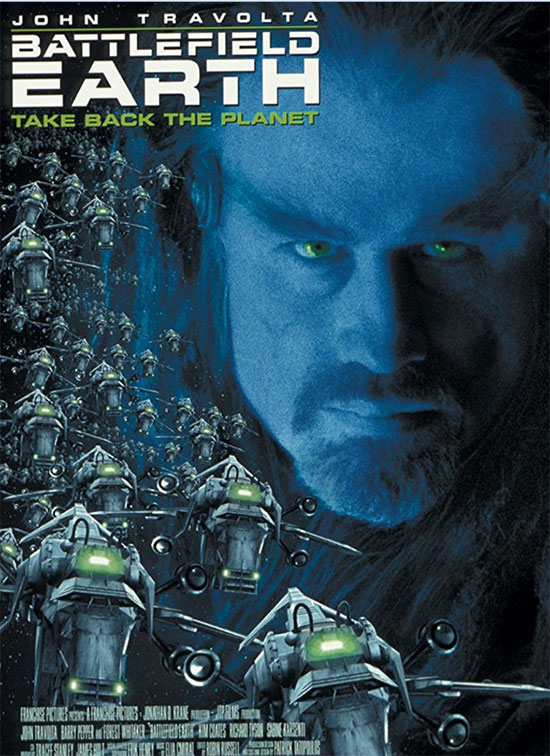 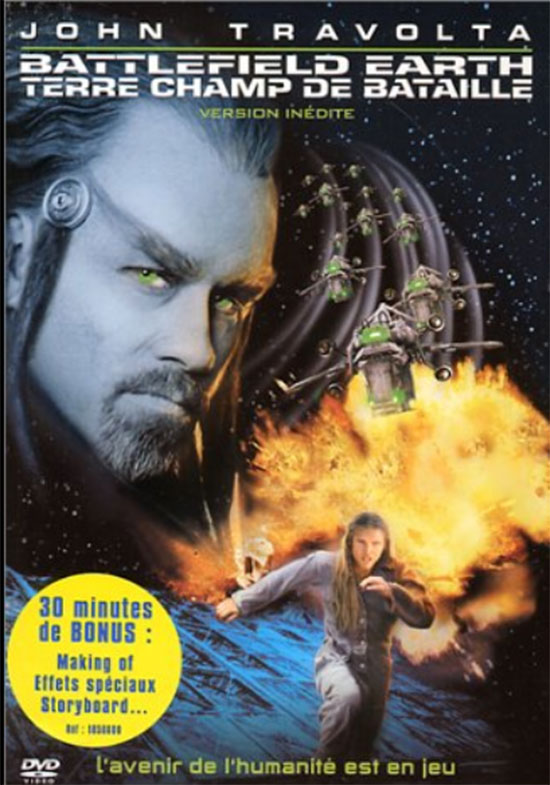 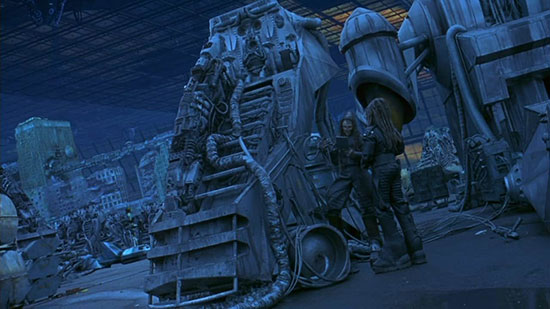 I wish this movie had the charm of turkeys like Troll 2 or The Roller Blade Seven. Instead it’s just a high budgeted mess where if you actually stopped to think about what’s going on, you realize how incredibly stupid everything and everyone in it is. John Travolta is the main villain as the character Terl, but he’s hard to take seriously when he shows moments of absolute stupidity. For instance, after all the time they’ve been enslaving humans they still don’t know what they like to eat, and one of his genius idea is to trick some humans into thinking they escaped so they can see what they end up eating. Then he chooses Jonnie, the one human who keeps trying to escape, to be put in machine that basically force feeds all kinds of knowledge directly into his brain in the hopes he’ll be able to teach others to mine gold for them. They don’t limit the information to just that, no. They give him all kinds of advanced knowledge. Tell me how it makes sense that the one guy that keeps showing a defiance to your rule is the right person to give all kinds of knowledge that can be used against the Psychlos. You can argue that it was out of arrogance on Terl’s part, but it doesn’t make it seem any less dumb for a guy who’s specialty is security. 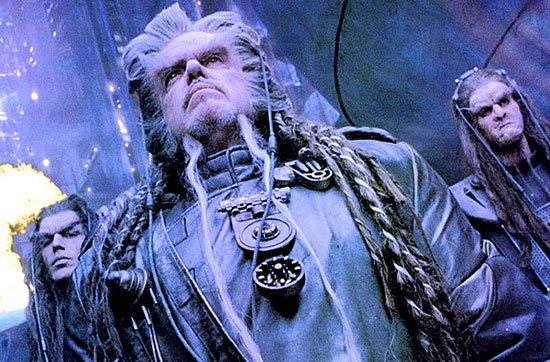 Another huge problem is the movie begins to dive right into the most preposterous scenarios. There’ll be some spoilers here, just to warn you. The humans end up using harrier jets and weaponry from the 20th century to fight the Psychlos. This is machinery that has lain dormant for nearly a 1,000 years, but we’re expected not to realize that it is completely impossible for any of the equipment to be functional no matter how well made it was. You’re also asked to believe that a bunch of humans who’ve been living like cavemen are able to master using that technology after spending a few hours using a simulators. They Psychlos defeated all of our armies, consisting of men and women with years of training, in under nine minutes but we’re supposed to but that rejects from Quest for Fire are able to actually be a threat to the aliens. I can’t even call these plot holes because the term isn’t powerful enough describe them. They’re more like huge black holes that sucks any kind of logic out of anything you’re watching. 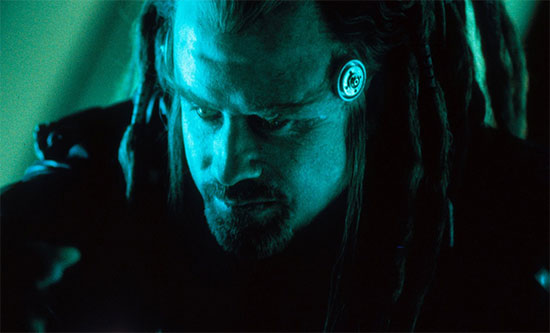 The acting was equally bad across the board. Barry Pepper was completely bland and forgettable as Jonnie. He had neither the presence or ability to make you believe he was the leader the humans needed to lead them to fight the Psychlos. John Travolta was over-acting to the point that it was both embarassing and hilarious to see. I’m not even sure what was going on with Forest Whitaker. I’m not even sure if he was actually trying. Either way, most of the leads should probably feel some shame in having to put this movie on their resume. 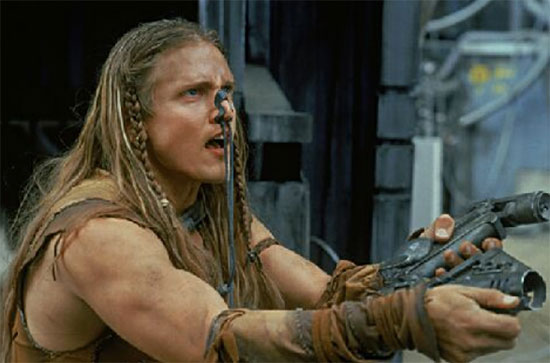 The visuals are drab and uninteresting. The sound sometimes descends into a cacophony less pleasant that tying symbols to a cat’s paws and then having it run across a giant keyboard while fireworks are going off. The director seemed to have no understanding the right way and time to use certain camera angles, or any kind of knowledge on how to actually direct. The special effects were unimpressive when one considers the budget involved. 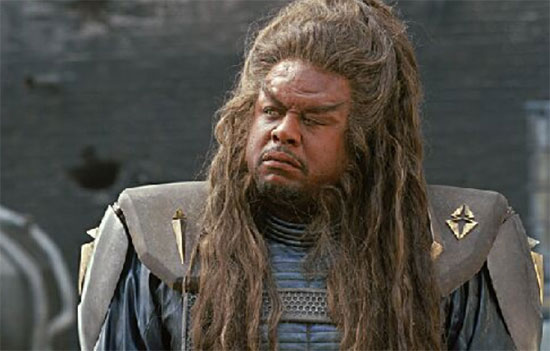 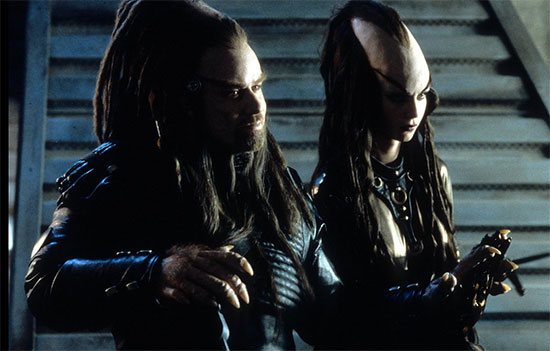 You might have already heard tales of how bad this movie is, and rest assured it’s probably much worse than you’ve been led to believe. This movie has garnered a well earned legend of how terrible it is, yet it’s intriguingly so. It’s amazing that a movie with this kind of talent and financing behind it can fail on so many levels. It’s the kind of film that you can’t help but wonder if what you’re seeing is real or just some strange hallucination. Only watch this if you’re a masochist curious to see if it really is as awful as most of say it is and have a high tolerance for stupidity.