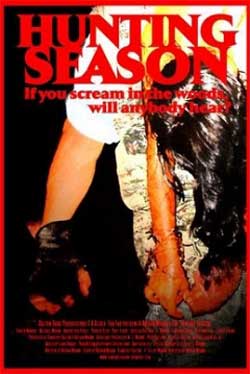 When two campers on a peaceful weekend excursion are suddenly confronted, harassed, and molested by a pack of heavily armed outdoorsman, a brutal series of events ensues. A struggle for survival and sanity drives the surviving victim into a bloody vendetta of rage. The hunters become the hunted in a malicious game of cat and mouse.

Hunting Season is one of those movies that you wish had a bigger budget, if for no other reason than to just see what they might have been able to accomplish. It’s a 2000 release by director Jeff Leroy (by the sound of some of his other titles, you can’t help but wonder if he might find a home on the SyFy channel – Creepies, Charlie’s Death Wish, Rat Scratch Fever, Grand Auto Theft: LA, and my favorite, the soon to be released Aliens vs. Titanic), and while there may not be any big names in the cast, it did bring with it the gimmick of “shot-in-3D.” If I had to compare it, I guess it’s a little bit I Spit on Your Grave, but with a twist ending and almost none of the cult classic status. 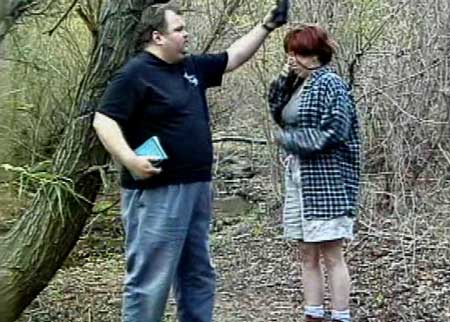 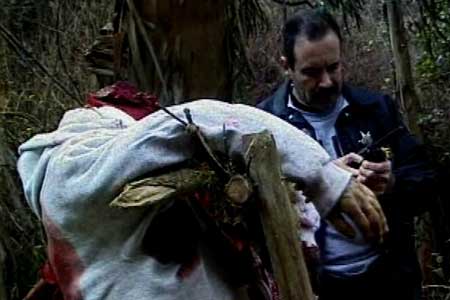 It actually opens with a Hemingway quote on the screen, then cuts to three hunters telling a story of what once happened in the woods – in other words, most of the movie is actually a flashback, but not told as such aside from the wraparound section. Jim (Michael Walker) and his girlfriend Sarah (Cindy Pena) decide to go camping, but it quickly goes bad when three masked hunters creep up on them, beat Jim unconscious, and rape Sarah. After trying to work with the police to find the attackers in the woods, Sarah gives up on the legal route and decides to take revenge on her own. And so we get a cat and mouse game (or maybe, cat and rabbit?) between Sarah and a group of hunters who seem familiar to her. 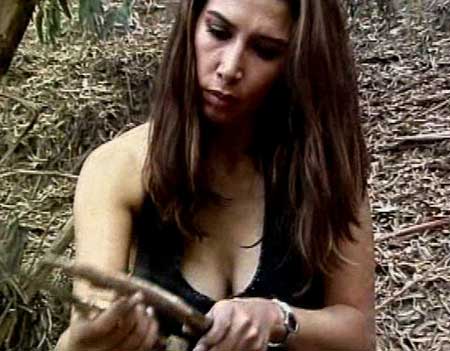 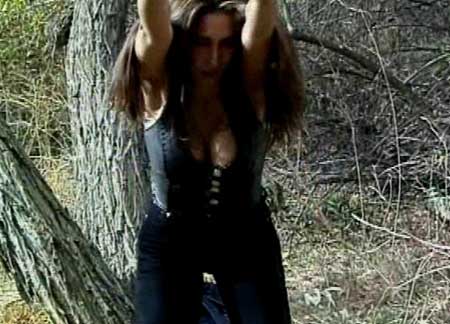 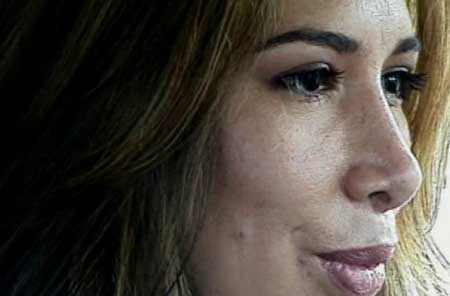 Where Hunting Season fails in technique, acting, effects, and cinematography, it succeeds whole-heartedly in that Plan 9 from Outer Space kind of way. It might not be a great movie, but it is fun, that is for sure. And to be fair, like I said at the beginning, this is definitely a movie whose shortcomings can be traced almost directly to the low budget, as the story, while at times a bit over-stated, isn’t really that bad. It’s just that its execution hit a lot of bumps along the way. And so, to writers Sybil Cummings, Ron Ford, Tim Sullivan (no, not the 2001 Maniacs & Chillerama Tim Sullivan, a different one), and writer/director Jeff Leroy, I send a sincere “thank you” to you all for giving it a shot.

The problem with the old 3D movies is that, without the 3D effects, they often come across as a bit silly. You can see clearly where they are purposely incorporating an action to have it jump off the screen at you, and it gets a little silly. These are in abundance in Hunting Season, that is for sure, from arrows flying through the forest to the cleavage of a stretching woman jutting right into your face. But there are plenty of other over the top aspects and inconsistencies here that provide literally tens of minutes of entertainment. From the camping grounds just yards away from a major highway, to the box of cyanide marked simply “Cyanide,” to the exaggerated dialogue, there’s enough here to keep you satisfied. 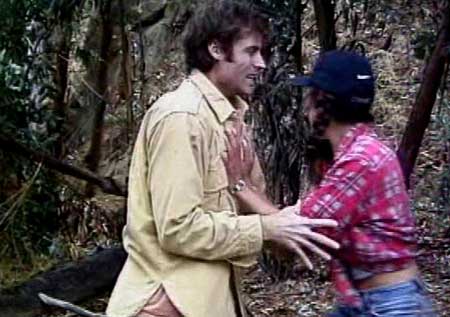 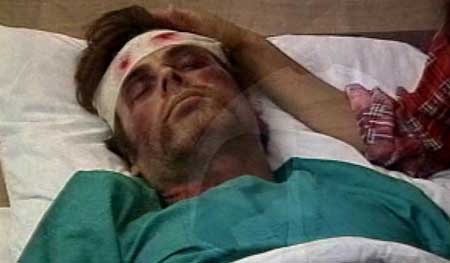 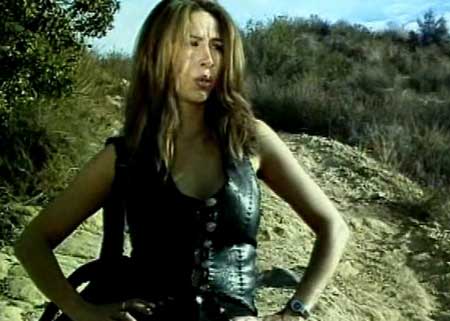 For what might be considered by some to be a rape revenge movie, I’ll give Hunting Season this: it’s not overly-gratuitous. Well, the actual assault isn’t, anyway. However, we do get plenty of cut-aways to Sarah’s naughty sex daydreams, usually in what would seem to be completely inopportune moments. And in case we didn’t already hate the dudes for their sexual assault, we get some over the top dialogue from the hunters about how “all women enjoy getting raped” and similar sentiments. But don’t think that I’m singling out that dialogue; no, it’s all pretty ridiculous, really. And that is part of the charm of the movie.

Hunting Season is not a great movie. It stumbles more often than it strides, doing its best with a handful of first-time actors and a shoestring budget. But it does its best, and that is the key here. The gore scenes aren’t amazing, but they’re pretty good, all things considered. There’s enough suspense to keep you interested throughout, then a payoff when we get to the end and what we think is a resolution gets twisted upside down. Sure, there’s some predictability here, but that’s only because we’ve already seen it all. If you find yourself with a Friday night free, a case of beer taking up space in your fridge, and a group of friends with nothing else to do, Hunting Season will do the trick.