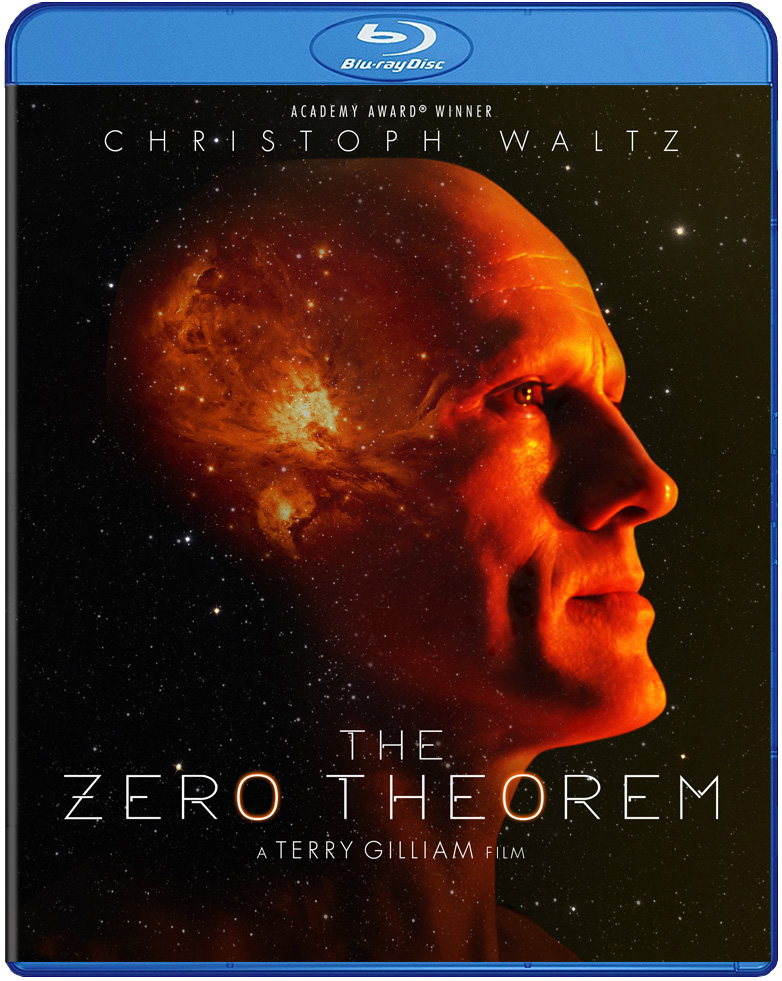 Set in a futuristic society Qohen, an entities programmer has been commissioned to decipher the meaning of life.

From the opening credits the audience bears witness to an infinite black hole, forever spiralling and engulfing every molecule of existence. A string quartet, orchestra type soundtrack enhances a most somber mood as the camera pans out to one Qohen. As naked as a jaybird he sits and crunches figures and is startled by a phone call. He’s disturbed the call isn’t what he’s expecting and the back drop is created for a most mystifying plot development with a science fiction flavor. 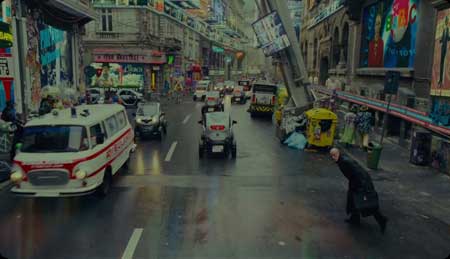 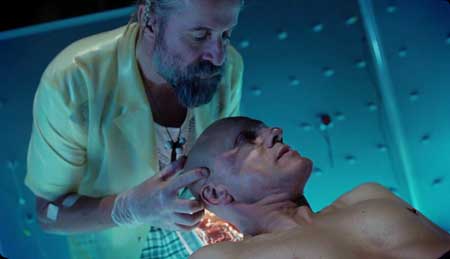 Those who may have a slight aversion to the Sci-Fi genre can rest easily as there is some esthetically pleasing interruption in the form of computer animation. A great deal of Qohen’s work is illustrated on the screen before him.

Director Terry Gilliam does a smashing job of illustrating a most busy back drop. Suffice to say one could view Zero Theorem a dozen times and see something different each sitting. With traces of Blade Runner, Total Recall and Star Wars, geeks and nerds internationally will rejoice at the degree of imagination invested into this production. 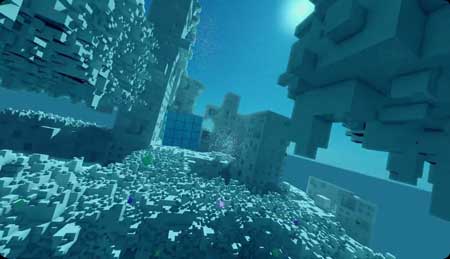 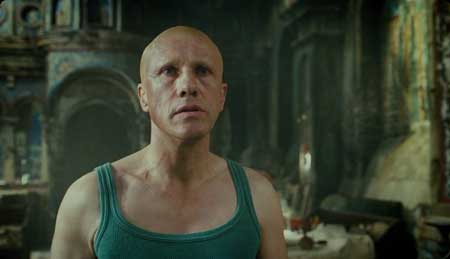 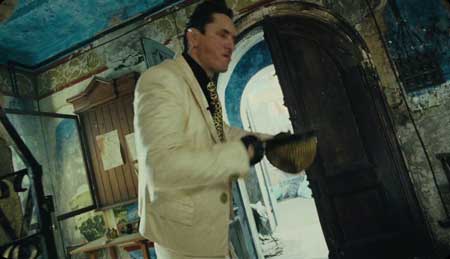 While it is evident the plot takes places in the future there are primitive components that are a reminder that some things about society that will never change. The over-abundance of rats, for one, pizza delivery places, style in clothing, etc. are cultural keepsakes.

There is something most eccentric if not enigmatic about the character Qohen. He strives to receive a phone call that was disconnected decades ago and seems to be his one reason for living in the possibility of getting a return call that will explain the meaning of life. Needless to state his psychological imbalance is dually noted at work from his superiors as he’s referred to an online psychiatrist in the form of Dr, Shrink Rom played by Tilda Swinton. While their sessions are humorous in nature we get some background or exposition into the character of Qohen. It doesn’t take long for the audience to get behind his plight and we thrive to see him succeed.

A dry subtle humour is utilized throughout that will likely come to no surprise. Fans of director Terry Gilliam’s previous works will be familiar with Fear and Loathing in Las Vegas or the Monty Python smash Life of Brian. Python alumni David Thewlis plays a most memorable Toby, Qohen’s supervisor that perpetually calls him Quinn. Just another example of side splitting wit is Qohen’s nervous habit of referring to himself as ‘we’. 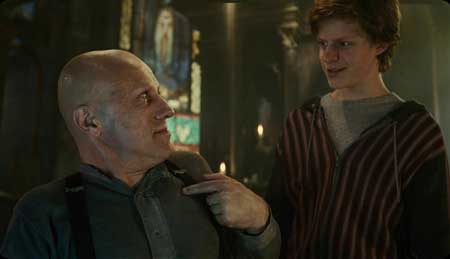 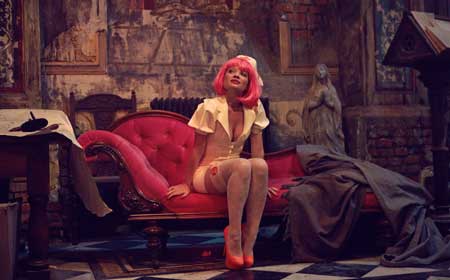 Undeniably there is a couple of insertions of subtext that manage to embed within the psyche. First being the issue of self-perceived prophesy. The lead character has a fixation that everyone and everything is out to get him, so much so that he denies himself virtually of any kind of pleasure.

Zero Theorem, stripped of all its futuristic and science fiction elements is also, essentially a love story. Techies around the world will salivate over the performance given from Melanie Thierry in the role of Bainsley. As Qohen’s equally if not more so eccentric love interest, she manages to dial up the mercury in some most heated scenes we won’t soon forget. She’s tremendously pleasing unto the eye and plays Bainsley in such fashion we clearly cannot predict the fate in store for her. 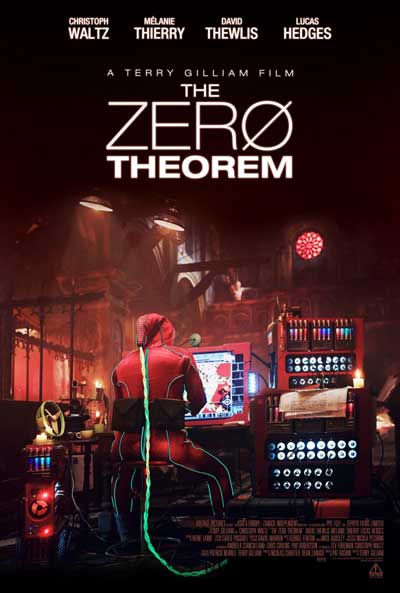 Matt Damon also has a cameo in the role of Management. He rounds off this blockbuster cast in his epic portrayal of lust, greed and corporate evil. His final dialogue in the climax with Qohen is monumental. Is All for Nothing? Will it begin as it ends? One must engage in the realm known as Zero Theorem to find out.

Within the soundtrack a most memorable version of Radio Head’s Creep is covered to a swing style tempo that will unnerve even the most cynical of cinema hipsters. There is truly something for everyone in Zero Theorem.