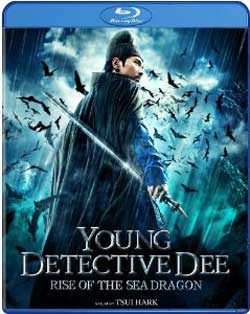 From legendary action director Tsui Hark and the creators of international smash hit Detective Dee – Mystery Of The Phantom Flame comes the captivating tale of Dee Renjie’s beginnings in the Imperial police force. His very first case, investigating reports of a sea monster terrorizing the town, reveals a sinister conspiracy of treachery and betrayal, leading to the highest reaches of the Imperial family.

Now released under Well go USA, this Chinese film was originally presented as “Di renjie: Shen du long wang”, thus re-titled for American distribution. I was shocked that the film hadn’t received more box office return coming in at $81,983, though I suppose (assume) it had only hit a handful of screens. In the tradition of great visually rich and martial arts savvy releases, “Young Detective Dee: Rise of the Sea Dragon” is one film worthy of making the ranks. For viewers you can expect alot of wire work, great CGI, model work, costume work and set designs. 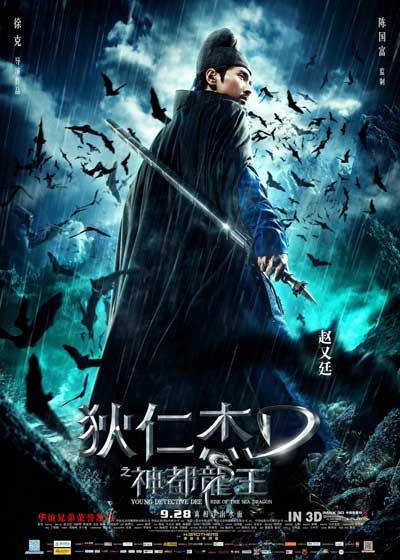 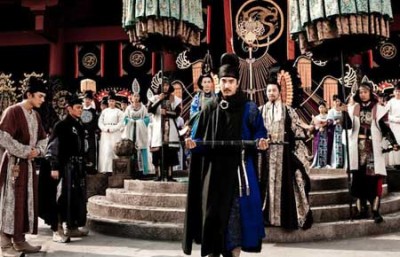 The martial arts here are busy, but almost in a class by themselves with the way that the camera, editing work, and wire-work mix together. In short, I found it a fantastic film much like the recently reviewed “The Sorcerer and the White Snake (2011)” with a whopping helping of eye candy to keep viewers entertained. The film has got a bit of Sherlock Holmes style detective work complete with 3D monsters and period stylings all wrapped up in a quirky and sometimes humorous package.

In plotlines and story, it does get quite involved but never too much that it drags viewers down. The film begins out at sea as 2 opposing forces are in mid transit to do battle. One of which has an army of ships set in preparation. (Sorry, I didn’t jot down the names of the 2 opposing clans) for combat. While set for battle, the armana of ships is attacked by a series of tidal waves believed to be the workings of a gigantic seas dragon. The sea dragon however is not revealed in the first act and instead is kept to just busy ocean wave attacks. 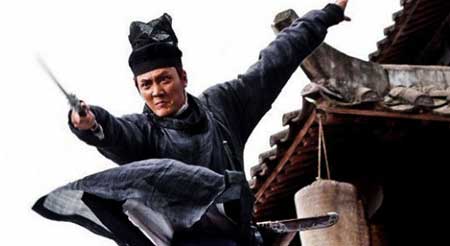 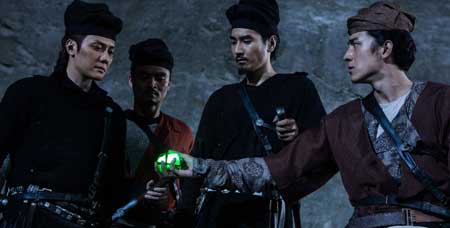 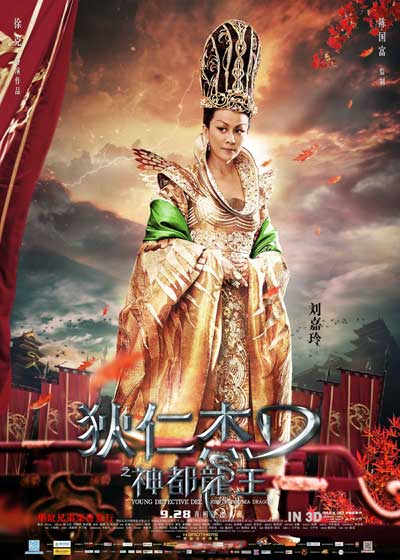 Dee Renjie (Mark Chao) arrives at the Imperial Capital intent on using his savvy sense of sleuth work to become one of the regions law officers. Under the summons of Empress Wu (Carina Lau), Detective Yuchi (Feng Shaofeng) has been tasked to investigate the dragon incident and deliver answers at the threat of his life. Yuchi running the local law and at first doesn’t take well to snoopy Detective Dee (who is then locked up at Yuchi’s request). Yin (Angelababy) is introduced as a “courtesan” to be sacrificed in order to appease the gods

When Dee escapes he seeks out the help of Shatuo (Lin Gengxin) to help determine what has caused ailment to the Emperor. In between interactions of fast moves and even a bizarre “creature from the black lagoon” looking creature they discover that parasites were involved in many of the recent issues the region has been facing. The Emperor and various upper society citizens have been ailed by a poisonous tea that has been frequently served at Yuan’s tea house. 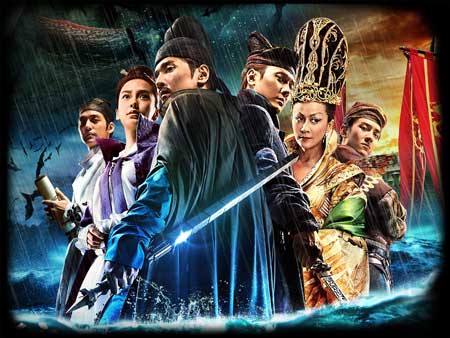 The discovery buys Yuchi more time and also impresses the Empress Wu enough to grant Dee full ability to command the palace guards. The 2 of them dig further into suspicion that an island called “Bat Island” is providing cover for the sea dragon used as leverage against local conflicts. The film continues on this note with plenty of tasty “Godzilla-style” confrontations at sea and between various characters in the film. The visuals here are stunning and should be reason alone to check out this film. 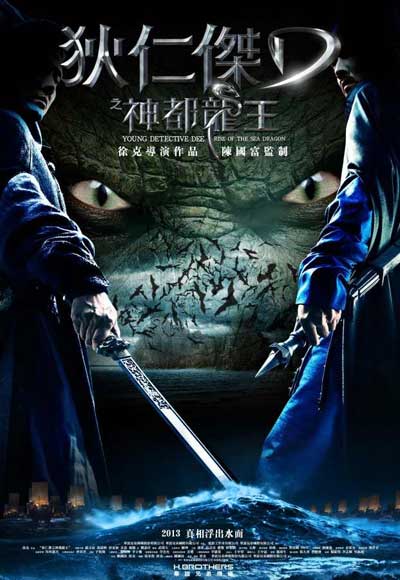 In research, I discovered that the film is a prequel to a 2010 released at the time titled “Detective Dee and the Mystery of the Phantom Flame” both film were directed by visionary Tsui Hark. The film is long with 133 minutes behind it that could have faired better with some trimming, however despite the long epic it still never seems to let its viewers down with plenty of coolness and stunt work.

Young Detective Dee: Rise of the Sea Dragon is now available from Well Go USA who I highly recommend checking out for not only this film, but the fantastic collective of titles they put out.