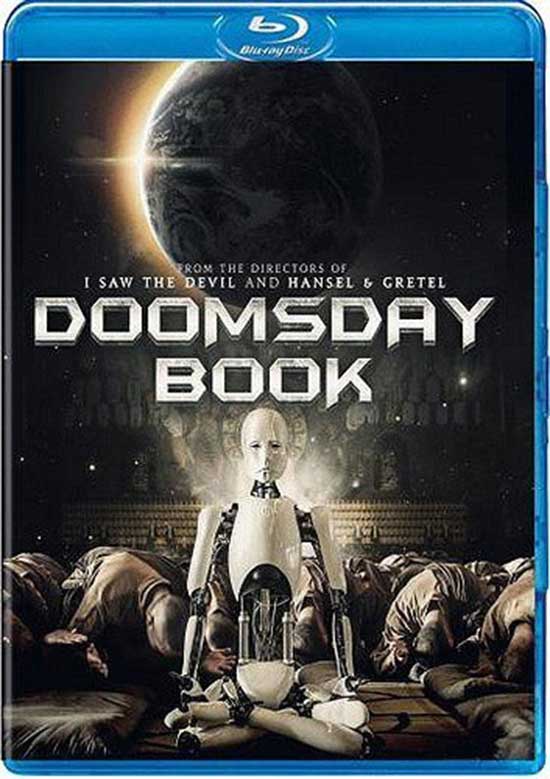 “Doomsday Book“, well from the cover you might be thinking “I Robot” and from the name of the film perhaps, science-fiction Armageddon? Certainly not “I Robot”, but it does have its place within both horror / science fiction style releases.

First mention goes out to Well Go USA who have done a smashing job at bringing these cool Asian horror releases to blu-ray / DVD. They really have been championing the release of awsome movies. 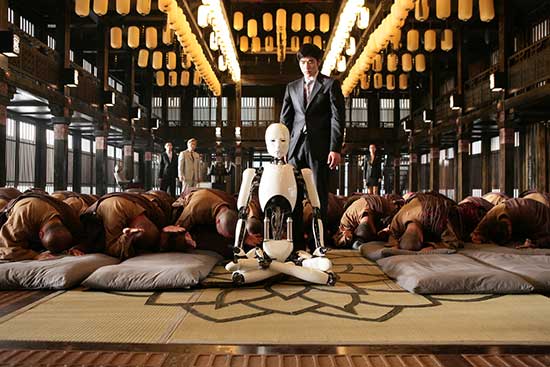 “Doomsday Book” is a anthology style movie directed by Kim Ji-woon and Yim Pil-sung. Its foundation is rooted in 3 separate stories that detail different aspects of potential human-driven self destruction in the new age. Each provides a varied level of entertainment that relishes in symbolism and perspectives of our potential future.

The first which is titled “Brave New World” centers on Yoon Seok-woo (Ryu Seung-beom) who is left to watch his parents house while they are away on vacation. The parents leave Yoon Seok-woo with a few chores that he must maintain. One of the involves the disposing of rubbish and recycled goods. As Yoon Seok-woo disposes of rotten left overs, he comes across a rotten apple that ends up being the ground zero piece that sends out a chain reaction. 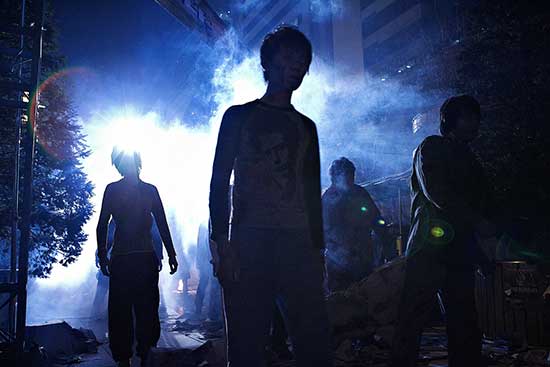 This piece of discarded fruit gets mixed into the food chain thru a whole multiple-segment process that shows it going from trash to process and back into the cow that delivers their next meal. Its a pretty cool segment that really is the highlight of the piece. Yoon Seok-woo meets a young girl by the name of Kim Yoo-min (Go Joon-hee) who ends up eating this now toxic-pandemic-starting meat. A pandemic does indeed break out that turns the whole town into bio zombies of sort. As this occurs, the media runs a frenzy claiming everything from Bio-weapons to man-cow disease. This highly contagious virus spreads fast causing a chain reaction of violence. It is suggested that this “coming of age” event is in fact related to a passage within the bible.

The 2nd piece which is titled “Heavenly Creature” is the heartwarming piece of the movie. A robot technician is sent out to a local Buddhism temple to evaluate a robot for detective parts. Park Do-won (Kim Kang-woo) is a young robot technician repair specialist who has been called in to look at the RU4 model robot named “In -Myung”. The robot is used to take care of duties but has also “professed” enlightenment thru Buddhism. 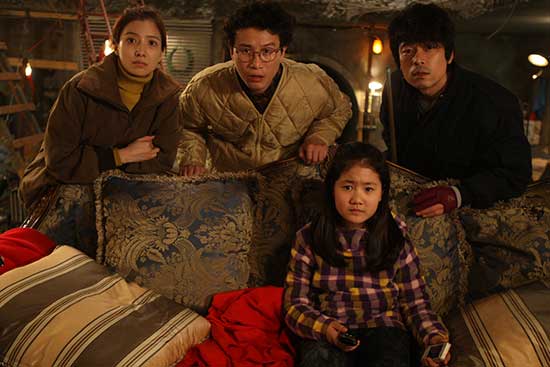 This revelation becomes in question and for that matter a threat to the human domains of man. The robots are designed to simply obey, so when it is tagged as claiming religion it also raises some question with the manufacturing company. “In -Myung” is marked as defective and to be exterminated per the corporate guidelines. A inquisition is enacted with the president of the company UR perceiving this function as a threat. The robot simply proclaims its path to “awakening” which blossoms into a rather philosophical kind of dialog roll out. The piece examines the potential for robots to assist AND take on a seeming understanding of consciousness. It’s a highlight piece that caters to the issues of humanity. 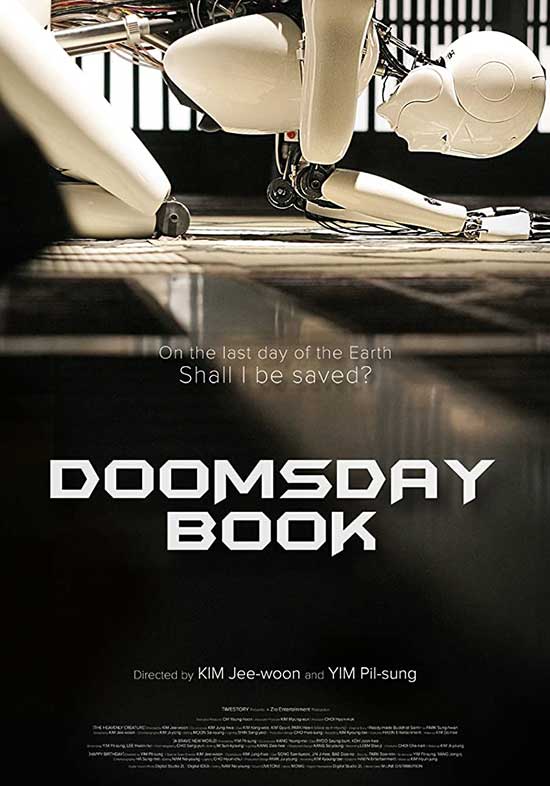 The final piece is titled “Happy Birthday” which takes on the perspective of a family of preppers who have just entered their storage cellar to prepare for years of living underground. A family of 3 and the husband’s brother have created a perfect bomb shelter filled with supplies, water, food, a form of electricity, and the simple comforts of an underground home.

A meteor has been announced as being hours away from hitting Earth which will cause massive cataclysm. The daughter recognizes her signature symbol on the object approaching Earth which she suspects to be an order she placed on a mystery alien web site page. This object turns out to be a gigantic 8 ball which is due to crash into their city wiping out everything in its path.

“Happy Birthday” is a cool piece that offers a bizarre take on the whole meteor-hitting scenario. If anything, its also a quick lesson in preparation for the rest of us. A great end piece that rounds out this terrific film project. 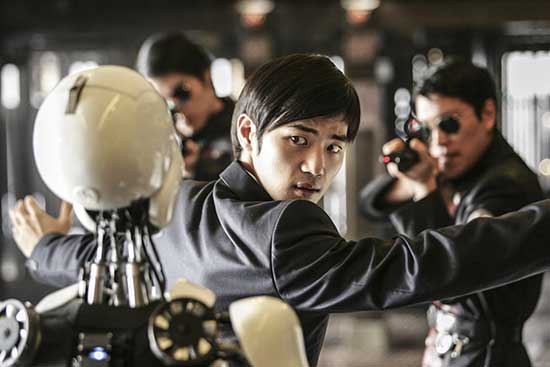 “Doomsday Book” is a well rounded film creating an engaging experience for viewers. While some anthologies released tend to disappoint, this isn’t one of them. Science fiction fans will love the theme-centric content here.