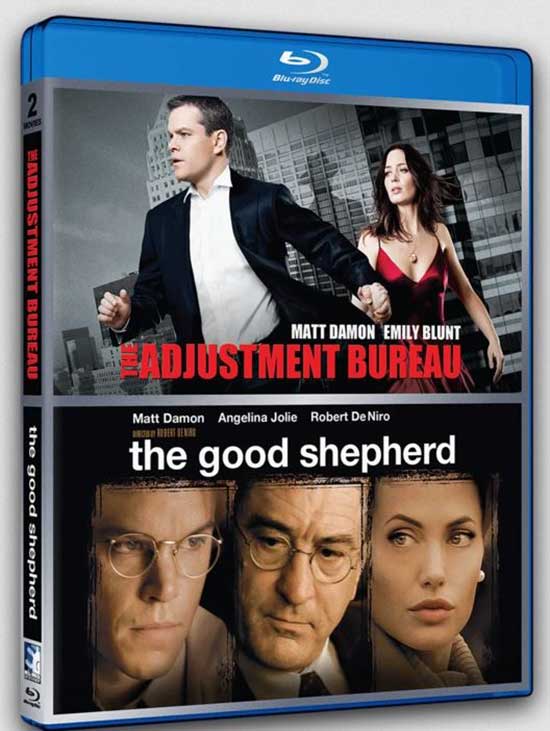 The affair between a politician and a ballerina is affected by mysterious forces keeping the lovers apart.

Inspired by the short story “Adjustment Team” by Philip K. Dick which was first published in Orbit Science Fiction, Sept-Oct 1954, “The Adjustment Bureau” is a definite story of freewill, inspiration and that notion that there is some kind of secret society hanging in the wings. Though the idea arrives in an almost innovative fashion, one could easily point to other inspirations such as an early 80’s Twilight zone, the recent film “The Box” or more recently the ongoing inner subplot of the TV series “Fringe” that has a team of bald men who call themselves the “observers”. These men make adjustments to history to meet certain objectives. With all this to reference, the idea can still be a hit or miss if not delivered into the right context. This context is what makes “The Adjustment Bureau” a slam dunk that outweighs its influences. 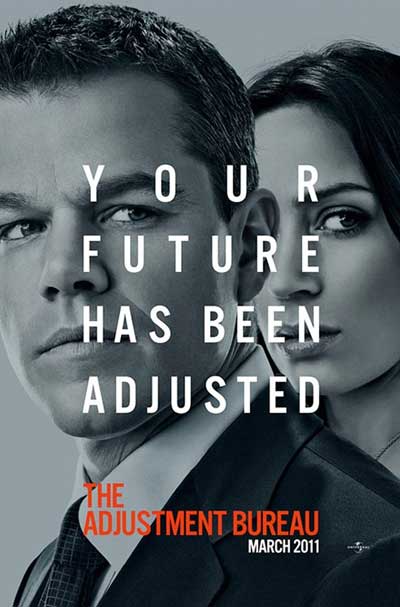 Yes, we have all that to reference, but in summary “the Adjustment Bureau” may easily stand out as one of the best new films this year (excluding the virally inspired Black Swan). Matt Damon appears as the young inspiring politician known as David Norris who right from the get go is on campaign trails, inspired speech-giving and a knack for winning over the public. The first 5 minutes threw me off as it presents in an almost trailer-like fashion. I had forgotten for a second that the movie had started and was watching as if the footage was a film that was yet to come. 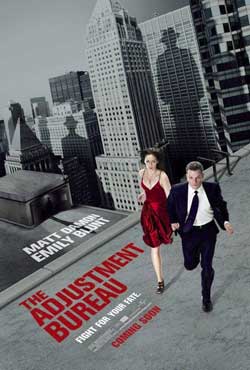 Though it breaks right away into a story about a young man who is a obvious up and comer in the political arena. Now before we get too far into the plot, know that “The Adjustment Bureau” is several things. It’s science fiction, it’s drama, its action and its above all a love story. The love story is cleverly woven into a secret agenda that rebels against a team who call themselves “The Adjustment bureau”. Though for clarification you can associate them to a general story of supreme beings who call the shots in historical adjustments. Their trademark hats and suits are always accompanied with a notebook which schematics out a historical play on events. This works in conjunction to there ability to open doors into distant locations. The focus of the movie’s events are the future and expectations of one David Norris. 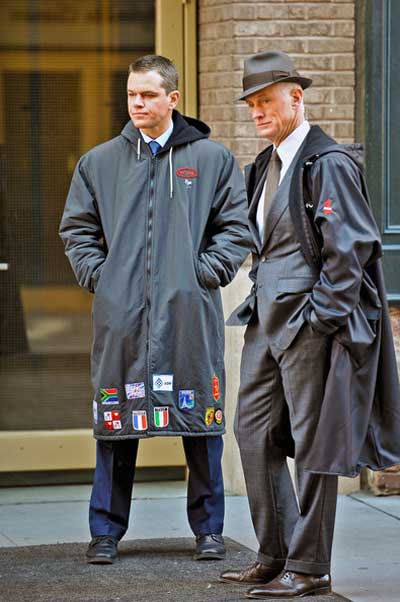 As they try and rectify certain paths, a loop hole is opened under the love interest of Emily Blunt who plays the role of Elise Sellas, a fantastic up and coming dancer who meets David in a destiny moment. While the meet was perceived as chance, it also has opened up a path that was not intended in David’s future. This path revolves around David never meeting her again. Though as it is proven moment after moment, free will has a way of working its way into fate. David falls for Elise which leads to a complex cat and mouse chase as the adjustment bureau make every attempt to rectify the outcome of their meeting. While films such as these suddenly will try and dazzle you with elaborate special effects, it is really the story that stands strong bringing a message of hope inspiration and opening up thoughts about our own fates and chance encounters. 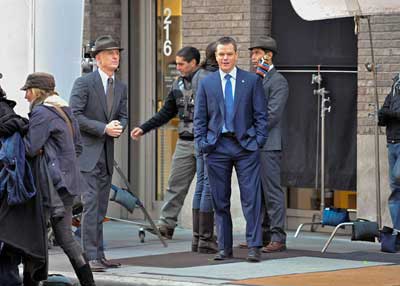 The Bureau themselves adds a really unique spin on this idea as a behind the scenes committee who could be easily associated with aliens, angels or any sort of higher being that oversees all that was and is. Matt Damon and Emily Blunt electrify the screen in a  drama that connects the characters in a way that transcends the film and brings that sense of connective ness that we often loose in many new films these days. In all it was a fantastic experience that will thrill and connect to audiences of different genres. While note quite “The Notebook” it still delivers the closest thing to it in a science fiction setting.

Matt Damon receives high points for delivering on his character role that seems almost written to his own personality. Emily Blunt provides the magic that makes it all believable and asks the audience “do you believe in fate”? I cant imagine much disappointment from this one even if you are not a fan of love stories. Do yourself a favor and give this one a chance. I personally loved it!