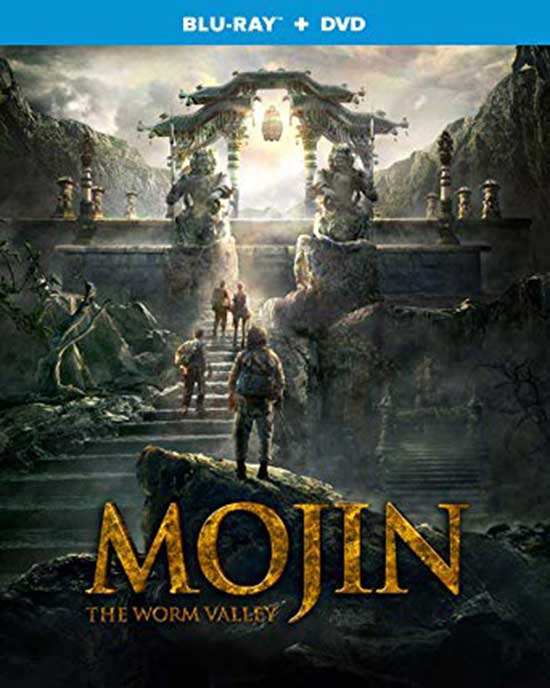 Following in the footsteps of blockbuster MOJIN: THE LOST LEGEND and based on the bestselling novel series, MOJIN: THE WORM VALLEY once again finds legendary tomb explorer Hu Bayi on a dangerous mission as he seeks out the Tomb of Emperor Xian, located on an island of monstrous creatures in this mystical action-adventure.

Mojin: The Worm Valley is a 2018 feature film directed by Xing Fei. The movie arrives on the heels of its previous release titled: “Mojin: The Lost Legend” which was released in 2015. Like before, it is based off of the best selling novel series and character, Hu Bayi, a tomb explorer who is the focal character of these films. In addition, the movie/s take the direction of epic fantasy adventures offering a inventive and thrilling visual experience much like the US “Raiders of Lost Ark” franchise.

Having not yet seen the previous release, this would be my introduction to the Mojin franchise. 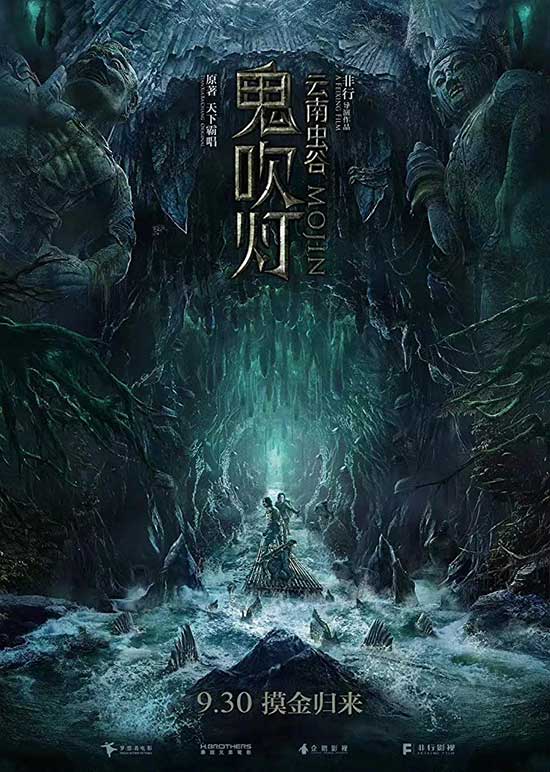 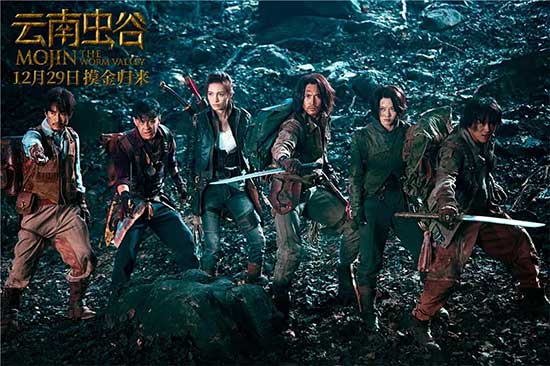 Right out of the gate we are given a historical overview of the film’s intention. In the case of worm Valley we are told about a cruel and evil princess from 1000 years past named Jingjue. Extremely defensive and insecure, she placed an ongoing curse upon all who opposed her. This curse was identified by a unique scar-like symbol located on the victims shoulder which was told to not only cause terrible deaths but also affect the recipients generations for decades to come.

However, like any good story there is always a way out, which in the case of this particular curse was revealed to be the joining of 2 artifacts, The Dragon Bone Celestial Tome and the Mu Chen Orb. The joining of the 2 would reverse the curse saving those who were inflicted in the future. As the film opens, a professor is busy study the marks on the Tome which gives cryptic instructions as to the whereabouts of the orb. 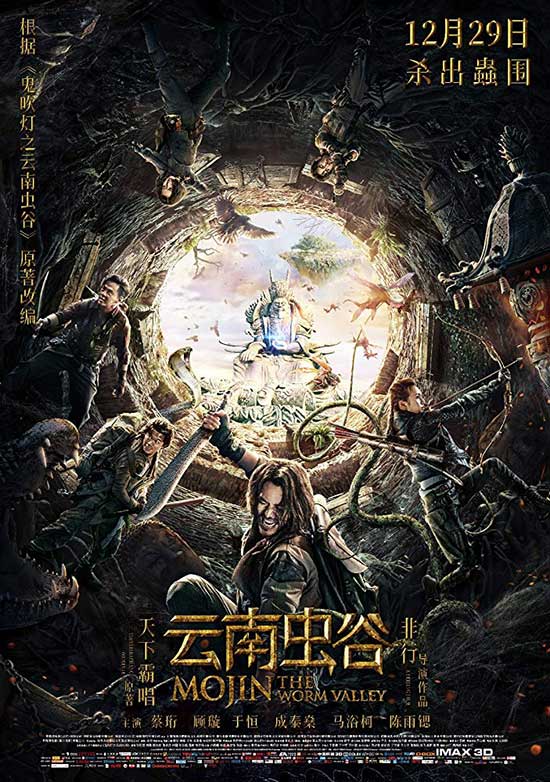 This setup provides the necessary fuel for our films protagonists to not only begin a journey but to do so to save the lives of the sons of friend, Mr. Zhou. 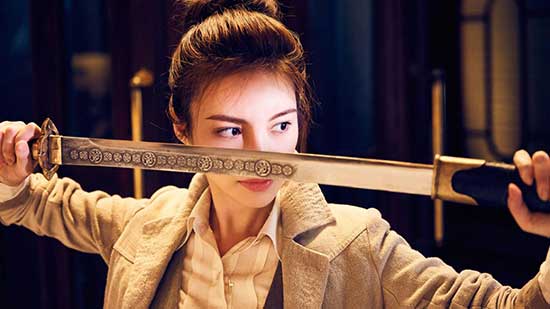 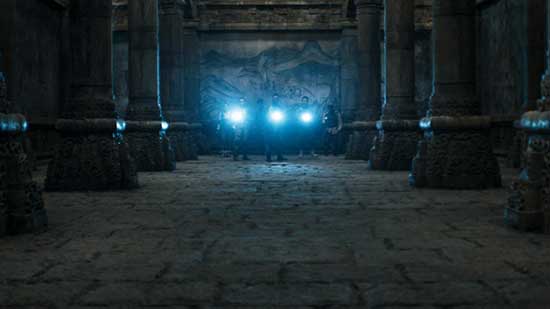 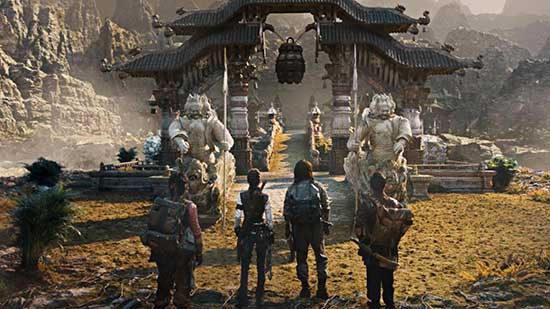 The main characters here are Hu Bayi, Wang Fatzi and Shirley Yang who are part of a 6 person team that embark on the treacherous and fantastical journey. As an early sub story is presented we meet blind Chen, a n elderly man who had lost his eye site due to a previous attempt to locate the orb. Shirley and Bayi are told about his past attempt where he journeyed to the tomb pf Emperor Xian in Yunnan. While he offers no real advice or helpful knowledge, the 2 push forward assembling a small team to embark on the journey ahead with intentions to put an end to the famed “Ghost Eye curse”. 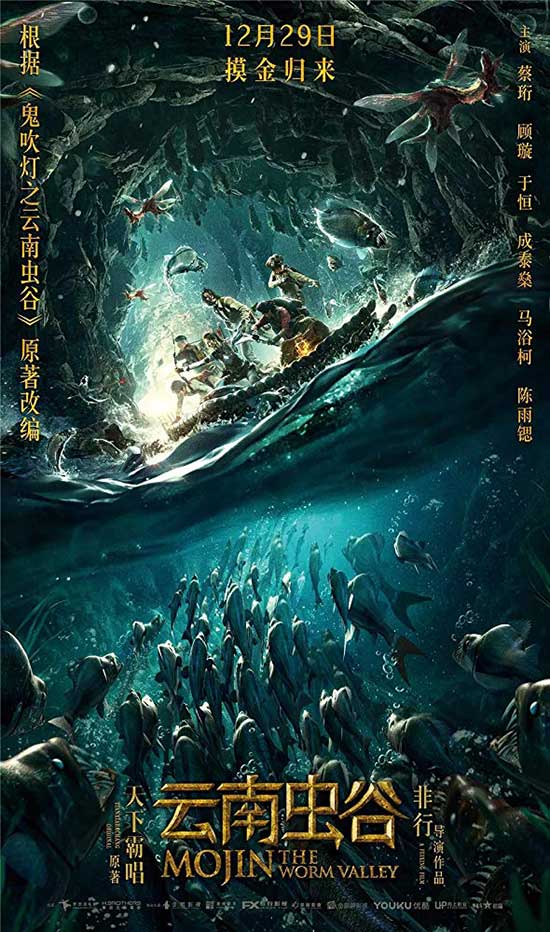 Mojin: The Worm Valley is simply a really fun film that employs a smattering of special effects to help sell its visual preset nation. I was heavily reminded of the film “Jason and the Argonauts” as they traverse down a stream encountering weird and unique living creatures. You’ll encounter strange creatures like viperfish, flame flies, Giant lizards, a deathless crab (I think that’s what they called it?) and of course the feature title creature, a giant snake (among other things). The film was designed to keep the thrills going, offering a slight romance in the process but never really letting that take much away from the key intention of a visual parade. Mojin: The Worm Valley falls squarely into the category of Asian fantasy films such as: Detective Dee, The Sorcerer and the White Snake, Stephen Chow films. 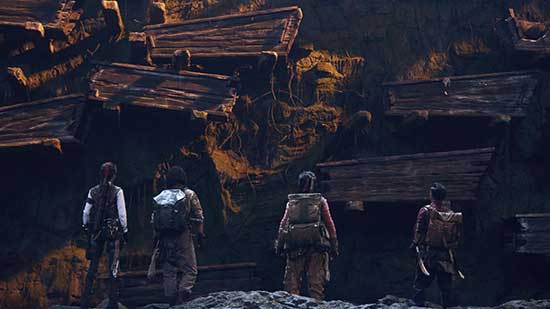 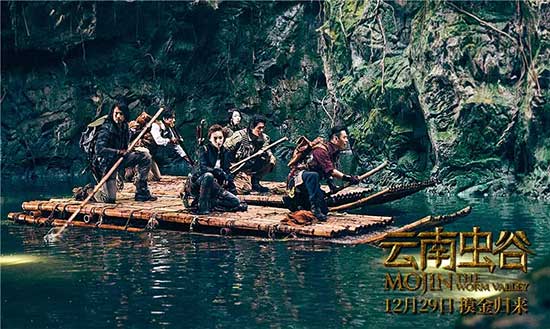 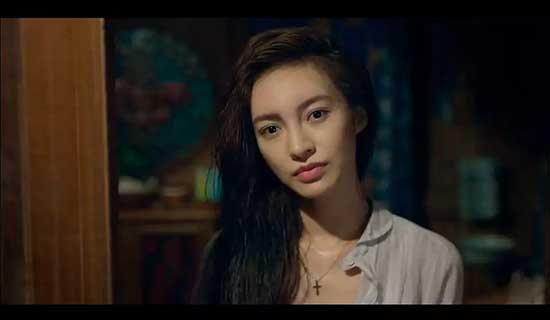 While much cgi was apparent, it all works well with the natural settings. Worth mention is the use of vibrant colors that give some of the scenery a surreal and inviting quality adding to the mystical nature of this piece. Like all adventure films of this kind, there is a conflict, a purpose, a quest, a comradeship and a legend. The characters work well together while also proving some pretty cool action scenes and stunt work as they traverse the fantastical elements of this movie. Intended primarily as a monster-style flick, Mojin: The Worm Valley hits all the marks. Scary? no, but definitely cool and a great entry into Asian fantasy epics.