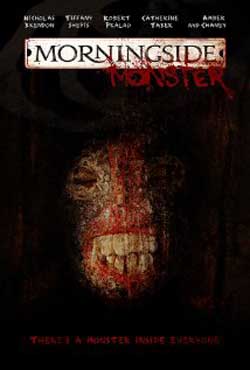 When a body is found in the woods outside the quiet town of Morningside, NJ, Sheriff Tom Haulk and Deputy Klara Austin embark on a desperate race against time to catch the killer, pitting them against friends, enemies and even each other.

The title alone makes me happy. it sounds like a film that should really stink on ice, which is the kind of film I love.

Our story takes place in a small suburb in New Jersey (because…New Jersey). This is a seriously little town:everybody knows everybody, the sheriff’s office only has about four people on staff, and even the drug dealers are on a first name basis with the cops (and not in the way one would expect). Apparently everyone grew up together and never left this idyllic little town.

Sheriff Haulk (Robert Pralgo) and his too-hot-for-you deputy Klara (Tiffany Shepis) are going about their normal small town policing when a body is discovered in the woods. It’s a local pot pusher (played by writer Jayson Palmer in a brief cameo). Apparently he’s no big loss, as the cops are laughing over his body. 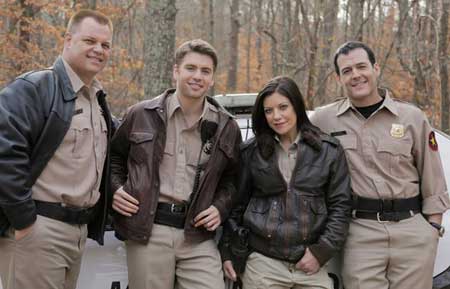 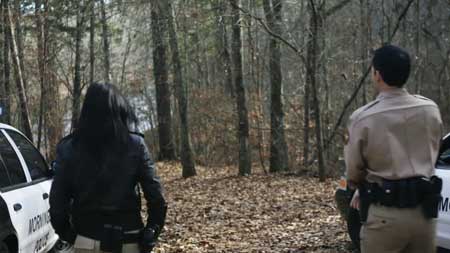 However, they find a weird symbol at his home. Klara thinks it could be a gang symbol, so photos are sent off to the FBI for further investigation.

The symbol starts showing up all over the place – spray painted on another drug dealer’s car, in stick form in someone’s truck cab, etc. and each time it does, a body is sure to follow.

We see the killer early on. Well, sort of. It’s a black cloaked, strange mask wearing individual with a pretty nifty warehouse space for carving the bodies up. In fact, the opening sequence shows our masked vigilante preparing to carve a few slices off the afore-mentioned first victim. We don’t know much about why the killer is doing what he/she does, which is only one of the mysteries to solve as the film goes on. The other, of course, is just who the heck is the killer? 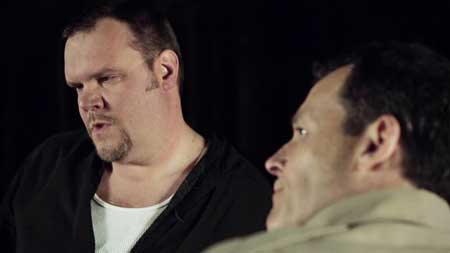 There is a small cast of characters in the town, and not all of them the usual paradigm. We have the local history teacher, who also hosts the monthly “just say no to drugs” presentation. The teacher’s wife, who appears to be in the final stages of cancer. A brother and sister team of low-level pot peddlers who are too busy smoking the product to actually sell anything. The sheriff’s son, new to the local police force. And of course, the local big dumb asshole and his two sychophant co-horts.

So the stage is set and the murders begin. It is up to the sheriff and his deputy to try and solve the crime spree before the whole town gets slaughtered.

That’s about all I can say about the story itself. It’s a slasher who-dunnit, so you have to watch to try and solve the case along with the characters. It gets a bit confusing, and to be honest by the end I was still a little confused. The story isn’t very complicated, mind you. In fact, it’s a bit Scooby Doo without the meddling kids and their dog. it felt like a few things weren’t wrapped up by the conclusion, although it is possible I may have just missed something. 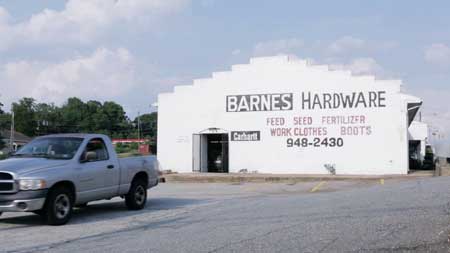 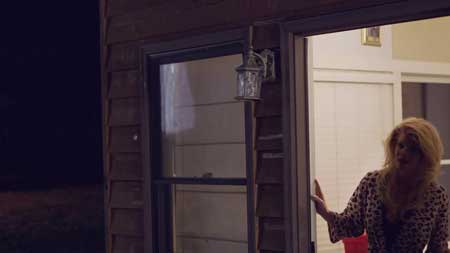 On the whole, I did like it. The cast really makes the film work. The always stunning Tiffany Shepis delivers a good performance, as she always does. If you are not familiar with her work, she has been in tons of films and has legitimately. earned the title “Scream Queen”. She was most recently in another film I adore, Sharknado 2, and her new film Model Hunger should be coming out next year.

Robert Pralgo is another very experienced actor that just gives us a really awesome performance. He also has quite an extensive catalog, including The Witches of East End, Teen Wolf the series, and The Vampire Diaries.

Nicholas Brendon plays history teacher Mark Matthews. He’s appeared in the series Criminal Minds, and of course we all know him as Xandar from Buffy the Vampire Slayer. His wife is played by Amber Chaney, who you might recognize from the Hunger Games and The Walking Dead. 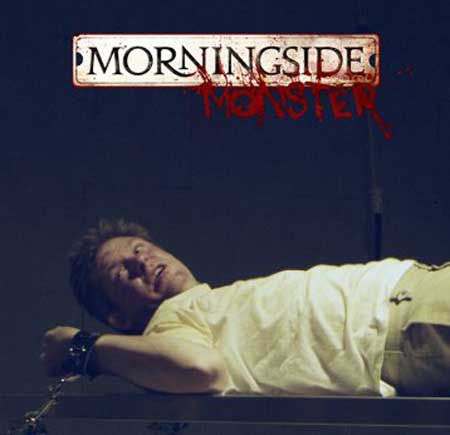 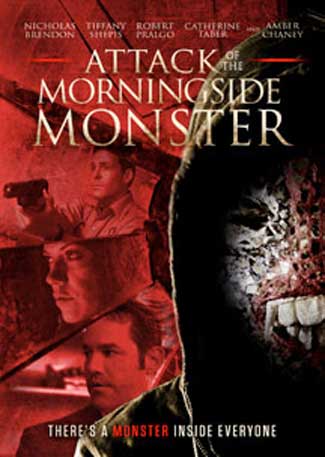 Interestingly enough, it turns out the make up/hair/costume team all worked on the hunger games film series at one time or another as well. And I have to say, the special make up team that created the cancer look for Amber Chaney really did an amazing job. Just right on the money, to the point that I wondered if perhaps the actress was truly ill. Between Ms. Chaney’s acting and the make up, it really is amazingly believable.

Overall, not a great film. it is relatively low budget. Some of the gore effects are not fabulous, and the gore is minimal in this film. I would have expected a lot more in a film about a serial slasher. Still, it was a fun watch and, as I said, the cast really makes up for what the film lacks.

On a scale of one to ten, ten being awesome, I gonna give this film 5 masked vigilantes.