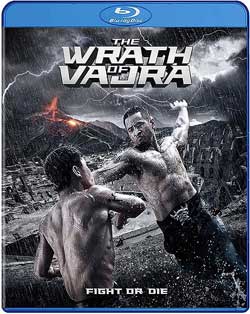 Before the West entered World War II, a Japanese death cult called the Temple of Hades is ordered to aid in the spiritual destruction of China. Their method: abduct their enemies’ children and train them as killers for the Emperor. Young Vajra was especially gifted, but swears a secret oath of revenge when his brother dies.

Now the greatest assassin in the temple, Vajra escapes to China and begins his quest to protect the innocent, and destroy the ones responsible for making him a living weapon.
A former Shaolin monk, martial arts action star Xing Yu (aka Shi Yanneng) stars as Vajra in his first leading role.

Ah, the films that make you go, hmm. I was first drawn to this film per way of its trailer. It seemed to hold all those “special qualities” that I looked for in a fictional martial arts film. The action looked pretty slamming promising some great battle moments that I knew I’d enjoy “despite” how the film is presented. The film is titled, “The Wrath of Vajra” now distributed under Well Go USA directed by Law Wing-cheong. 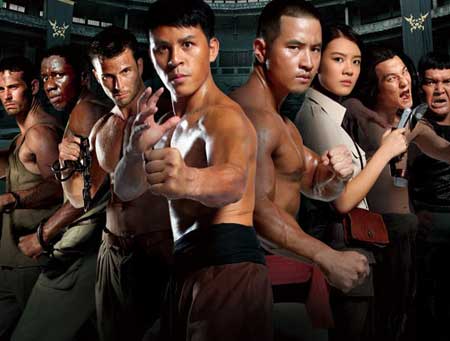 With a rather large title card, viewers are quickly brought up to speed into the historical setting of this film. I could spend alot of time detailing this out however (and in keeping with other reviews of the film), its best to just read it, absorb it and move on.

After my viewing, I came away with mixed feelings on the story itself which teeters in being mentally draining (at times). Director Wing-cheong Law took liberties to create a fictional tale that centers on a death cult by the name of the “Temple of Hades”. The cult keeps its membership up by abducting young children who are then brought in to train as future assassins and killers. Each is tattooed with a mark and number that identifies them as one of the Hades clan. As we are brought up to speed on the background and current activities of the clan, we are also presented with the capture of a multinational group of soldiers who are given 3 options as captives to the cult. The inclusion here feels more “injected” into the film than probably what was needed to keeps things a bit tighter. Regardless, just go with it, and know that better things are to come.

Taking away the story at hand what we have it a “setup premise” that leads to a tournament style staging. Of course fighters must work their way up to earn the privilege to fight higher authorities. Those who defeat 3 warriors can challenge against the king of Vajra for this title. Now at this point in the story I was beginning to get mixed up on who was a Vajra and who wasn’t. It seemed like every other sentence was calling someone else Vajra. So for simplicity lets just say that all the members of this cult are Vajra with some having more superiority than others. The top fighter can earn the title of “King of Vajra”

It was pretty clear early on that 2 of members (now grown up) of the clan would be the strongest or most skilled of the bunch. One of them named K-28 (Sung-jun Yoo) stayed with the Hades group to carry on its tradition. The other left the group at an early age to study and train under more “civil practices”. 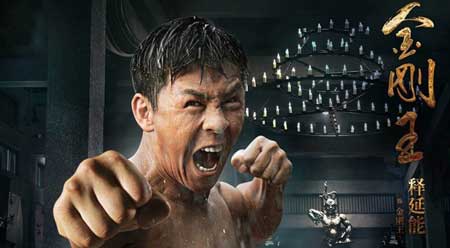 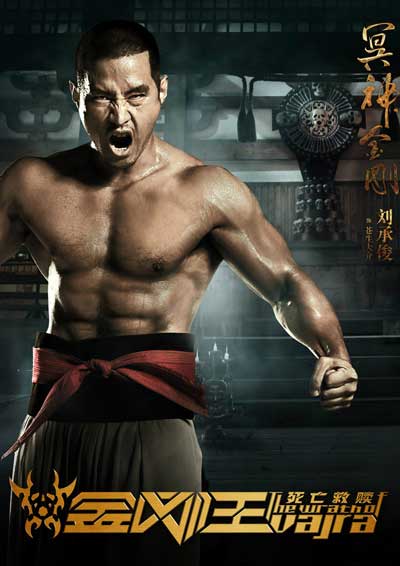 Xing Yu (character Shi Yanneng) stars as K-29, a former Shaolin monk who sets out to the temple of Hades to challenge the current leader K-28 to a duel. The motivation here seems to be justice for the kidnapped children “and” to perform a once and for all re-match with the current leader.

The highlight of “The Wrath of Vajra” arrives in the 3 matches that K-29 must battle his way up. Our first contender is the leading fighter, a man by the name of “Tetsumaku Rai” (Baocheng Jiang) who easily appears to be an Asian-version-likeness to our US wrestler “Andre the Giant”. This hulking brute, while not very fast, has remained the top contender by dishing out a large helping of intimidation and using his mass to simply crush his opponents. The setup is done well first presenting the biggest of the bunch segueing into the “craziest” of the bunch. 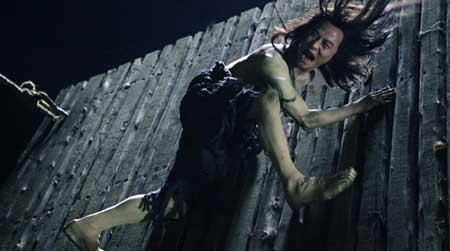 The true entertaining-contender is a very bizarre “Grudge-like” fighter who goes by the name of “Crazy Monkey” (Poppin Hyun-Joon) aka actor Heon Jun Nam. CM (for short) garners slightly on the metaphysical-end performing some of the craziest flipping moves I’ve seen to date. CM who resides in the recesses of the Temple lives mostly in darkness placing him at a disadvantage in well lit areas. The duel between K–29 and CM is the best fight scene of the film bouncing off walls like they are made of rubber. Viewers will enjoy the theatrics here that border more on fantastical. 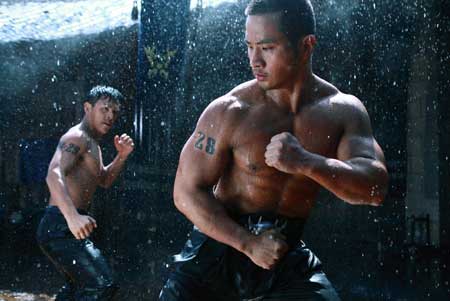 In summary, this film rocks the planet in fight scenes. The premise is muddled thus serving as a distraction at times when all we really signed up for is some bad ass brawling. Fans of martial arts cinema will be more than pleased despite all the weird cult politics and agendas.