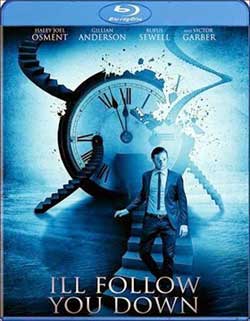 After the disappearance of a young scientist on a business trip, his son and wife struggle to cope, only to make a bizarre discovery years later – one that may bring him home.

Time travel films come in all forms. “I’ll Follow You Down” directed by Richie Mehta comes to the table with alot of heart and respect for the science of quantum physics. It’s a film about choices, family, and the alternate paths that choices could create. Supplying a worthy amount of technical savviness wrapped up in a science fiction shell, the film “I’ll follow You Down” does stay true to its purpose in telling an extremely well thought out story. It’s this story that makes for a great film to watch and perhaps a subject for discussion afterwards. Centered on physics, this movie brings alot of “what-if” notions to ponder. 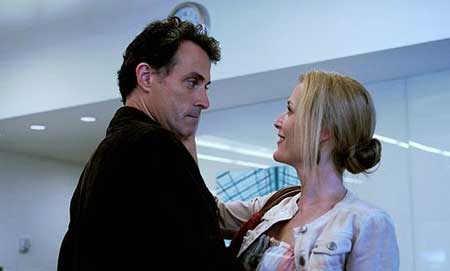 Gabe (Rufus Sewell) is a theoretical physicist on his way to an out of state business trip. After being dropped off at the airport, Gabe mysteriously vanishes never to be heard from again.

12 years pass as Gabe’s son Erol grows to become a man. Gabe’s wife Marika (Gillian Anderson – aka The X-files) struggles with the past and not knowing what ever became of her husband. Sal, Marika’s father (Victor Garber) a physics professor at the local university discovers some old crates that suggest what “may” have happened to Gabe. Gabe’s son Erol (Haley Joel Osment)a 21-year-old physics genius who can solve problems that it would take others weeks to decipher is brought into the confidence of his grandfather hoping that he might be able to solve the puzzle of time travel and the secret behind his fathers past intentions. 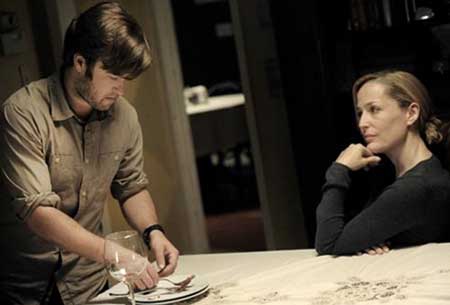 Erol, reluctant at first, is soon swayed into wanting to change the conditions of his current life to pathe the way for a corrected one. As it is understood, by changing one important condition of his past, he can wipe out present life in exchange for a more balanced one. Erol goes to work with his grandfather in hope of discovering the secrets to wormholes, time travel, and the resetting of his present variables. Quite a challenge at hand…they just might succeed with the help of his fathers past research. 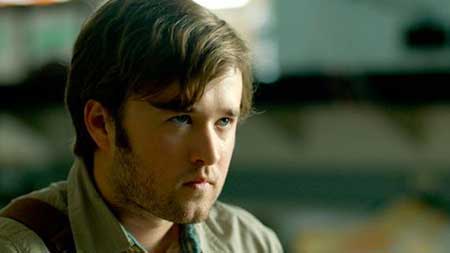 In summary, “I’ll Follow You Down” is an exciting engaging experience complete with nerdy discussions and dramatic exchanges. Haley Joel Osment who you might remember as the actor from the movie “Sixth Sense” and “AI” demonstrates a knack for dramatic acting and performance maturity. 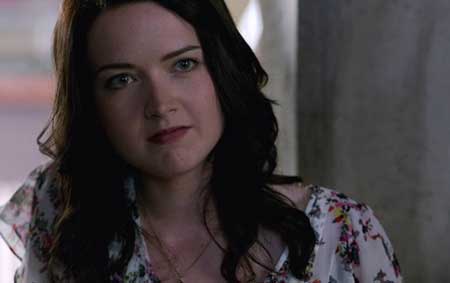 Not only a film that makes you think, “I’ll Follow You Down” is a film that is married to warm intentions supplying plenty of drama in between. This is evident in Gillian Anderson’s moving role, a great casting choice delivering an impressive amount sensitivity and emotion to the film. 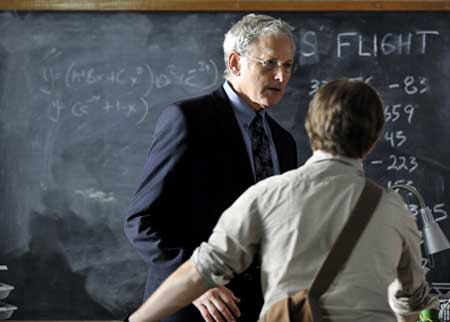 I enjoyed the film despite its mixed response. As a fan of time travel films, I suppose I’m just bias to the introduction of alternate scenarios. It’s hard to tell if the science was correct, but for general consumers, it probably doesn’t make much difference.

I’ll Follow You Down is now available on bluray per Well Go USA.