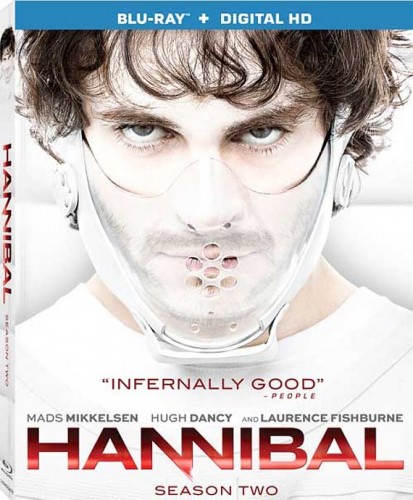 It probably goes without saying…but I really couldn’t wait for the 2nd season of Hannibal. With all the great horror themed shows on the market, this one remains my favorite to date. The first episode for Hannibal begins with a confrontation, a fight…which to us viewers says one thing…..Hannibal is due for a fall. Oddly this foreshadow almost single handed wraps up how the season is going to play out. However, don’t stop there. There is much to experience in this intelligent horror crime drama. 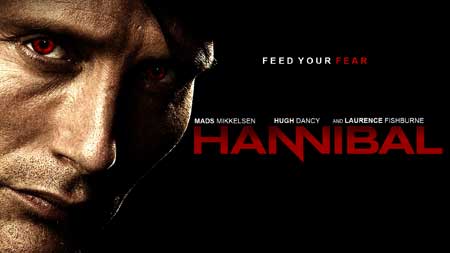 We know that despite the trials and tribulation…..Hannibal “will be” discovered for who he really is.

Continent from season 1, we find ourselves back to where we left off with Will Graham being accused of atrocious murders. Now locked up and awaiting trial it doesn’t help matters that he is half insane trying to get a grip on his own mental state while also trying to refocus his talents (of having a seer-like empathy) into the mind of the serial killer mentality to work out the details. 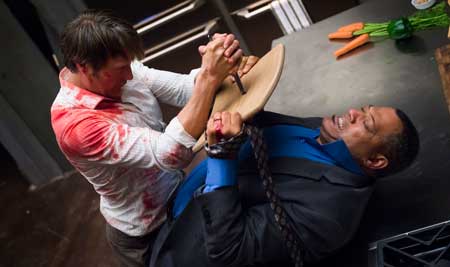 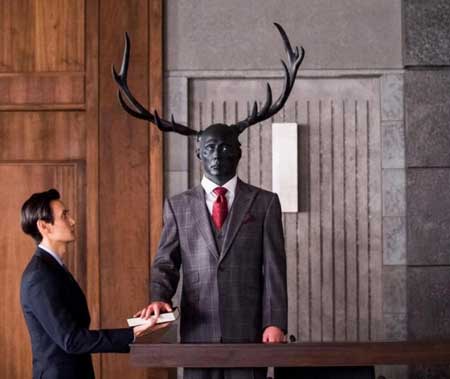 This trial is how this season intends to play out with Hannibal snickering in the background the whole time. Despite his macabre tenancies we still get plenty of concern, empathy, and insight from Hannibal in a 3rd party-like manner. Oddly he cares, while on the same note destroys methodically and with purpose. His constant reminder that Will is indeed a friend is almost sadistic to who he really is. 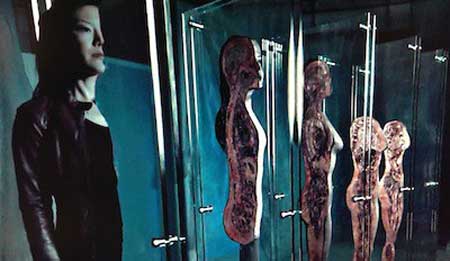 The best part of the whole series is that we really don’t ever truly feel like we understand Hannibal’s intent and comfort zone. He is clearly an artist and master chef who defines his art over the arena of killing and enjoying a nightly feast worthy of any high society gathering. Hannibal is curious about the limits and complications that emerge within the human mind and psyche. This curiosity is constantly explored thru any means necessary to keep the results rushing in. 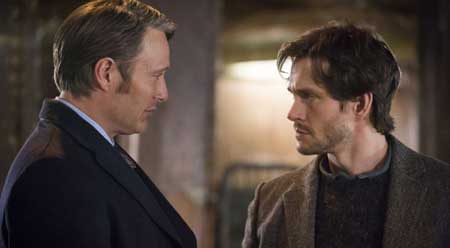 “Dark” is redefined in this TV series which takes things “much further” than any before it. We may have the zombies of “The Walking Dead” chewing on brains, but in Hannibal we get artistically macabre and sadistic kill sets that challenge even some of the most gruesome movie studio realizations. Each act, each design is presented with a certain Grand-Guignol-like beauty that while repulsive is still closer to works of art. This aspect was never more clear than the serial killer who arranges bodies to form the shape of an iris. 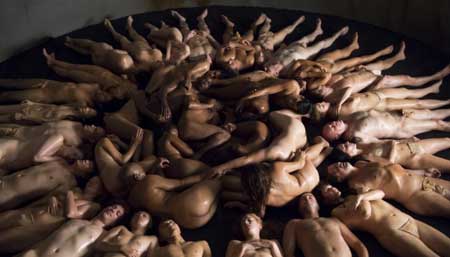 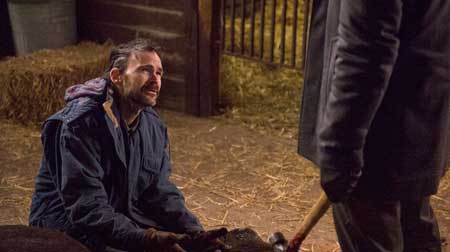 Hannibal is indeed enjoying his run which flip flops with curiosity every step of the way. Will Graham played by Hugh Dancy accepts his current state and fate which keeps him locked opposite of Hannibal and those he works with. Dr. Bedelia Du Maurier (Gillian Anderson) finally steps up to the plate of realization that her days may be numbered if she doesn’t act and remove herself from Hannibal’s playground. I hope we haven’t seen the last of her, but in retrospect she has also moved onto to the new TV “Crisis”. 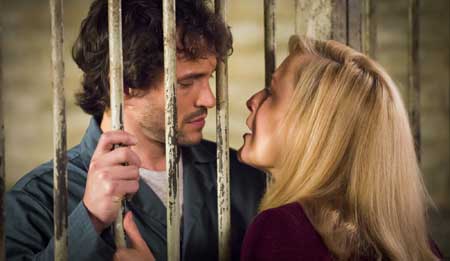 The season holds alot of surprise AND reinterpretations from where we arrived in the Hannibal films. One thing that I believe has to be said about this season is that fans will want to grab this on bluray when it is available. There is alot of dialog exchanged, and I truly mean alot! In many ways this season could be called the psychologists season as Will and Hannibal are often seen sitting across from each other discussing philosophy and perspectives. Often I found myself rewinding to recap on what was just said, though this could have been enhanced by some good subtitles to go with the dialog. What sets this series apart is its level of intelligence. I am guessing that the script writers here are really engaged with consultants and professionals who can add depth to the weekly exchanges.

New villains? Perhaps….actor Michael Pitt plays a fantastic version of character Mason Verger, a wealthy, snobbish and rudish businessman who flaunts his family’s money and manages to piss of Hannibal to the point of a horribly self inflicted mind screw that while rough to take in …..feels somewhat appropriate as a just reward to Verger’s sense of self importance. You’ll have to take the journey to experience the surprise. 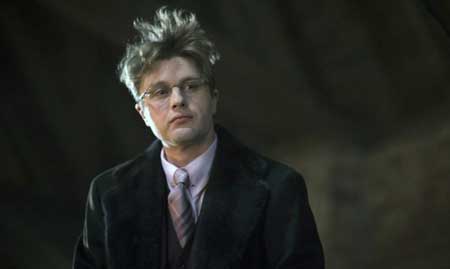 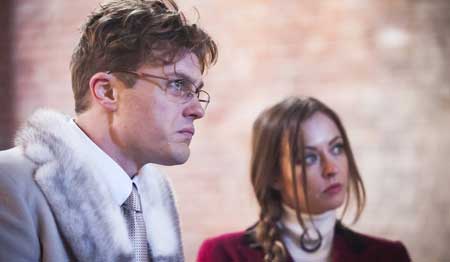 For viewers, we have already heard that the series is leading up to the universe of “Red Dragon“, a movie much revered with its key players Anthony Hopkins & Edward Norton taking on the roles played out in he series. Though with all we know about Hannibal, I still feel like “this” Hannibal universe is closer to an accurate embrace of the character than any before him. Mads Mikkelsen is simply amazing in a role that will surely escalate his career from the lesser films that came before this. With that said, this feels like too much of a good thing to see it brushed away in network politics like many shows have followed suit over the years. 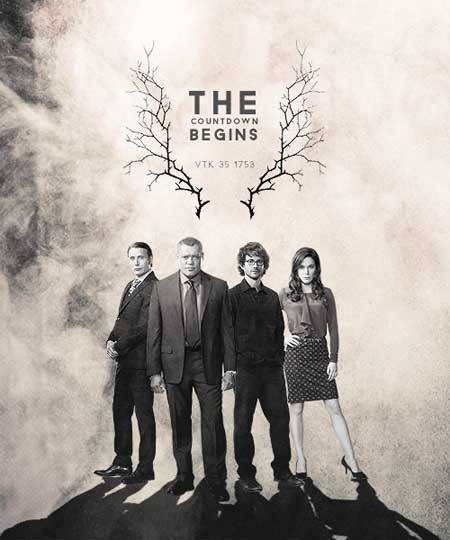 As season 2 rounds out it was announced that “On May 9, 2014, NBC renewed Hannibal for a third season.”. With the final episode of season 2 rounding out a great experience, I’m that much more curious as to where it goes from here. It goes without saying, but has to be said, that “Hannibal” the TV series is a one of kind experience of dark excellence!

Hannibal season 2 is now available on bluray per Lionsgate which includes a tasty amount of extras and special features:

Hannibal season 2 on bluray is a the perfect experience for enjoying this season complete with subtitles, crystal clear picture and experiencing the ultra-violence imagery that this series brings to the table in the way it was meant to be seen. The extras provides more in depth behind the charcters and the FX used in the series