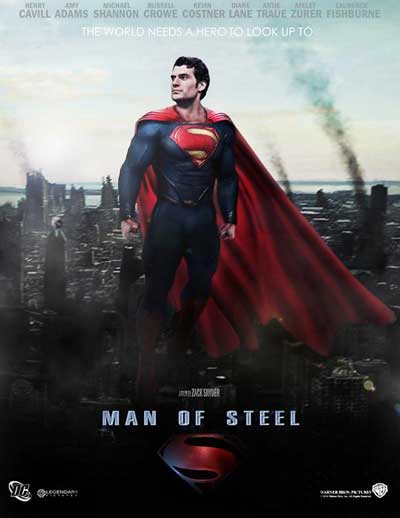 A young boy learns that he has extraordinary powers and is not of this Earth. As a young man, he journeys to discover where he came from and what he was sent here to do. But the hero in him must emerge if he is to save the world from annihilation and become the symbol of hope for all mankind.

It’s been seven years since Hollywood attempted to resuscitate Superman and bring him back to the big screen in a big way. Back in 2006 it was director Bryan Singer who tried to make us believe a man can fly with “SUPERMAN RETURNS” but that film ended up being an exercise in tedium featuring a Superman who flew around and brooded rather than save the earth. This time out director Zack Snyder gives it a shot and although he succeeds in making a bracing, fast moving film, he fails miserably in reigning in a script (by David S. Goyer) that doesn’t make anyone watching care too much about the characters on screen. 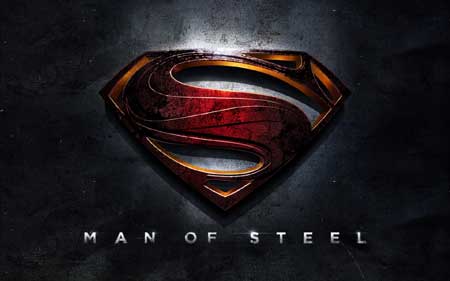 The film assumes that everyone already knows the backstory detailing how the infant Kal-El ended up on earth but since this is a bigger & better Superman movie it goes over the story one more time anyway. So we meet his father Jor-El (Russell Crowe) and mother Lara Lor-Van (Ayelet Zurer) again and we learn of how the leaders of the planet Krypton have tapped into the planets core too deeply searching for a new source of power to keep their planet alive. But they’ve gone too far and have caused irreparable damage to Krypton and the planet is doomed to blow up, destroying an entire race as it does so. Kal-El & his wife have planned for just such an emergency though and have crafted a spaceship to transport their only child, Kal-El, to the nearest planet that can support his alien physiology. That planet is Earth. 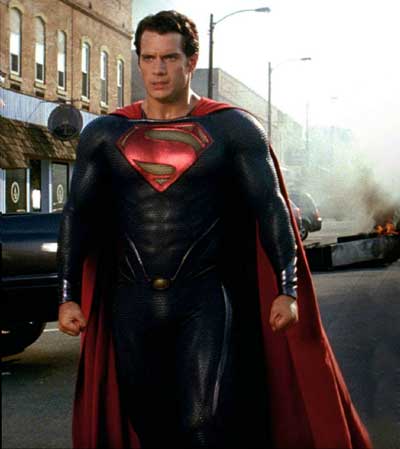 General Zod (Michael Shannon) tries in vain to intercept the vessel carrying the infant because Jor-El has stashed something away in the c**kpit with his only child. Something that might be able to restore Krypton to it’s former glory if he can recover it. But he’s intercepted and sentenced (Along with his cronies) to life in the Phantom Zone from which there is no escape. What happens next? The infant gets away, the planet blows up, the baby lands in Kansas and is found and tended to by the Kent’s (Kevin Costner & Diane Lane) and Kal-El slowly learns who he is over the following 33 years. Unfortunately for him (& all of humanity), Krypton’s destruction made it easy for Zod to escape and, after searching for 33 years, he’s finally found Kal-El (Known to everyone on earth as Clark Kent). Zod arrives on earth demanding Kal-El’s surrender and chaos ensues for the rest of the movie.

There’s a lot that Snyder has done right here that the last Superman film failed to do. Firstly he cast Henry Cavill (2011’s “IMMORTALS”) as Kal-El which might have seemed odd since Cavill is an Englishman but he’s pretty much perfect here as Kal-El/Clark Kent. He does a bit of brooding in the beginning as he finds himself just trying to get through life, drifting from job to job with no sense of direction or purpose. but as the film continues and he discovers who he is, his countenance lightens up and while he still isn’t the life of the party he accepts his destiny with a stern brow and a twinkle in his eye. The supporting cast performs as well as they possibly can given the massive amount of CGI effects they have to spend a lot of the film acting against. Michael Shannon is an especially angry General Zod with none of the dismissive attitude that Terence Stamp hilariously brought to the role back in 1980 (“SUPERMAN II”). Shannon’s Zod is a vengeful character who wears his intentions on his sleeve. He’ll stop at nothing to get what he wants and doesn’t understand why Kal-El won’t help him achieve his goal so he’ll just eliminate him instead. The other major role here is Lois Lane and as played by Amy Adams she’s softer looking than Margot Kidder was in the same role but remains just as hard headed. She’s light years tougher than mousy Kate Bosworth was in the same role seven years ago. 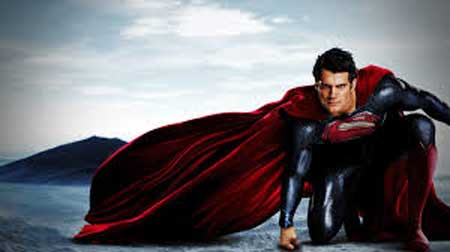 The CGI crew obviously had no financial restrictions whatsoever bringing the script to life. There’s a serious surplus of special effect magic on display here, especially during the last 40 minutes during which Kal-El (He’s actually only called SUPERMAN once in the entire film) battles both Zod and his flunkies. There’s so much destruction going on here that it’s almost hard to keep track of it all with skyscrapers falling down and cities being laid to rubble as the Kryptonians slug it out. I’m sure the film’s intent was to make the finale of last year’s superhero epic “THE AVENGERS” nothing but a distant memory and it wildly succeeds but it becomes so absolutely manic at certain points that you might not know who it is that’s flying through multiple buildings after being punched in the face. It certainly isn’t boring but a little restraint would’ve helped the overall flow of the battle and made it a lot easier to follow. 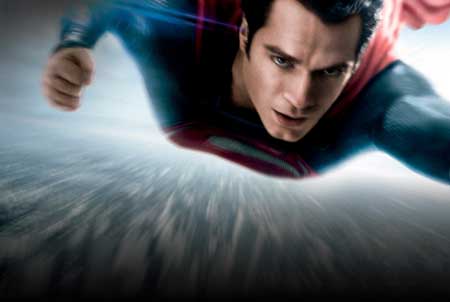 What Snyder did wrong with “MAN OF STEEL” is allow Goyer’s near humorless script to run way longer than necessary. At one point I truly believed the film was all over only to realize that it wasn’t even close and there was another 20-25 minutes to sit through before it was all done. The script really wants to tie up as many loose ends as it can before the incredibly endless and over the top final battle but all it does is leave us a bunch of characters that are only there to take up space as Cavill and Adams overwhelm them. None of the supporting characters are developed at all and are only there to move the film along. It left the film feeling a bit hollow to me especially since the idea here is that Kal-El is looking for his true family. By ignoring the people who surround him (& Lois) throughout the film a real opportunity was lost and I didn’t get a sense of the family that Kal-El was so desperately seeking. All involved do what they can with their terribly underwritten characters but they can only do so much before the focus is shifted back to the three main characters. 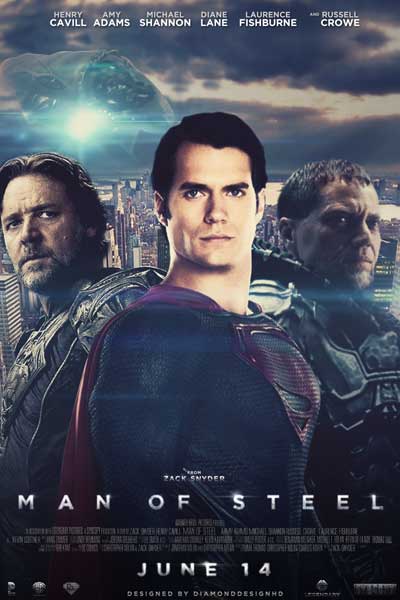 “MAN OF STEEL” looks like it cost eleventy-seven bajillion dollars (give or take a few cents) and every cent of it’s budget is onscreen, it’s an amazing thing to look at but it doesn’t have too much of a heart beating at the center of it. Whether or not that matters to a big budget summer tentpole film like this one remains to be seen. Although it isn’t especially light (a film like this screams for a bit of humor), I really did like “MAN OF STEEL” a great deal and I’d love to see the further adventures of Kal-El & company but I didn’t love it and I so wanted to love this movie. What it does right, it does exceedingly right. Unfortunately, what it does wrong nearly overshadows all of the right and left me feeling a bit dissatisfied at the end. But I can recommend it to anyone who’s even remotely interested in the superhero genre. It’s a good but not great re-introduction to the character and I think it serves a good springboard for future sequels.