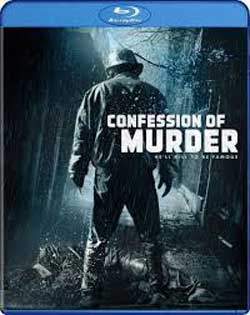 After the statute of limitation expires on the murders he has committed, Lee Du-seok publishes an autobiography describing all his murders in great detail. Detective Choi, who investigated Lee’s murders 15 years ago starts the chase once again and Han Ji-soo, who lost her daughter to Lee, pledges vengeance. Meanwhile, another killer appears, casting doubt to whether Lee is the real serial killer. The key here is how well the story juggles the truth and how solid the description of the characters’ tangled relationships is.

With action scenes flying at you from the minute this film starts, “Confession of Murder” has plenty of raw delights suitable for any crime thriller fan. I received this title as a new Well Go USA product. I had not expected the title or heard anything leading up to its release. Sometimes, I’ve found that those are some of the best films to experience…….completely anonymous. 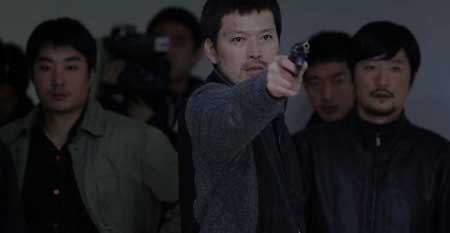 This Korean mystery was originally titled “Nae-ga sal-in-beom-i-da” (say that 10Xfast…) created in 2012. It is directed by Byeong-gil Jeong as his debut feature directorial.

The film begins with a masked man committing murder followed by Detective Choi (Jae-yeong Jeong) chasing him thru the streets. This high energy run leads thru and across city buildings on foot before the shooter is cornered on a nearby roof top. Pausing for a second on this moment, I found the camera work to by quite aggressive with 1 scene even suggesting that the camera man had to follow the chase and jump “into the building” to get his unique camera perspective. This aspect was short lived, but well worth mentioning as a instant high point. 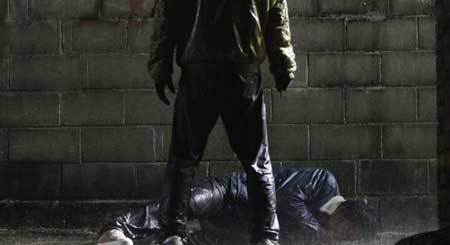 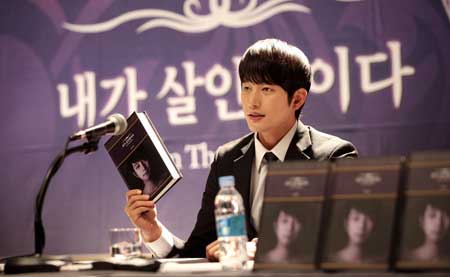 The killer gets away and leaves Choi with a scar to remember him. This really is the lead up to the beginning premise that carries the them of the film. The killer reveals himself 17 years later (which is 10 years after the statute of limitations expired on being convicted) in the form of a newly released book titled “Confession of Murder”. The author Lee Du-seok (Shi-hoo Park) arranges a press conference which only furthers to launch his new publishing when he appears live sporting an attractively pleasant demeanor. Women are smitten by his boyish good looks. In short, we are presented with a form of media sensationalism that mirrors our fickled system today by this instant poke-fun-at approach. 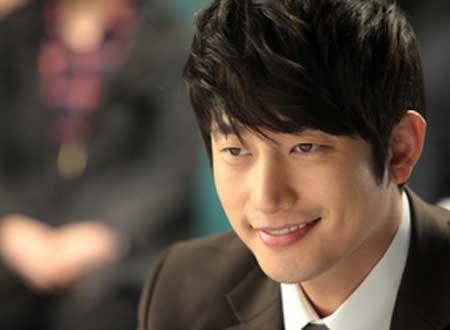 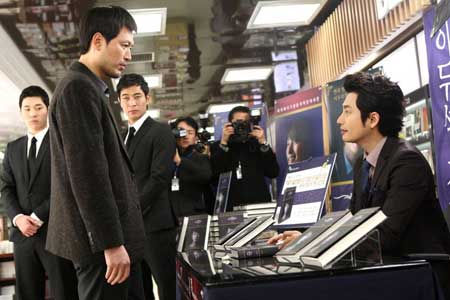 As the author becomes an instant celebrity and sells over 200,000 copies of his book, Choi begins to question if the killer is legit and how a system can celebrate a confessed killer making him a millionaire.

“Confession of Murder” is a prime example film of how the Asian culture will tend to focus their films premise on the idea of sensationalism. This same notion was also presented in the film “Suicide Circle” under a different presentation. However, just when you begin to think that the entire film is centered on the celebration of a overnight villain, it begins to get to the heart of it plot which is indeed more closer to a mystery whodunit movie than anything. 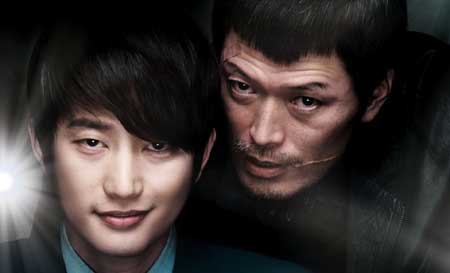 What also separates this film from American culture is the absurd notion that the presumed antagonist and protagonist are invited to a live debate on television. Society is presented as shallow and misdirected as they cheer on the villain and exalt him to an unwarranted status. Choi only becomes more determined and disheartened by the who ordeal with a clear agenda that will surprise engaged viewers.  As we round out our suggested narration about media focused individuals, another kink is throw into the machine with a 3rd individual stepping forward….the real killer, perhaps? 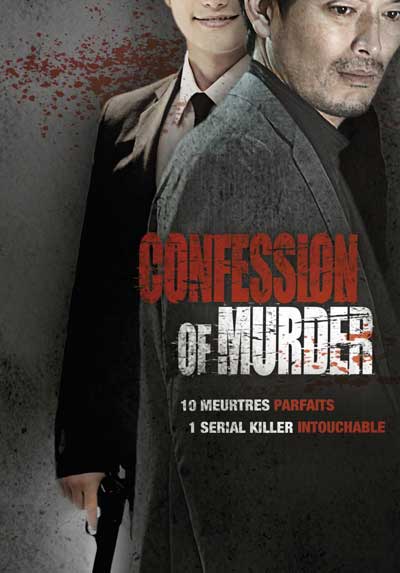 “Confession of Murder” is a smart and well-rounded film that managed to stay away from the traditional horror elements that serial killer films tend to adhere to. In other words, no blood, no torture scenes, and very little in the way of actual horror.

Rather this film is clearly rooted to be a murder mystery, aka partial dark comedy, revenge film. It covers all those bases in a clever way making for a great overall story to take in one sitting. The diversity of elements makes for a cool movie that is definitely worth a solid watch.