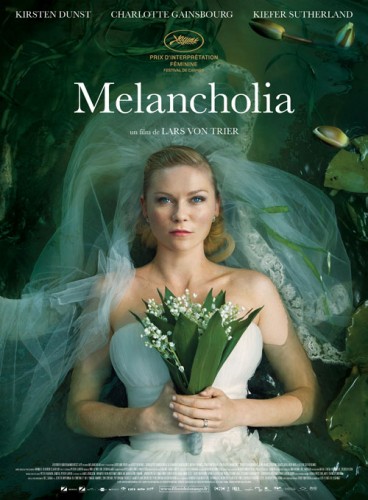 Two sisters find their already strained relationship challenged as a mysterious new planet threatens to collide into the Earth.

Director Lars von Trier has a style that not all may agree with. Though in his latest effort titled Melancholia, he does achieve taking you on a journey that has you contemplating and guessing every step of the way. I’m often at war in my own views as to what a film should archive. These questions come in the form of …should I really be given all that I seek or should I let the holes fill in themselves with a realization that only comes in full immersion. 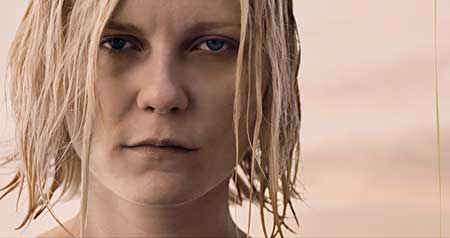 Such is the film Melancholia which by normal standards arrives as a unassuming sci-fi achievement. Kirsten Dunst, gives a powerful performance that runs the gamut of emotions. Your not sure whether to like or hate her. This is the achievement of a well versed actress who understands the big picture.

Speaking of the big picture. Melancholia really requires a close engagement into its rhythm. The film is divided per title card into 2 acts. The first centers on the sister Justine (Kirsten Dunst) who has just been married and is struggling with her decision.The 2nd half of the film is titled “Claire” (Charlotte Gainsbourg) and centers around the older sister who is married to an extremely wealthy scientist John (Kiefer Sutherland). 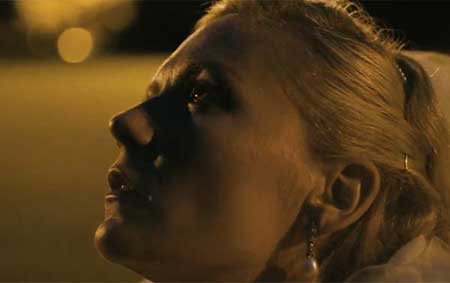 Thru introduction of both action and association we begin to meet the characters within this film. To review this film is almost to break it down into an understanding. For one, it’s a slow grind into resolution, which in some ways never entirely arrives (in all aspects). The main importance is to noting the building of details that arrive to the finale.

Justine, a seemingly happy newlywed has a caring dream husband that by every intention is a perfect match. Michael (Alexander Skarsgård) never strays from this role even when things are obviously turning sour. Justine who we later find suffers from depression and anxiety, can’t help but notice the approaching star that hovers overhead. This star has been named “Melancholia” which is actually a small planet that threatens to crash into Earth. This point is strengthened as the film progresses per way of discussion, actions and then the realization from the outside world that we find from Claire’s simple online search. 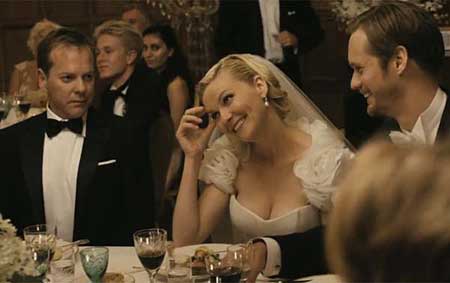 Alto of the first half of the film, is often confusing without knowing the full details. An extremely well funded wedding reception provides the focal point here with some of the guests projecting a persona that doesn’t fit the event. Much of this is never really disclosed, though it begins to stack up when we learn of the imposing cataclysm. Justine, who almost seems selfish in her response suffers from an intuition that says “what’s the point”. Her employer announces promotion and yet cant seem to even leave the work behind at her own wedding. Her mother has given up on life and knows what awaits. Her father does his best to smile and engage into the event but also realizes a unavoidable realization. 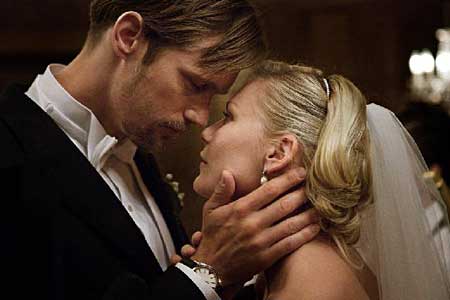 Claire is the older caring sister who finds that even under the protection of a castle, she cant hide from the truth. Her husband John, wears his best mask of hope but knows within what the consequences are. 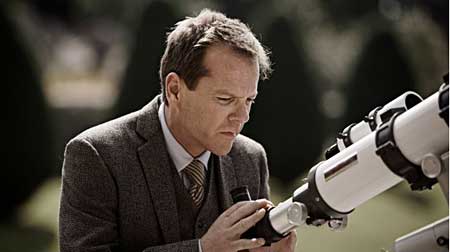 I think if you stack up all the pieces, much to follow will make better sense. Claire who is the focal point of the 2nd half is coming to the realization that every thing will not be picture perfect. Even in the threat of obvious planetary disaster her fairytale life has largely veiled her emotions. Though its this act that the roles reverse while Justine begins to accept with Claire having to finally face up to what’s ahead. I think from a reverse perspective you can trace back on the details and figure out why things were as they were presented. Lars von Trier has taken the road less traveled. First of all this is a beautiful film that offers more than one exceptional framing event.

It’s well cast and really does an excellent job at showing the ugliness within our own society whether under champagne and extravaganza or not. This simple fact is a underlying notion that is revealed within the dialog and opinions brought into the script. Finding excellence is sometimes misleading, as the movie doesn’t not cater to everyone’s standards. It does require reflection and understanding without spelling out every perception. I think the message here was that beauty can be ugly, that not every perfect situation means that everything will end up perfect and that we cant ignore what’s right in front of us. A surprise fantastic achievement of film making and directorial vision, “Melancholia” is a fine work of art.