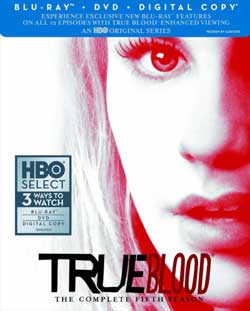 While I’ve made the statement in the past, that I thought True Blood was getting weirder, this season takes the cake for different directions so far. And yet somehow we all assumed it was heading this direction anyhow. True Blood Season 5 is not my favorite from the series. I suppose my reason for this, is that it was far more interesting keeping most of the action in the town of Bon Temps and among its locals. Season 5 does so in “some” capacity, but also has most of the main Vamp characters hanging out in an underground (political-driven) meeting sanctum where the elite vampires in power have gathered to pass judgement upon others (and the world for that matter). We learn alot about the league of vampires itself and their power struggles. We meet a few new bodies and we also see a bunch of them killed in the process. The setup as we are joined with these vampires is currently under the power of their leader (Christopher Meloni) Roman Zimojic. Now of course he stills serves the god Lilith as the ultimate declared ruler, but together they have spent centuries plotting their place in the world. As it’s put… they prefer the idea of mainstreaming (which is to keep peace among the humans despite their wisdom and pride as being superior to them). 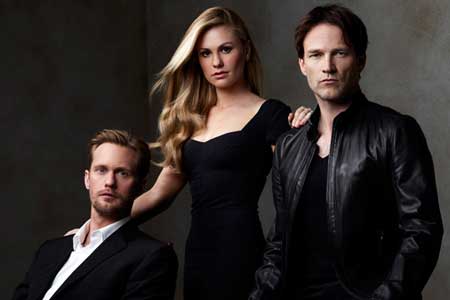 There are several sub stories that take place in this season which should be no surprise to True Blood Fans:

Tara Thornton (Rutina Wesley) is brought back from the dead after being shot by Debbie. As a vampire (the only way she could be brought back) she is now the “child” of Pam Ravenscroft ( Kristin Bauer van Straten). The irony here is that as a hater of vampires, she now has to deal with her new reality. This lands her under Pam’s care as a server for her Vamp bar “The Fangtasia”. 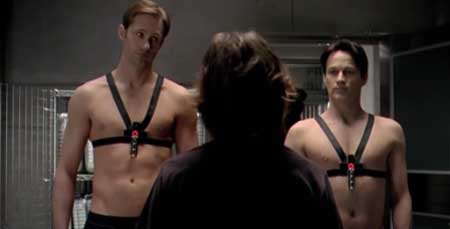 Meanwhile things are heating up within the Wolf pack! Alcide Herveaux (Joe Manganiello) is forced to take up a new perspective on the idea of the wolf pack as he is threatened and also forced to deal with their vamp-blood addicted leader.

Bill Compton (Stephen Moyer) now fully assimilated into cult mode, begins to transform into a darker version of himself obsessed with the blood of Lilith and becoming her chosen one. There are alot of surprises in this new revelation including “quite the amount of bloodshed” and slain vampires. 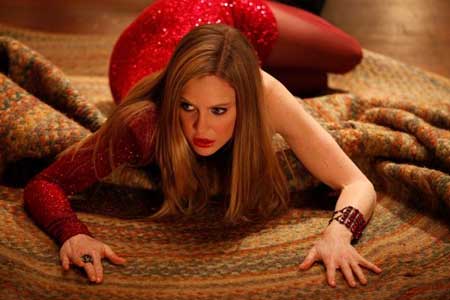 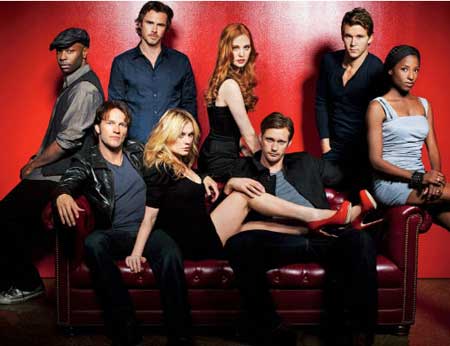 Eric Northman (Alexander Skarsgård) now rejoined with his incestuous sister (Lucy Griffiths) Nora Gainesborough, also becomes part of this vampire legion. Though his aim is to deter the league from their master plan of claming the world and destroying the human relationships they have worked hard to achieve. There are some great scenes in this season that has Eric taking out troublesome vamps very quickly (and quite completely). 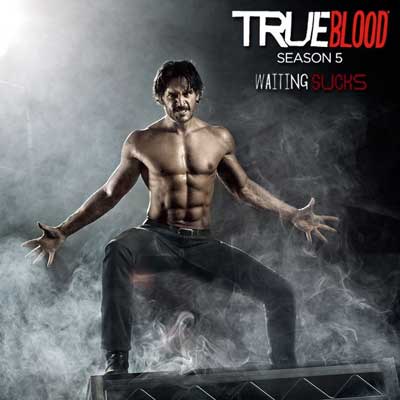 Russell Edgington is resurrected from the grave by an accomplice which momentarily raises the bar on his lust for power. Being one of the older vampires, Russell soon reclaims his place among the higher more powerful vampires to walk to the earth. His lust for power leads him to the lair of the fairies of which he must confront the fairy queen herself. Prior Eric and Bill find themselves assigned to the task of digging him up from the underground and bringing him to the counsel for judgment.

Andy Bellefleur (Chris Bauer) tries to make best of his new relationship with Holly and her family. The appearance of one of the fairies he slept with a few weeks ago complicates matters when she shows up pregnant with his child. 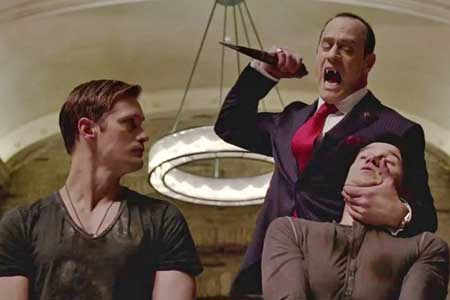 Terry Bellefleur (Todd Lowe) has to deal with his past demons literally in the form of a smoke creature that hunts him and his old war buddies down for retribution. This puts a strain on his relationship with Arlene but also offers the opportunity to clear his past and conscience.

As you can tell, there is alot going on in the True Blood world. One change this round is not focusing on the love interests of Sookie and letting the other characters evolve more in the story lines. Sookie has her one encounter with Alcide but this is quickly short lived making room for the new stories to take foothold within the True Blood Universe. Gone is the character Jesus Velasquez (who is only presented as a severed head) and an overall sense of keeping the gay factor this round left to the past seasons. It is apparent that the writers of this series choose to take focus on specific realities within the True Blood universe, each leaning one direction or the other. For fans, you will finally get to engage more within the political nature of the vampires and less on Sookie’s breasts (though I’m not sure that’s is a good thing) 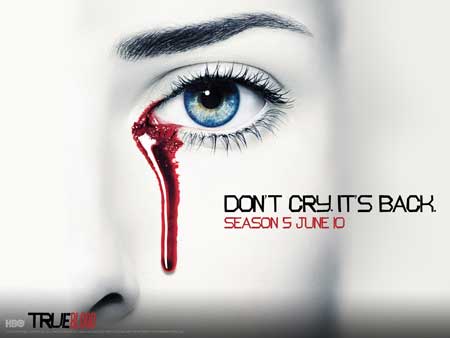 As always, the Bluray release of True Blood (Season 5) is a fantastic package. It’s available on Amazon for half price, so fans are urged to get em while they are affordable. The 7 disc set should be enough, …..however I wanted to mention its extras that come along for the ride. 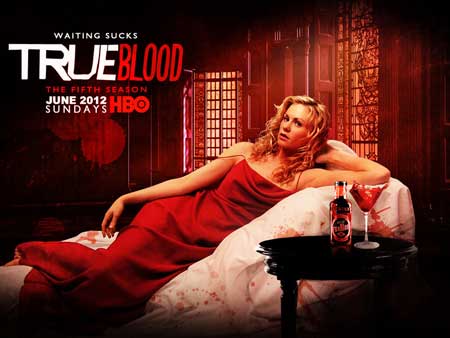 Extra Stuff included on the Bluray:

Inside the Episodes: Get the back-stories on each episode with revealing interviews from the show writers.

True Blood Episode Six: Autopsy: Join the cast and crew as they dissect the major events of episode six and provide an in-depth, behind-the-scenes look at how True Blood is made.

True Blood Lines: Uncover secrets from relationships past and present in this engaging, fully interactive “”re-Vamped”” guide and archive.