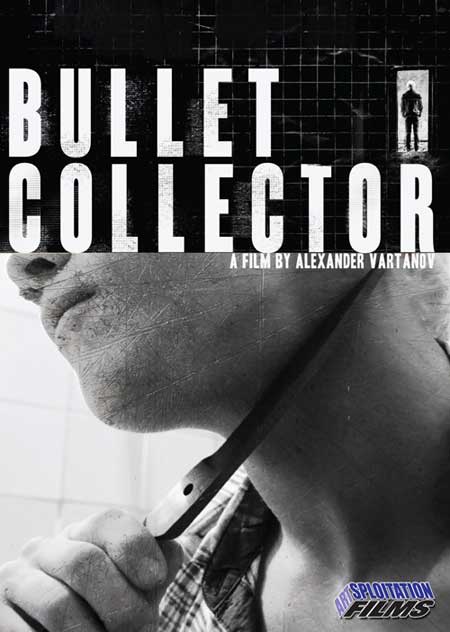 Bullet Collector follows the traumas of a wide-eyed 14-year-old boy. Recalling the world of Antoine Doinel in FranÃ§ois Truffaut’s The 400 Blows, this unsettling, visually brilliant drama updates that classic by giving it a nightmarishly Russian spin.

The Russian film, Bullet Collector (aka Sobiratel Pul), is a dark and bleak tale, a kind of anti-coming of age story about a young boy who is on the wrong path. Directed by Aleksandr Vartanov (Blueberry Fields Forever) and co-written by Vartanov and Yuriy Klavdiev (Everybody Dies but Me), this film has been called a nightmarish Russian take on Truffaut’s 400 Blows. I’d add a comparison to A Clockwork Orange as well, as we follow a 14 year old boy named On (Ruslan Nazarenko) as he just tries to be a kid in a world that insists on twisting him and changing him and pushing him toward the darkness. 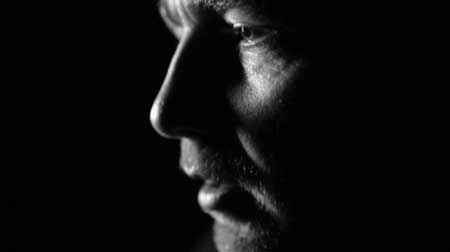 Bullet Collector opens with On looking into a mirror and cutting himself, and within the first minutes we can already know see is a troubled youth. Cut to the boy sitting at the table with his stepfather, blood trickling down his arm. His stepfather blames him for not waking him up, and the boy spits in his father’s drink. Outside, On sees a man beating on a woman. He steps up to help, but is beaten down by the man. Once the man leaves, the woman who On helped yells at him for interfering. This is On’s reality, so it is no wonder why he prefers to live in his own world, a new reality which he has created.

Throughout the film, we learn little bits of On’s imaginary world. He tells his girlfriend all about it, and she seems somewhere between believing him and humoring him, maybe a little of both. He says his father was killed when he was young, but that he was a bullet collector, a person who takes bullets from crime scenes before police get there. He also says that the bullet collectors and the wood borers are enemies, and he himself needs to hide out because they are after him. 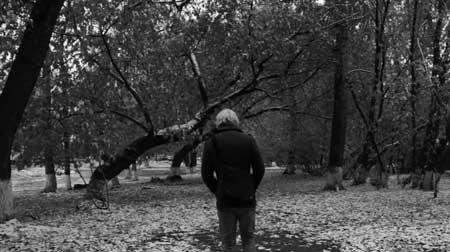 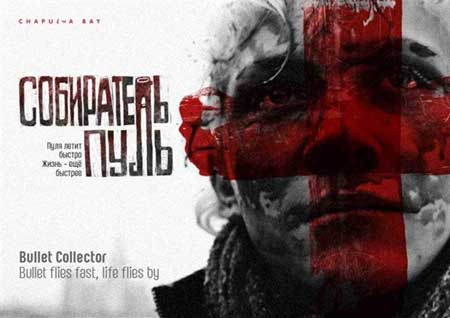 At the same time, adding to the “other” world On has created, the director adds in surreal, sometimes horrific images and visions that creep into On’s life. At one point, while On and his girlfriend hang out in an old empty building, some criminals bring a guy in there and kill him. When On goes home, he see the man in his house, tearing out his own guts and wrapping them around himself. Other times, a boy wearing a wolf mask speaks to him, “helping” him to plot out his future. And so, when less fantastic things happen, such as when a man sits on a bench next to On and tells him of a maniac on the loose who steals human organs, or even when On gets a nosebleed and rubs the blood on his face in war paint fashion, it’s hard to know for sure what is real and what is fiction.

When On gets roughed up at school by a couple bullies, and he ends up stabbing one in the leg, and chasing another into the street where he is hit by a car, things go from bad to worse. On wakes up in the hospital with a broken arm, but that’s the least of his troubles – he is being charged for the fight, and is being taken to a juvenile detention facility. And so this film is divided, the first half a story of a child with a dead-end home life, and the second half a prison story. It is here behind bars that he decides to make some friends and try to break out, and it is also here where the line between fact and fiction wavers even more, all the way up to the climactic, bloody finale. 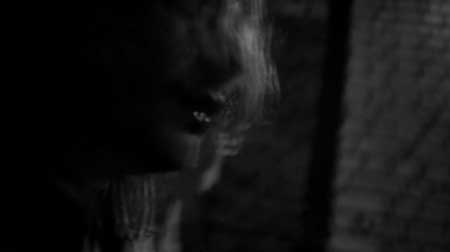 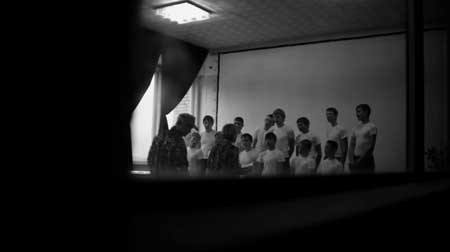 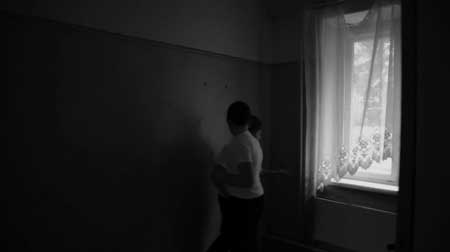 Bullet Collector is not so much a horror movie as it is a disturbingly dark drama. It is shot in black and white, and looks amazing throughout. Our anti-hero is just as easy to sympathize with as he is to despise. It is obvious from his home life that he hasn’t been helped to find the right path, but at the same time, the way he acts out toward his girlfriend, as well as to others at school and in the correctional facility, is hard to ignore. He comes across as the troubled hero, the Jack Kerouac type from On the Road, as likable as he is hateable, but profoundly interesting either way. And this is the strength of the film.

This is a must see for fans of art films and hard-hitting tales, but I can also see where the average horror fan might not get into it as much. It is shot great, the acting is good, and the story, while often times confusing, is a sad and well written one. This isn’t as surreal as a Jodorowsky or Fernando Arrabal film, it’s more along the lines of some of David Lynch’s work. It is a gripping story, a creatively made film, and one that will stick with you for some time.