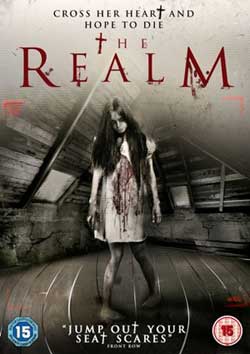 A group of friends unite to experiment with the ill-fated Ouija Board for one of the youth’s internet blog. Within no time the friends each realize they’d gotten far more than they’d bargained for as the spirits unleashed begin their unholy descent in terrorizing each of their individual lives.

I think anyone that is familiar with my reviews will testify that I’m hardly a fan of the ‘foot footage’ subgenre. It isn’t that the premise isn’t unique or interesting it’s simply something that’s been bludgeoned to saturation, sifted through grit, drained and re-saturated again. There are some monumental first person persona horror flicks, one cannot deny this. And of course there are others that never should have made it past the brainstorming process. 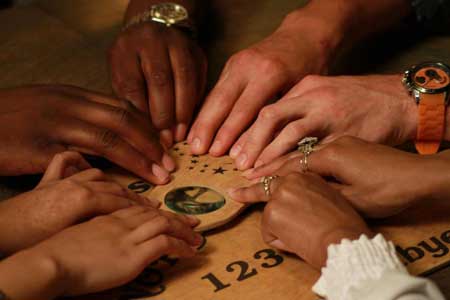 The Realm is thankfully more lenient towards the monumental side. Cinematography techniques such as repeated focus and un-focus, unpredictable cuts, pans and first person point of view while talking directly to the camera are utilized with delicacy and balance creating an overall product of authenticity. We don’t deny the film’s integrity in terms of its amateur appearance and are somewhat drawn further into the plot. 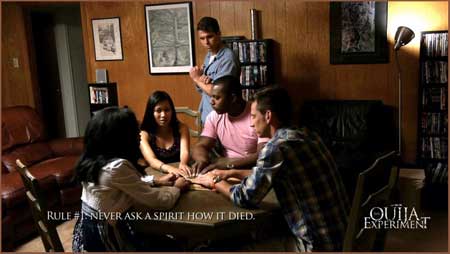 Each of the characters from Michael, Lynette and Calvin are dynamic and entertaining. We invest into them immediately as they’re fun and someone who we may ordinarily interact with. Their humorous interactions with one another are a welcome break from the steadily rising tension of the eerie gateway to the afterlife that could be unleashed at any particular moment. Their dialogue is current and contemporary which should cater to a large, youthful audience. The use of technological references such as video chat via Skype, Youtube, and iPhones should appeal to young crowd.

Some inconsistencies begin to arise after the first half of the film. We get a glimpse into Lynette’s apartment (not that we’re complaining) but it causes confusion for the viewer. The film is allegedly told through Brandon’s camera but clearly his camera was left at Michael’s home. So how exactly are we privy to the plot unfolding under Lynette’s roof? It may confuse or irritate some viewers and sadly there will be far from one person that will reject the production as a result. The Realm deserves a fair shake and forgiveness should be kept in mind with this minor fallacy. 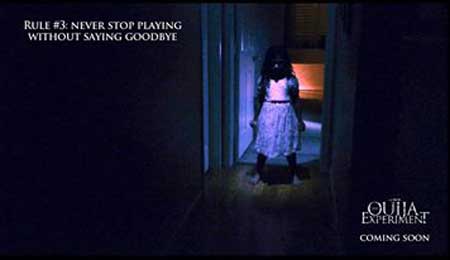 Around the one hour ten minute mark the plot also takes an unusual turn. The audience is subjected to some exposition into how the spirits that haunt the board were perished while still living. Again it muddles the plot sequence and we’re a little confused how this could be conveyed under the guise of a found footage film. It’s execution is sloppy as a result but if you can stick with it to see where it’s going, you won’t regret it.

For the most part the special effects are impressive but also at others on the primitive or laughable size. Keep in mind the movie was produced on a shoestring budget of twelve hundred (yes you read correctly) twelve hundred dollars. It’s just another indication or evidence that you don’t necessarily need a massive Hollywood budget in order to release an eerily delightful horror film in its own right.

The final act is chilling and thought provoking, well worth the minor flaws along the way. For fans of the afterlife genre or the unexplained, The Realm is most definitely worth a try.