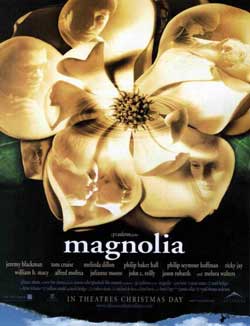 An epic mosaic of several interrelated characters in search of happiness, forgiveness, and meaning in the San Fernando Valley.

A most peculiar name for a film that only fashions a single flower on its cover..”Magnolia“, as titled refers to the petals of life and their interwoven purpose. “Magnolia”, is A filmed that has become a cult favorite directed by (also cult favorite director) Paul Thomas Anderson. You might recognize the director from his other cult favorite “Boogie Nights“. Then again its not too hard to make the connection as this film features alot of the same actors as featured in Boogie Nights. 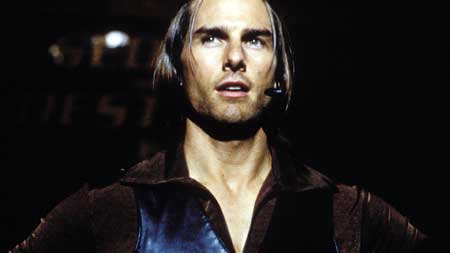 The movie runs at a lengthy 188 mins, but is quite a turning of events and storylines. The intro which at first almost seems misplaced is actually a foreshadowing that sets you up for the notion that at times paths cross and destinies become intertwined. The intro which I’ve always loved details a few weird occurrences that ended up being connected in odd ways. Such… as the son who loads the gun thinking his mother will shoot his father and then hits the son in a freak accident as he is committing suicide.

The present is presented as a series of lives that are at first non-related and completely different. They all run parallel with the next following each within their own isolated tragedies. The subplots are meant to demonstrate a heightened state of characters who all have to face their own true natures and the issues of finding happiness and facing regret. Expect a full circle of events in this one. 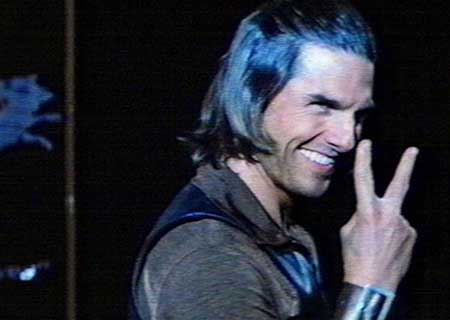 We meet male advice speaker (Tom Cruise) Frank T.J. Mackey, a well known TV ad salesperson and all around “d*ck” male chauvinist who runs a speaking engagement tour (that sells his advice to men who have issues getting women into bed). The role is at times edgy and frank, but in some odd way, I got the sense that we are seeing perhaps a true portion of Mr. Cruise coming to the table. Yet all is not as it seems as we learn more about who he is and why he came to be the way he is in his later life.

This character trend continues as we meet each of the films personalities and follow into their lives.

William H. Macy plays Donnie Smith, a former child wiz kid that gained a small degree of celebrity status as a TV genius who won an early round on the TV show, “What Do Kids Know?”. The show is also brought into the present as a new young genius Stanley Spector deals with his family and viewer expectations. This mirrors the later Donnie Smith, who now out of work and obsessed about his teeth, “claims” that he has become stupid over the years.

Police officer Jim Kurring (John C. Reilly) upon investigating a disturbance meets a young lady by the name of Claudia Wilson whom he is instantly smitten by. She equally attracted to Kurring must deal with her past and her current drug use issues. We learn early on that she is the daughter of game show host Jimmy Gator who hosts the show “What Do Kids Know?”. He has come full circle in his regrets now much older having to deal with a fatal form of cancer and his past wrongdoings. 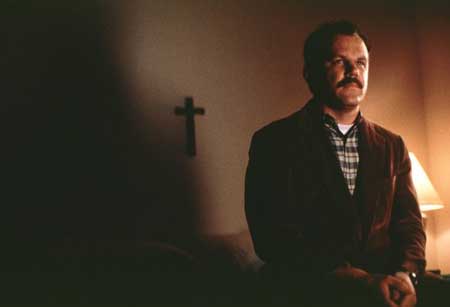 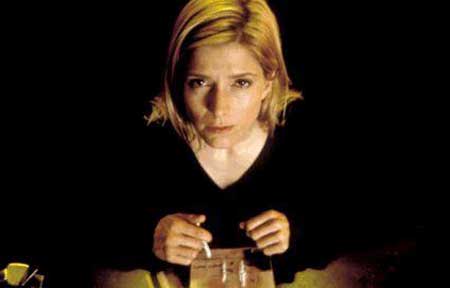 Earl Partridge a former producer of the show is also dealing with his final days and a case of fatal cancer. His wife Lydia, a much younger “goal digger” is left to face her regrets about how she really feels and a legacy of prescription drug use that is on the verge of becoming equally fatal. Philip Seymour Hoffman plays the role of Earl’s nurse and care taker Phil Parma who becomes involved in the family’s life and the hearing of Ear’ls dying confessions. He contacts Earls distant son Frank T.J. Mackey as a final dying wish. Mackey must face the legacy of pain that was left behind when Earl abandoned his dying mother. 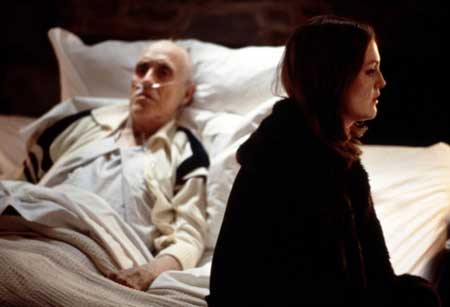 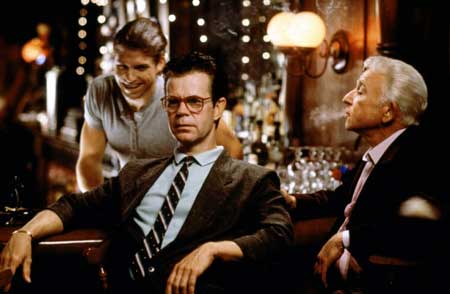 As each of these sub stories evolve, we begin to see the relationships between them all.

The film takes a most interesting turn when the sky begins to rain frogs in the 3rd act. This, while an offbeat sequence to occur within the narrative, is suggestive of the Bible’s raining of frogs. The event causes a change reaction of occurrences that each effect the subplots in various ways. The event is quite a visual circus as frogs rain down in droves.

Those who are astute will notice additional connections and film symbolism such as the use of the game “Frogger” in the background. There is also a certain affinity with Masonic symbolism. “Magnolia” is a term which refers to the street, Magnolia Blvd (where much takes place) but has also been suggested as a relationship to the “falling of things from the sky”. This flower is used in several of the paintings seen in the film. 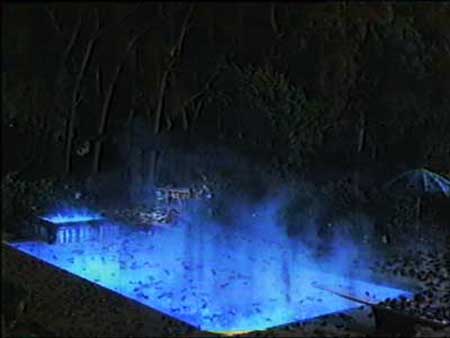 One of the trademark techniques used in this film was Paul Thomas Anderson’s use of single continuous takes that move from action to action without cut-away (This also used in his film “Boogie Nights”). In other sequences camera edits were used that cut from one reaction to the other in almost seamless transitional cuts.

A standout mention to this film is the perfectly suited soundtrack that is (mostly) composed, sung and written by singer performer Aimmee Mann. The tracks are interwoven with a flavor that acts as a unseen character within the narration. If anything is to be said of this film, it’s that one should seek out this beautifully composed soundtrack.

In closing, the film is highly regarded receiving several awards. It was less favorable in box office returns but favored by movie critics. It’s offbeat circumstances clearly separate the film from more commercial releases leaving a strange but wonderful experience behind that will sit with you long after the film. Even longer, are those “Mann” songs that embrace and comfort in a most melodic way. A brilliant piece of work!